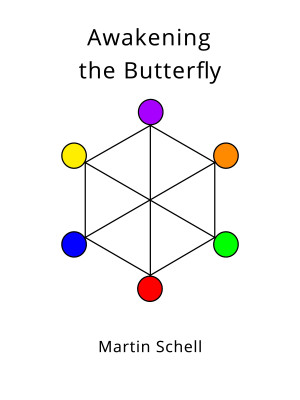 Suppose humanoids from another star system came to earth not as mentors or monsters but as trading partners. Earth could not compete with the economy of scale of their production and distribution network. A multicultural team of earthlings develops time travel that is based more on spirituality than science. They summon a man from the 20th century to help Earth emerge from its planetary doldrums. More
To you, my prospective reader:

Suppose humanoids from a relatively close part of our galaxy came to earth not as mentors or monsters but simply as trading partners. Earth could not compete with the economy of scale of their production and distribution networks, which would be supplied by raw materials from a wide variety of planets.

Early in the 22nd century, half a century after the arrival of these aliens, our planet has become economically depressed, exporting raw materials and mirroring the dependency of Third World countries during the 20th century.

A multicultural team of earthlings based in New York City has developed a limited form of time travel that is based more on spirituality than science. They summon a man from the late 20th century while he is dreaming, in order to get information that may enable Earth to emerge from its planetary doldrums and participate more fully in the interstellar community.

Awakening the Butterfly is a quantum fiction novel that takes its title from a famous poem by the Taoist philosopher Zhuang Zhou (Chuang Tzu). The story develops an old idea that the human soul has components, a recognition that is utilized by a second team of earthlings who specialize in limited teleportation.

Consensus reality is presented as a physical phenomenon as well as a social one. In this future world, computer games are used for work instead of play. The plot explores other aspects of humanity’s future including: romance, ethnicity, education, literacy, baseball, and planetary government.

This book is self-referential, emulating The Saragossa Manuscript but set 300 years later. My aim in offering it is to broaden the scope of imagining the future and inspire the reader by introducing some concepts that you’ve probably never encountered before.

I was born in New York City and grew up in its suburbs. I have been a fan of science fiction for over 50 years. I worked as a technical writer in California in the early 1980s, then crossed the great water to Japan. After a few years, I migrated south to Thailand and then Indonesia. I have been living in the hometown of my wife in Central Java since before we married in 1997.

You have subscribed to alerts for Martin Schell.

You have been added to Martin Schell's favorite list.

You can also sign-up to receive email notifications whenever Martin Schell releases a new book.