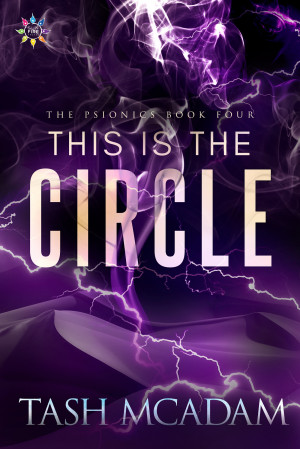 This is the Circle

But when the Eaters take her, Thea manages to regain control. The tables have turned. Now she has to pretend to be Cassandra to survive—but fortunately her time in the Institute prepared her well. If she tries to flee, she’ll be killed, but if she stays with the cannibal hordes she’s bound to be discovered. Escape seems impossible, but help—and friendship—comes from an unlikely source.

Toby and Serena have their hands full fighting the invading Eaters and trying to track down leads on where Thea could be. Cut off from his twin, Toby’s relationships with ARC deepen and grow, but he’s consumed by his guilt and his need to find Thea.

The cannibal threat looms ever closer, and with one of their best weapons either lost or disabled, ARC has to decide what their priorities are. Should they try to kill her, or save her?

Tash is a 30 year old teacher candidate at UBC in Canada, although they were born and raised in the hilly sheepland of Wales (and have lived in South Korea and Chile before settling down in Vancouver). Tash identifies as trans and queer and uses the neutral pronoun ‘they’. They’re also an English teacher and fully equipped to defend that grammar! They have a degree in computer science so their nerd chat makes sense, and a couple of black belts in karate which are very helpful when it comes to writing fight scenes.

Their novel writing endeavours began at the age of eight, and included passing floppy discs back and forth with a friend at swimming lessons. Since then, Tash has spent time falling in streams, out of trees, learning to juggle, dreaming about zombies, dancing, painting, learning and then teaching Karate, running away with the circus, and of course, writing.

They write fast-paced, plot-centric action adventure with diverse casts. They write the books that they wanted to read as a queer kid and young adult (and still do!)

You have subscribed to alerts for Tash McAdam.

You have been added to Tash McAdam's favorite list.

You can also sign-up to receive email notifications whenever Tash McAdam releases a new book.