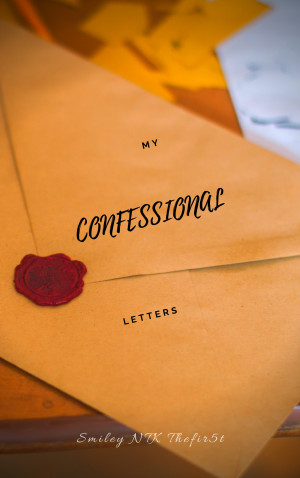 My Confessional Letters is a collection of poems written over different periods of time, over a number of years, to date. The first of the My Confessional Letters poem, 'The First Letter: Dear Namakau' was penned in 2014, a confession of Smiley's feelings for this girl, which he never got to deliver. "The book is full of the confessions of what I should've done but never did, what I did but should never have, decisions and indecisions, experiences and what impact they've had on my life. Through this," Smiley says, "the aim is to draw lessons that incite change, in the reader, and me, because ministers not only speak to other people; to have a winning spirit, grow to trust the Lord God to overcome procrastination, that can greatly hinder one's progress in life. Mindset matters, happiness is an attitude, so is winning."
Available ebook formats: epub mobi pdf lrf pdb txt html
First 20% Sample: epub mobi (Kindle) lrf more Online Reader
pdb
Price: $3.05 USD
Buy Add to Library Give as a Gift
How gifting works
Create Widget
Tags: coming of age poetry depression spiritual growing up sin zambia mcl my confessional letters smiley ntk thefir5t
About Smiley NTK Thefir5t

Smiley NTK Thefir5t is storyteller utilizing different devices to tell tales to the universe.
Born Kondwelani Ngulube, he is a multi-talented artist and Author, whose is love for the literary arts surfaced at tender age. While in his first grade, his teacher would call him to her desk, and ask him to create stories, in his own words, from images she would give him. Though the task was meant to keep him from sitting idly after a class task -- he wrote too fast, as expected --, it would later inspire in him a Poet in 2013, when he wrote his first poem, &#39;WISDOM&#39;; Script Writer in 2015, first doing a rewrite of the play &#39;WHO AMONGST US?&#39; by Lytton Phiri Jr.; Director in 2016, for Chazanga Primary School&#39;s Drama and Poetry, alongside JR The Second; and now Author.
Growing up he attended Kizito Basic (Now Primary) School up to eighth grade, then moved to Twalumba Basic School in grade nine. He did his high school at Highland High (Now Secondary) School.
Hailing from humble beginnings, he is an artist keen to explore and experiment in different avenues of art, and has love for Christ Jesus, aiming to inspire, motivate and exalt. His works draw inspiration from life itself and the world at large, for he prefers dynamic, outside-the-box thinking than to the confines of single mindedness. And he is not one that easily gives up on a good thing, hanging on the quote, &quot;It is better to try and fail than fail to try; and when you do try, and fail, try again. Creation was not completed in a day.&quot;
Smiley has made appearances on various platforms such as G.I.J&#39;s POWER Of TRUTH Concert, Word Smash Poetry, The Poet Spring and The Cliquerz&#39;s OPEN MIC KNIGHTS.
His debut book, MY CONFESSIONAL LETTERS, a poetry ebook, was released on 5th December, 2019.
Smiley NTK Thefir5t is founder and co-founder of E.P.I.C Motion Media and Blaak Roots Poets, respectively. He lives in Lusaka, Zambia, with his three brothers, and an overused notebook. And that is also write.

Reviews of My Confessional Letters by Smiley NTK Thefir5t

You have subscribed to Smashwords Alerts new release notifications for Smiley NTK Thefir5t.

You have been added to Smiley NTK Thefir5t's favorite list.

You can also sign-up to receive email notifications whenever Smiley NTK Thefir5t releases a new book.