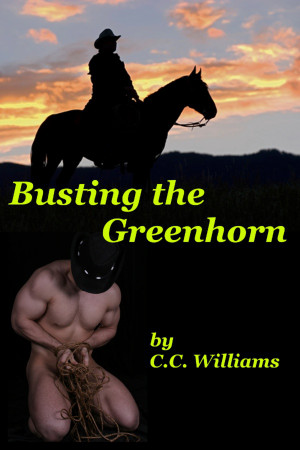 A chance meeting leads a young writer and an older rancher into a country/western two-step the likes of which neither has ever dreamed. More
Tech blogger, Jake Landon, is on a mini-vacation. Having escaped San Francisco for the quiet Russian River, Jake seeks nothing more than a relaxed three-day-weekend getaway. Stetson-wearing horseman, Chet Hairston, is an old hand at stallion breaking, He’s used to having things his way . . . or else.

Crossing paths one night in a restaurant, the two men begin a game of cat and mouse. Each unfamiliar with their opponent, neither man is sure of the ultimate goal . . . just his own raging desire. Can the strong, masculine rancher rope in Jake's passion? Could a willing and adventurous city boy be the one to fill that void in Chet's bed?

Busting The Greenhorn rides hard and puts you away wet!

After moving several times about the country and Europe, C.C. Williams currently resides in the Southwestern United States with his partner JT. When not critiquing cooking or dance show contestants, he is at work on several writing projects.

He invites you to find out more at ccwilliamsonline.com or to join him on Facebook at facebook.com/c.c.williams.author, on Goodreads at goodreads.com/ccwilliams or on GLBT Bookshelf at bookworld.editme.com/ccwilliams 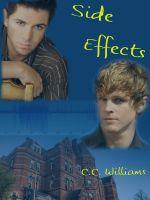 You have subscribed to alerts for C.C. Williams.

You have been added to C.C. Williams's favorite list.

You can also sign-up to receive email notifications whenever C.C. Williams releases a new book.