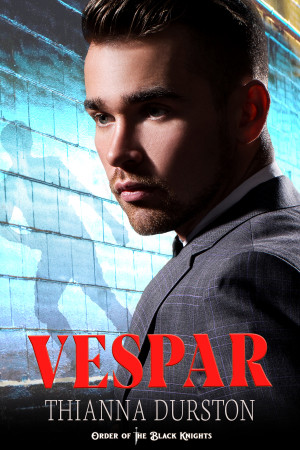 Marcolm Rogers thinks he's safe, going to school far away from his mob-boss father. Mid-Senior year, he can feel danger approaching. Just as he’s about to run, he meets Vespar McKauley. When Vespar says he can protect him, Marc wants to believe. But he’s been hunted before, and this time he isn’t sure he’ll get away. Especially when he finds out he is Vespar’s target. More
Special ops turned hitman Vespar McKauley is hired to take out Marcolm Rogers, son of his contract’s worst enemy. But Marc isn’t like any hit he’s ever done. He’s just twenty-one, he goes to a private university studying English Lit, and for fun he plays computer games with his friends. No drugs, no partying, no crime. The day he bumps into Marc and looks into his azure eyes, the world drops out from under him.

With his father in the Chicago crime syndicate, Marc and his mom have stayed out of the limelight, hiding from those who might harm them. He figures he’s safe at a small liberal arts university all the way across the country. But midway through his senior year, he feels eyes on him and the shadows encroaching. Just as he’s about to run, he meets Vespar and experiences an instant attraction. When Vespar tells him he’s in danger and offers to protect him, Marc wants to believe him. But he’s been hunted before, and this time he isn’t sure he’ll get away. Especially when he finds out he is Vespar’s target.
This book is not currently available in any format because it has not yet been released—available 2020-03-12.
Price: $4.99 USD
2020-03-12
Pre-release
This book will be available
March 12, 2020
Add to Library
Create Widget
Tags: thriller suspense gay lgbt glbt mm mob
About Thianna Durston

Thianna Durston is a writer by day and supernova by night. Or at least that’s what the faeries tell xem. And who is xe to deny those pesky *cough* lovely little creatures?

Xe lives in the Pacific Northwest, though xys heart belongs elsewhere. In the meantime, until xe can return to the place xe calls home, xe happily lives in a city that still thinks it’s a small town. Thankfully, it has given xys muse lots of amusing places to start a story.

About the Series: Order of the Black Knights

Every century has seen its knights. But there are those who are never seen. They do what must be done, what has to be done—when nobody wants to get their hands dirty. They are called the Black Knights. First created in the 1100s by the wizard Moriel, these men seem cold and hard, and it is said that some have no soul. But for each knight, there is one who can bring out the man who waits inside. The question is whether or not he will kill the individual before he figures it out.

Through the ages, they’ve conquered and ruled and taken what they wanted. And they have adapted to modern times. Instead of being bullies for hire, they have taken their skills further—the internet, the CIA, government infiltration, hacking, special ops, assassination, but each one of them has a need they don’t understand—to squash, kill, or destroy.

You have subscribed to alerts for Thianna Durston.

You have been added to Thianna Durston's favorite list.

You can also sign-up to receive email notifications whenever Thianna Durston releases a new book.