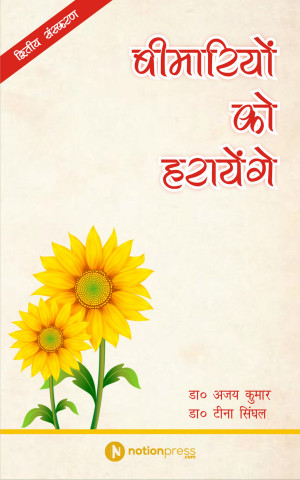 Dr. Ajay Kumar is Assistant Professor in the Department of Kayachikitsa and Panchakarma at Government Post Graduate Ayurveda College and Hospital, Varanasi. He has completed B.A.M.S. in 2005 from the same college and after this completed M.D. and Ph. D. in Kayachikitsa from Banaras Hindu University. His main areas of specialisation are hypertension, cardio-respiratory and diabetes. He has published so many books such as Hypertension in Ayurveda, Male Infertility and Management, Bimariyo ko Harayege, Madhumeha, Kayachikitsasutram, Bheshaj Darpan & Kayachikitsa. About 20 research papers have been published in international and national level journals & More than 200 health related articles have been written for national level news papers by him. He has presented guest lectures in more than 30 international and national level seminars, and also organised several seminars. He has been awarded & Jeevak Award by Himalaya Herbal Health Care, Ayurmedha Award by Charak Pharma, Excellence Award by AIMIL, Charak Award by Nirog Street with Collaboration of Min. of AYUSH, Ayurved Dhanwantari Samman by District Naukayan Sangh, Varanasi, Kashi Gaurav Award by Hockey Varanasi, Vaidyamitra Award by District Olympic Association, Varanasi, Ayush Gaurav award by Banaras Hindu University and Baikunthi Ayush Research and Social Welfare Society, Lucknow and Teachers Innovation Award by Sri Aurobindo Society.

You have subscribed to alerts for Dr. Ajay Kumar.

You have been added to Dr. Ajay Kumar's favorite list.

You can also sign-up to receive email notifications whenever Dr. Ajay Kumar releases a new book.