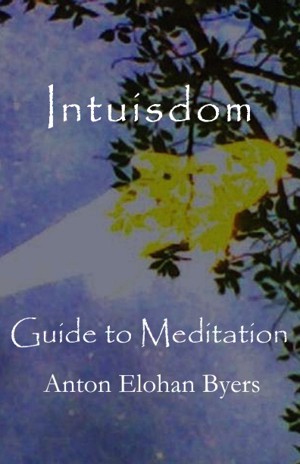 I grew up suspecting there was more to the world than the culture around me seemed to know about or care about. But it took me decades and dozens of dead ends to figure out what that was and how to access it. It wasn’t in traditional religions (at least in the ways that they are typically taught), it wasn’t in the hard sciences or the social sciences, it wasn’t in pop culture psychology, it wasn’t in cults and it wasn’t in the popular notion of success. It was extraordinarily simple and it was inside.

Exactly which twists and turns I took in those years doesn’t really matter. What does matter is that this simple discovery was made primarily through a process of simple meditation. And through distilling what I found over and over again I found I could use it and teach it in a simple manner as a pathway to personal and spiritual development.

This path is called Intuisdom by me only because it needs a name (my wife and I settled on this name together, though we recognize that it is only a name and nothing more). It is intrinsic to the human makeup, psychology and relationship with the rest of the world. It is not proprietary, as it has been identified for thousands of years in one way or another. However, it does require a distilled set of observations and teaching method to teach in a way that functions fairly quickly and without exhaustive efforts and expense.

You have subscribed to alerts for Anton Elohan Byers.

You have been added to Anton Elohan Byers's favorite list.

You can also sign-up to receive email notifications whenever Anton Elohan Byers releases a new book.