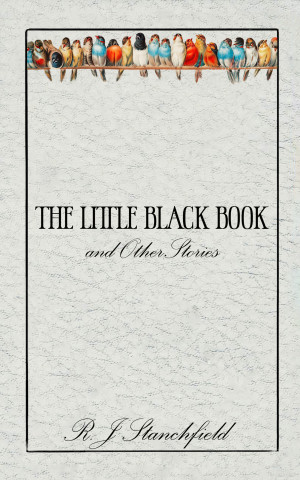 The Little Black Book (and Other Stories)

“Maybe that is the undying hope I have: that the world will change, that people will understand that as they have had the hubris to steal and mishandle the earth and its peoples for selfish pride, that they have also shown great compassion. My hope is that compassion will rule, and Mother Nature will hear the tones of passion and allow the people to repair their misdeeds.”

Ronin James “R. J.” Stanchfield, storyteller, has journeyed through existence, including opposing the war in Vietnam, being a founder of the United States Green Party, and closing not one, but two, nuclear reactors. He was a whistleblower at Shoreham and, a few years later, found the purposely hidden “lost pages” describing the radioactive leak at Brookhaven National Lab’s High Flux Beam Reactor.

Ronin went from heavy industrial construction to two decades of high-end residential design and construction, building mansions in Southampton, East Hampton, Sag Harbor, and Shelter Island. During these years, he always made time to get involved in creative projects — whether it was to make a movie or write books.

He has worked for Billboard and the Chelsea Clinton News, and written freelance articles for many of the Hampton’s newspapers, including Dan’s Papers.

You have subscribed to alerts for R. J. Stanchfield.

You have been added to R. J. Stanchfield's favorite list.

You can also sign-up to receive email notifications whenever R. J. Stanchfield releases a new book.