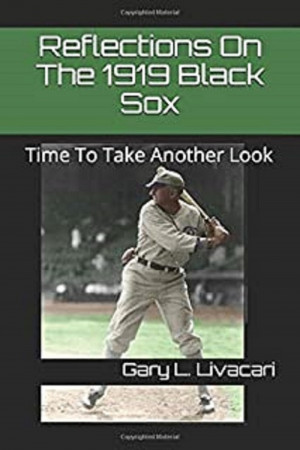 Reflections on the 1919 Black Sox, TIme to Take Another Look

By Gary Livacari
Reflections on the 1919 Black Sox attempts to discover what really happened in the scandal that rocked baseball to its foundation in 1919. More
It always struck me as odd that there were conflicting views of what actually transpired between the white lines during the 1919 World Series. For instance, I always found it strange that the eye-witnesses, those who actually viewed the play in person, did not see any suspicious play. This included the umpires, the official scorer, the great majority of sportswriters, and the Reds players. In addition, there were thousands of fans in attendance over the eight-game Series and apparently they saw nothing unusual.Christy Mathewson, on-hand in the press box looking for a suspicious play, concluded it was impossible to “throw” a World Series. Reds’ manager Pat Moran was quoted as saying, “If they threw some of the games they must be consummate actors, and their place is on the stage, for nothing gave us the impression they weren’t doing their best.” Umpire Ernie Quigley noted that except for a couple of spectacular plays, most notably one by the Reds’ great centerfielder, Edd Roush, and another by Morrie Rath, the entire Series would have had a different outcome. Reflections on the Black Sox Scandal attempts to uncover what really happened.
Available ebook formats: epub mobi pdf lrf pdb txt html
First 20% Sample: epub mobi (Kindle) lrf more Online Reader
pdb
Price: $4.50 USD
Buy Add to Library Give as a Gift
How gifting works
Create Widget
Tags: black sox baseball 1919 world series shoeless joe jackson baseball history dead ball era white sox comiskey buck weaver gambling scandal
About Gary Livacari

Baseball historian Gary Livacari is a long-time member of the Society for Baseball Research (SABR) who enjoys writing about baseball. His forte is identifying ballplayers in old photos. For many years he did player identifications for the Baseball Fever web site. He was also an editor for the Boston Public Library Leslie Jones Baseball Project, helping to identify ballplayers in almost 3000 photos from the 1930s and 1940s. He has written biographies for the SABR Bioproject, plus numerous published articles and book reviews.

Gary Livacari is the co-editor of the Old-Time Baseball Photos Facebook page which has grown to over 75,000 followers; and he is also the developer, administrator, and editor of the Baseball History Comes Alive web page, which also enjoys a large following. He has written two other books: Memorable World Series Moments, and Paul Pryor In His Own Words -The Life and Times of a 20-Year Major League Umpire.

Gary and his wife Nancy reside in Park Ridge, Illinois. He can be contacted at: Livac2@aol.com.

Reviews of Reflections on the 1919 Black Sox, TIme to Take Another Look by Gary Livacari

You have subscribed to alerts for Gary Livacari.

You have been added to Gary Livacari's favorite list.

You can also sign-up to receive email notifications whenever Gary Livacari releases a new book.