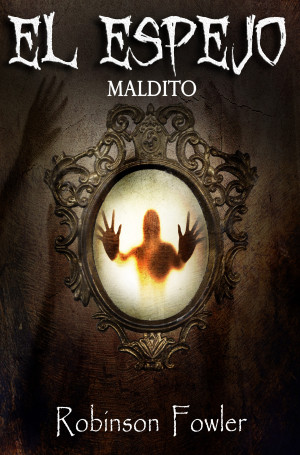 Robinson Fowler is a Peruvian writer of science fiction, horror, drama, short stories of terror and children stories, who was born in Trujillo in 1987. He attended his first education at the National School José de San Martín, then, in 1999 he continued his studies at the Dante Alighieri Private School, where he discovered the stories, in his hours of happy reading, of the writer Julio Ramón Ribeyro, which he took as a great reference and inspiration of his writings, together with the poet and writer Cesar Vallejo. Between 2004 and 2006 he studied everything about editorial design, where he consolidated his knowledge in the beautiful art of layout and editing of texts in the different text editing programs at the Institute of Graphic Design and Editorial PICASSO.
In March 2006 he began his studies at the Institute of Computing and Information Technology, Leonardo Da Vinci, which concluded in 2008; year in which he began to give himself completely to the letters, writing several stories on his personal blog, which he deleted following the advice of his mentor.
Those stories were of horror, a genre that he's been passionate about since he was conscious.
Since 2008 he worked as a web designer and desktop application programmer at HN Connection (HNC), an associated company, dedicated to the computer in both branches: hardware and software, but his true vocation was marked. He continued to write compulsively not only Stories of Terror, but also Stories about Drama, others for Children, never stopped in his dream of being a writer.
In October 2012 he decided to study Industrial Engineering at the Engineering University, a profession with which he felt identified and absorbed much knowledge about business, thus resuming the business with his colleagues/partners of the company HNC, and thus achieving internal improvements, as the distribution of computer accessories to its customers and the quality of service of its employees with respect to customer satisfaction.
In 2012 he began his work in the company of Industrial Plastics, CODIPLASTICS MAX SAC as a logistical assistant, in which, until 2017, he still continues with his tasks as Logistic Supervisor, is that he decides to resume his true passion: writing.
With a business with his partners and working in this new company, he decided to concentrate on literature one hundred percent. His true passion.
He currently has three books published in the most popular e-book retailers in the world. These three books are his first writings, short horror stories, but they are not the only ones. He wrote a trilogy that hopes to finish soon to edit it. He has also written a satellite book to understand his Trilogy, The Mirror.
Continue contributing to the world of literature is his greatest desire in life. And he has already begun. 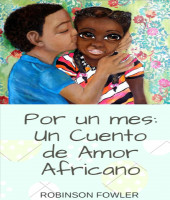 You have subscribed to alerts for Robinson Fowler.

You have been added to Robinson Fowler's favorite list.

You can also sign-up to receive email notifications whenever Robinson Fowler releases a new book.