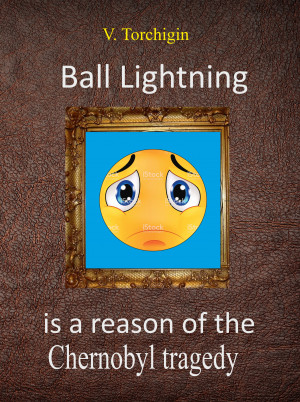 Ball Lightning is a reason of the Chernobyl tragedy

By Vladimir Torchigin
Based on three conclusive objective data, we show that the only explanation for their joint appearance is the occurrence of ball lightning when switching high currents during the start of scheduled tests. According to these data, (1) an explosion occurred that occurred immediately after the start of the tests, (2) a burnt hole in the metal wall of the mine of the correct round shape was seen, (3) More
The experts could not solve the riddle, since these seemingly completely unrelated circumstances could arise simultaneously. Therefore, these circumstances were ignored. The causes of the accident were explained by reasons that are usually given when the true causes are unknown. These are operator errors and design flaws.
At the same time, it is known from ball lightning literature that they can occur when switching high currents. For example, they are often seen in battery submarines. It is also known that ball lightning can burn holes in sheets of metal, for example, in a metal factory tube. Finally, it is known that ball lightning can contain extraneous impurities that become visible after the disappearance of ball lightning.
A simple question remains open. How can ball lightning arising in a separate room end up in a mine with heat-generating elements? The answer to this question can be obtained if we take into account the physical nature of ball lightning. As you know, the generally accepted theory of ball lightning does not currently exist.
In the same time we have the theory that explains all riddles and anomalies of a behavior of ball lightnings in the air atmosphere. Since 2003 we have published 32 articles in leading international journals.
Inside the ball lightning there is no electricity, plasma, electrodynamic processes and chemical reactions. There is nothing but white light and ordinary atmospheric air, where ball lightning is located. Light rotates in a thin spherical layer of compressed air in all possible directions. Compressed air is a light guide that prevents light from being emitted into the surrounding area. In turn, the rotating light compresses the air in which the light rotates, due to the known physical effect of electrostriction pressure. Thus, ball lightning is a symbiosis of rotating light and compressed air. Unlike a soap bubble, in which its spherical shape is provided by the excess air pressure in the volume limited by the soap film, the spherical shape of the light bubble is provided by the centrifugal forces of the rotating light.
Believing a priori, that bubbles of light are an objective reality, we have shown that in accordance with well-known laws of physics behavior of bubbles of light in the conventional air atmosphere is completely identical to mysterious and paradoxical behavior of natural ball lightning. Too many puzzles related to ball lightning can be explained by the assumption that ball lightning is a bubble of light.
The main property of a light bubble and therefore natural ball lightning is its movement in the direction of increasing the density of the gas in which it moves. This property allows us to explain almost all the anomalies in the behavior of natural ball lightning.
With regard to the movement of ball lightning in the steam line, it follows that unlike movement of all known objects along the gas velocity, the bubbles of light moves in a steam line against gas motion. Indeed, the gas moves from the space with high pressure to the space with lower pressure. The high pressure corresponds to the greater air density. Then bubbles of light move towards the great air density that is opposite to the motion of the gas.
Once in the steam line, ball lightning moved against the movement of the steam, that is, to the mine with fuel elements.
In video yellow circles present ordinary objects that move along the gas flow. White circle presents the bubble of light that moves opposite the gas flow.
References on the mentioned above three dozen articles are given in the book end. The articles are free accessible at Research Gate at https://www.researchgate.net/profile/Vladimir_Torchigin2
Download: epub mobi (Kindle) pdf more Online Reader
lrf pdb txt
Price: Free! USD
Add to Library
Create Widget
Tags: ball lightning chernobyl tragedy riddles of ball lightning
About Vladimir Torchigin

Torchigin Vladimir 1938 Prof. was graduated from Moscow Institute of Physics and Technology in 1961. He puts forward in 2002 theory that nature of ball lightning is optical where a conventional white light that fell into a trap that it itself made for itself. All physical parameters and properties of such light have been derived from well-known laws of optics and physics. These properties are identical completely to mysterious and intriguing properties of natural ball lightning. At present 31 scientific papers are published in leading scientific journals on physics and optics.
There is currently no doubt that ball lightning is an optical phenomenon and is a bubble of light, similar to a soap bubble. It also exists for a limited time, disappears instantly and suddenly on an arbitrary section of its trajectory, leaving no traces. The only difference is that the shell of the light bubble consists of a thin layer of compressed air in which light circulates in all possible directions. The circulating light is not blown away by the wind, is not subject to gravity, and moves according to the laws of optics. This explains all the puzzles and anomalies in the behavior of ball lightning in the earth's atmosphere.

You have subscribed to alerts for Vladimir Torchigin.

You have been added to Vladimir Torchigin's favorite list.

You can also sign-up to receive email notifications whenever Vladimir Torchigin releases a new book.