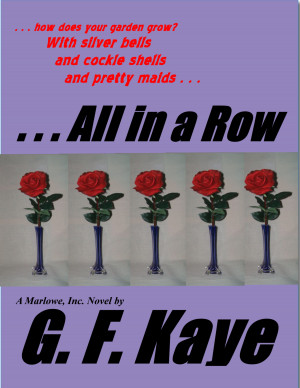 All in a Row

A missing, girl, a personal quandary, a call to an old friend, another missing girl.
It was only the start to a case that would involve Jerry Marlowe, Pete Hawkins, Ivana Sergeievna, a former Chicago alderman, and a magical costume from another world. It became not only a rush to find missing girls, but also a rush to find himself before disappearing entirely, for Pete, and it was only the start. More
A cross-country missing persons case takes Jerry Marlowe from New York and Peter Hawkins from Chicago into a world of magical costumes and flesh peddling evildoers, and it was only the start.
Join the intrepid P.I.’s on a trip of personal, as well as investigative discovery, aided by a constable from another plane of reality that has a pretty good idea what’s what. In the process, for regular readers, get to know Ivana Sergeievna Modorina better that you may be comfortable with. Add in Joey V., former Chicago alderman, former male, now running and working in a strip club in Vegas, and Nikki Davison, CPA, ex robbery homicide cop, first met in “Liberty Shrugged” and it begins to get fascinating, to say the least.
Who? What? Where? When? Why?
Not just words for reporters to live by, they also serve as a credo for P.I.s. Four of them had been fairly easy. It was the fifth that was giving them trouble, and, in the process of solving the case, Pete Hawkins may figure out just who he is these days, too.
Available ebook formats: epub mobi pdf lrf pdb txt html
First 20% Sample: epub mobi (Kindle) lrf more Online Reader
pdb
Price: $2.99 USD
Buy Add to Library Give as a Gift
How gifting works
Create Widget
Tags: personal growth gender bender investigative missing person procedural interdimensional police undercover ops detective team magic costumes
About G. F. Kaye

G. F. Kaye lives in Grand Rapids, MI, in a lovingly restored 1839 farmhouse. The work was all done personally, including the exterior, which is shaked in the traditional New England style. This has been listed as a "dying American Art Form. The author also paints in most media, and is a neighborhood preservation activist and avid gardener. Of Eastern European descent, the author has always felt a close affinity with the soil and growing things. Writing has been a lifelong off and on affair, with serious efforts being made since 2002. The author has since completed numerous works, and is in the process of final editing them and publishing them as e-books. "I only write when I'm having fun doing it," is the author's credo. The belief is that if the author is having fun writing the works, then people will also have fun reading them. This is reflected in the author's 'tongue in cheek' style, which has been referred to as a cross between the works of John Steinbeck and Mickey Spillane.

About the Series: Marlowe, Inc., Mysteries 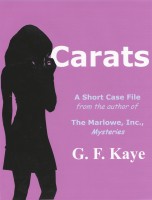 It all started when a criminal from an alternate universe where magic works, and is commonly used on a day to day, triggers a translocation spell that was supposed to take him to a pre-planned hideout. Instead, he ended up here, on this mundane plane of existence. The New Yorkshire Constabulary, however, was not going to let their man get away. Enter Detective/sergeant Elise Montague, a woman in the man's world of New Scotland Yard. Arriving in this world, however, she needed someone local; someone that knew the ropes. Enter Jerome Marlowe, jaded NYPD robbery/homicide detective (ret'd). Can these two very disparate souls put aside their differences and get their man? When she 'phones home' afterward, will anyone pick up the call? These, and other questions, may be answered - sometime. For now, this mismatched pair does their very best to nab the ones that got away - all while keeping magic and alternate planes a deep, dark secret. 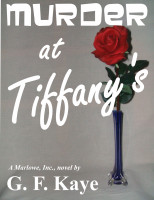 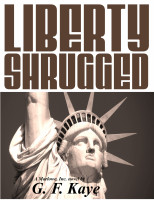 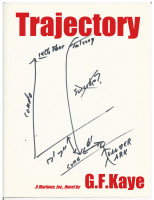 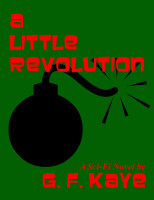 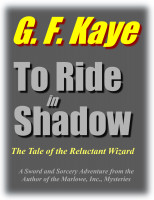 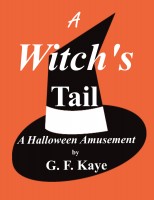 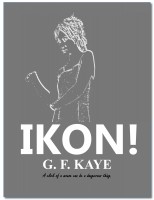 You have subscribed to alerts for G. F. Kaye.

You have been added to G. F. Kaye's favorite list.

You can also sign-up to receive email notifications whenever G. F. Kaye releases a new book.