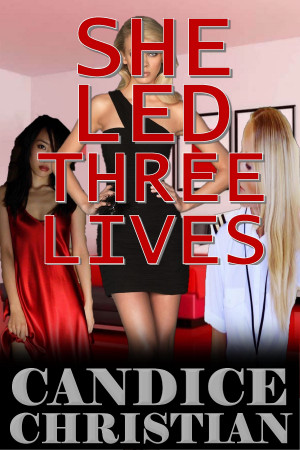 Lisa Spaulding is a recent graduate of the Federal Espionage School. Her first assignment she plays a unconvincing lesbian sub. More
Lisa has finally fulfilled her lifelong dream of becoming an agent for the Bureau of Espionage. However her first assignment is that of a lesbian. A submissive lesbian.

The role is a new experience to Lisa who does her best to accomplish her assignment and move on to even bigger jobs. But her lesbian experience sets in motion, feelings Lisa had buried inside and had never surfaced until her first encounter with an older sexy female pilot.

The focus of the assignment is to find and hook up with June Li, an Asian syndicate leader in the U.S. Their first meeting is disastrous. Her cover was blown before she ever met June Li. The experience of being caught by the spy girl takes Lisa on an emotional roller coaster, and she resigns her position and leaves the Bureau.

Her new feelings revealed Lisa returns to June Li. June Li does not welcome Lisa back, after she quits the spy business because her plan was to use Lisa as a double agent. So Lisa leaves with her tail between her legs and tries to drown her sorrows at her favorite watering hole Whisper's.

It's there she meets up with the blond pilot, who she learns is named Sierra and it is through this hookup that Lisa begins her new life as a slave. A lesbian submission slave to the very dominant blonde pilot.

You have subscribed to alerts for Candice Christian.