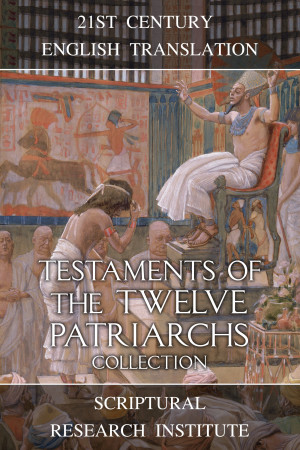 Testaments of the Twelve Patriarchs Collection

A number of references within the testaments point to an origin in the Seleucid Empire. The testaments repeatedly reference the Book of Enoch, or the Watchers from the Book of Enoch, as well as the Book of Job, and Satan as an individual instead of a descriptive term, which is consistent with the Book of Job, the likely source is the Tobian Jews (Τουβιανοὺς Ιουδαίους) mentioned in 2nd Maccabees, that lived in Seleucid controlled regions. It is unclear where the Tobian Jews lived, however, according to Eusebius, writing circa 300 AD, in local lore Job lived in the Arabian town of Karnaia. The location of Karnaia is unknown today, however is believed to have once been in what is modern southern Syria, and would have been in the Seleucid Empire when the testaments were likely written. The original work appears to be an anti-Levitical text, which dismissed the Levitical priesthood, and pointed to an alternative priesthood, which is consistent with the division between the priesthood of Ezra and Tobiah referred to in the Septuagint's 1st Ezra.