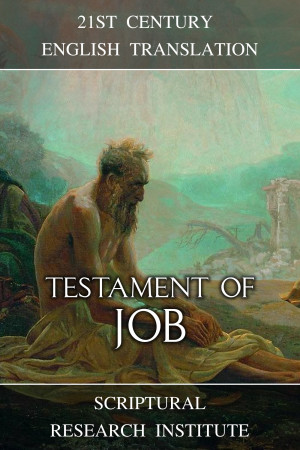 The Testament of Job also includes the Song of Eliphaz, which refers to the 'Northern One' as a dragon, which appears to be a reference to Thuban (Alpha Draconis), which was the North Star between the 4th and 2nd millenniums BC. This implies that the Song of Eliphaz may date back to the 2nd millennium BC, which is when Job lived according to the Torah. Several references within the testaments point to an origin in the Seleucid Empire, including mentions of Greek gods, and Zoroastrian terminology. The testament also includes Satan as an individual instead of a descriptive term, which is consistent with the Book of Job, the likely source is the Tobian Jews (Τουβιανοὺς Ιουδαίους) mentioned in 2nd Maccabees, who lived in Seleucid controlled regions. It is unclear where the Tobian Jews lived, however, according to Eusebius, writing circa 300 AD, in local lore Job lived in the Arabian town of Karnaia. The location of Karnaia is unknown today, however, is believed to have once been in what is modern southern Syria, and would have been in the Seleucid Empire when the testaments were likely written. The original work appears to be an anti-Levitical text, which dismissed the Levitical priesthood and pointed to an alternative priesthood, which is consistent with the division between the priesthood of Ezra and Tobiah referred to in the Septuagint's 1st Ezra.

Price: $2.99
$1.20 USD
Buy with coupon Use the code AGB60 at checkout for 60% off during our site-wide promotion!
(Offer good through April 20, 2020 )
Have a better coupon?
Add to cart, then apply your coupon
Add to Library Give as a Gift
How gifting works
Create Widget
Tags: job satan pluto iaw jobab nahor testament of job

About the Series: Testaments of the Patriarchs

Also in Series: Testaments of the Patriarchs