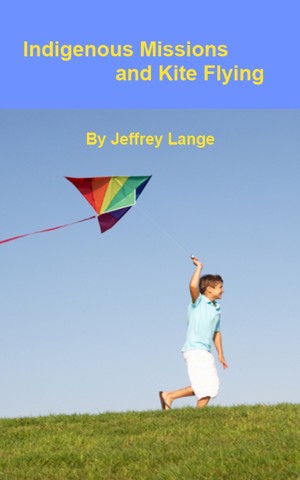 By Jeffrey Lange
This ebook contrasts two works in the Lange’s ministry and asks the question, “Why did the one succeed and the other fail?” The author analyzes the two works in the light of indigenous mission principles and draws conclusions for future endeavors for any missionary to consider. This is a must read for those looking to apply indigenous mission principles into cross-cultural ministry.

The Langes are Independent Baptist missionaries and have been in Thailand since January 2004. Jeffrey was saved in 1995 and his wife, Theresa, in 1994. They were both saved through the ministry of Fargo Baptist Church in Fargo, ND and married in April 2000. They have three children. God called Jeffrey to preach shortly after he was saved. He graduated from Master’s Baptist College, a ministry of Fargo Baptist Church, in May 2000. Two years later, God led them to prepare for ministry in Thailand. They arrived in Thailand in January of 2004.

You have subscribed to alerts for Jeffrey Lange.

You have been added to Jeffrey Lange's favorite list.

You can also sign-up to receive email notifications whenever Jeffrey Lange releases a new book.