Published 2013-08-30.
Where did you grow up, and how did this influence your writing?
The Midwest and California. Living in different places made me aware of the importance of setting in a story, how reality is anchored to location.
When did you first start writing?
I kept daily diaries as a pre-teen and teenager. I wrote a few short stories in high school.
What's the story behind your latest book?
A what-if question: what if a dog's great sense of smell could judge wine better than a world-famous wine critic? How could a dog be trained to do this? I knew the right people to explore this daunting task had to be brilliant young techies in Silicon Valley -- passionate, curious risk-takers. With beautiful Sonoma and Napa wine country nearby, they would have plenty of opportunity to test their 'killer app'. The possibility of unintended collisions between the polished pretenses of the winerati and the brainy, let's-go-build-it bravado of Silicon Valley was too tempting to resist.
What motivated you to become an indie author?
My novel Blind Tasting employs technology themes and settings that are extremely current; I had an epiphany (after sending out query letters to agents) that if I self-published, I could get my story out NOW, rather than in the customary two years required through the traditional agent-publisher route.
What is the greatest joy of writing for you?
Bringing characters to life and setting them free to pursue their passions, organically evolving a story, a plot, from the interactions of driven, intelligent personalities.
What do your fans mean to you?
I am thrilled if my writing brings happiness to someone. I respect the intelligence of my readers and hope my writing whets their curiosity about the elements of the story.
What are you working on next?
Three projects. 1) A sequel to Blind Tasting. 2) VAMP, a lightly satirical techno-thriller: A glamorous female vampire risks all with a motley band of Boston techies to fight a megalomaniacal financier and his spy agency cohorts, who are destroying the global financial markets through cyber-terror. 3) A sci-fi novel: A computer geek, haunted by an elusive romance he can't clearly remember, struggles to retain control of his life and his sanity as he races against time to understand and control a mystery of time.
Who are your favorite authors?
Joseph Conrad, Mark Twain, Emile Zola, Arthur C. Clark, Gene Wolf, Annie Proulx, Edith Wharton, Gregory Benford.
What inspires you to get out of bed each day?
My curiosity about the world, and my big red dog who wants her walk!
When you're not writing, how do you spend your time?
I write computer code in the area of natural language processing. I am currently developing a semantics-based search tool for online biomedical texts whose goal is to spot important relationships among reported findings in publications which might be missed by statistical methods or keyword searches.
How do you discover the ebooks you read?
These days usually through references from people and sites I follow on Twitter.
What is your writing process?
I have a concept, a what-if-this-happened idea. I write about people who are involved in technology or other specialties, so I do extensive research on nearly every aspect of what I write about. I let the characters develop themselves through their action and their dialogue. For example, in Blind Tasting, I really wanted to -show- the reader how geeks talk to each other while solving an abstract problem. I rewrite and rewrite and rewrite.
Smashwords Interviews are created by the profiled author or publisher. 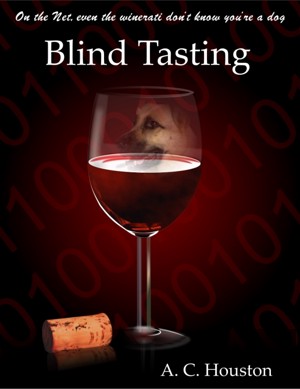