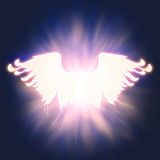 Interview with A. E. Pennymaker

Published 2020-07-18.
We’ll start easy. Do you remember the first story you ever wrote?
Yes. It was about a mouse named Cheddar, and was basically a Martin Jacques fanfic.
So give me some setting. Describe your desk.
Ok... It’s my old drafting table, reclined flat. My iMac is sitting smack in the center, and there’s a pile of random paperwork off to the side that I can never quite get clear of. On the other side is a cup holder stuffed with paper clips, permanent markers and assorted junk. The little bronze lizard I found in my grandparents’ basement is coiled up above my mouse pad. There’s stuff from my kids everywhere too. Pictures they drew, crafts they made, ‘pretty’ rocks they brought in.
That’s right. You’re a mom of five, aren’t you. So, when you're not at your desk, how do you spend your time?
Mostly, I’m just trying to keep the kids alive. That’s about 90% of my life right there. Gotta feed them, water them, make sure they don’t dry up. Otherwise there’s a lot of paperwork.
I hate paperwork.
I also run errands, eat chocolate, and keep up with my father’s medical needs.
That’s interesting. So, when you DO sit down to write, what is your writing process?
Hah! Oh. Um. I used to be a Pantser. I would just take a story wherever the wind seemed to be blowing. But then I realized I needed to actually finish a project, and to do that I needed to know ahead of time where I was going, so I sat down and started outlining. Now I pants a bunch of world building stuff, hash out an outline, come up with scene progressions, and then start pantsing individual scenes.
Scenes? Isn’t that more of a playwright thing?
It may be, yes, but I think it can apply to novels too. Especially fiction. I guess I approach my stories that way because I want whatever I write to play like a movie. So I write In scenes - more dialogue, action and sensual/visual detail, less backstory and world building explanation. (World building is great, but I like it best when it feels commonplace and natural, like shrugging into a favorite sweater or walking into your own house. You don’t have to know what everything does, you just have to know it’s there.)
Cool. Cool. And now for something completely different: what are your five favorite books, and why?
Ooooh. This is like asking me to pick my favorite kid. There are too many of them.
Seriously. I’m an English major. We don’t have favorites. There isn’t a character or a plot line we won’t salivate over.
If you tack my thumbs to the wall, though, I may scream something like:
Chinua Achebe’s ‘Things Fall Apart’
Anything written by Agatha Christie
‘Northanger Abbey’ by Jane Austen
‘Kim’ by Rudyard Kipling
All the works of J. R. Tolkien
Oh, and Shakespeare
Robby Burns!
Leigh Bardugo
...
...
I’d probably go on so long you’d give up, pry the tacks out yourself and go get yourself a sandwich. So why bother with all of the ‘which is your favorite book and why’ nonsense? Let’s just leave it at “Anna loves the books.”
What do you read for pleasure?
Uhhhh... did we not just go through this... *eyes thumbs*
Alright. How about something a little less difficult. Do you have any pets?
Yes! I have an elderly Great Dane named Bear and a Great Dane / Rhodesian Ridgeback / Tunneling-Monkey-Cat-Squirrel-Slinky mix named Inuwa.
Bear won’t go through an open gate if there’s a twig in the way.
Inuwa can climb trees, jump more than eight feet from a standstill, and walk along the top railing of a six-foot privacy fence.
At one point, my kids decided she was part of a special ops unit and was being airlifted out of our back yard.
Wow. That’s really fantastic. How about hobbies?
You mean Not Writing Related?
I draw. Write music. Sing. Go hiking. Photograph stuff. Collect dust.
Oh. Before we go, Shadow Road is your first published novel. I know there’s a second book already finished and percolating on the burner, with a third taking shape in the pot. That will add up to more than 250 thousand words. How did it get started?
Oof. That’s a tough one.
It’s a bit of a personal answer, too.
It started in a hospital waiting room in 2017, actually. I had taken my mom in for a full-body MRI, and I desperately needed something to take my mind off the fact that when It was over, we were going to find out if her cancer had metastasized.
So I just started writing. I think the first line that came out of my fingers was, “All is lost.”
Then I had to decide what was lost, and it snowballed from there.
I spent a lot of time in waiting rooms after that.
The story sort of told itself, and gave me something to distract myself with. In many ways, it gave me a way to hash through things in my head.
After fighting hard for two long, brutal years, my mom passed away in January of 2020.
I’m still writing, though now I'm doing it for her. Yeah, the corn, the corn, I know... but she’d want to read it, I think, even if it was just because I finished it. Growing up, she was always the one telling me I needed to finish things...
So...
Are we done, now?
Yes? Yes.
Thank you.
Smashwords Interviews are created by the profiled author or publisher. 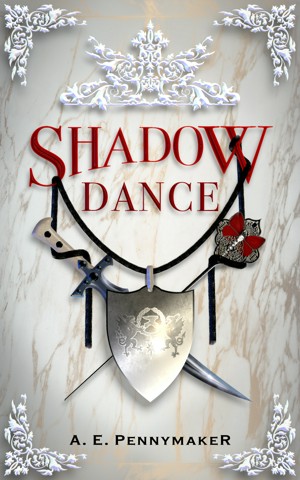 "Her strength is not found in her beauty; her strength is the depth of her soul." The pulse-pounding adventure continues in this new addition to the Shadows Rising Trilogy. Bren has lost her father, her home, her family, and now her chance at starting over on Aethscaul Island is dwindling. Her father's secrets have drawn her back in. What will it cost this time? 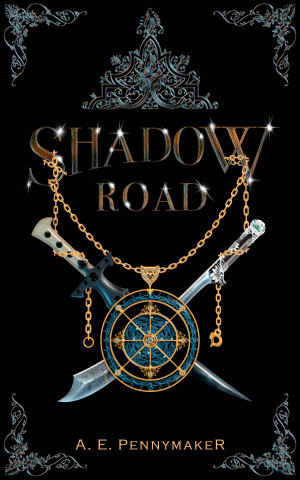 Shadow Road: Book 1 of the Shadows Rising Trilogy by A. E. Pennymaker
Price: $0.99 USD. Words: 86,890. Language: English. Published: June 13, 2020. Categories: Fiction » Science fiction » Steampunk & retropunk, Fiction » Adventure » General
"She is small. She is quiet. She is graceful. Never underestimate her strength." Brenorra thinks her father is going crazy following the loss of their shipping business. But is he? What are the papers in his luggage? And why are both a Coalition Navy Captain AND a notorious pirate hunting for him? ~>>>