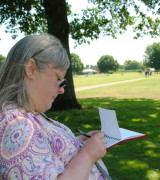 Published 2017-07-29.
What's the story behind your latest novel?
"Fabian" is the fourth novel in my Artisan-Sorcerer Series, which follows the lives of a group of artists and crafts-workers who share a communal house in Liverpool. Most of them hold down conventional jobs too, though Fabian wishes he could afford to give up teaching in a tough city centre high school and make a living from his hand-tooled leather products.

Of course there's more to their community than meets the public eye; while art is a main theme of their lives, they're also members of a secret international occult order, and "Fabian" features astral projection and magic.

We also meet the enigmatic Peacock King, who rules over all the fae races and who makes Fabian an offer he can't refuse. Fabian is faced with difficult challenges which bring him into mortal danger.
What are you working on next?
Right now, I have two quite seperate projects on the go. I'm currently writing "Morgan", the fifth and probably final novel in the Artisan-Sorcerer Series, which is very much a continuation of Bethany Rose's story. Also, I'm creating a series of oil and watercolour paintings themed on the River Mersey and Birkenhead Park, which I aim to exhibit at some point.
What do your fans mean to you?
It's a huge compliment when someone I've never met exchanges some of their hard-earned cash for something that I've written. I'll never take this for granted. Here we are, heading out of a tough recession, and yet people have still bought my work. I'd like to thank each of them.

Oh, and if anyone fancies writing some Artisan-Sorcerer fanfic or creating fanart, go right ahead so long as it's 100% non-profit-making. What could be a bigger compliment than someone wanting more stories in the world an author has created?
What motivated you to become an indie author?
I have been published traditionally, too. In the past, I've had short stories, non-fiction articles, illustrations, photography and poetry published in the traditional manner.

Quite simply, I've earned more money through independent publishing.
Smashwords Interviews are created by the profiled author or publisher. 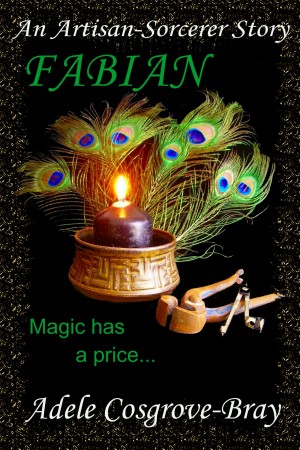 Fabian: An Artisan-Sorcerer Story by Adele Cosgrove-Bray
Series: Artisan-Sorcerer. Price: $3.99 USD. Words: 109,480. Language: British English. Published: September 4, 2016. Categories: Fiction » Fantasy » Urban, Fiction » Fantasy » Paranormal
The Artisan-Sorcerer’s sanctuary is in danger. And the one Adept who might help insists Fabian resolves this crisis alone. When the Peacock King of the Caldy fae makes an offer beyond Fabian's wildest dreams, it could be a golden opportunity. Or it could invite disaster. Fabian must navigate magic, mystery and murder to save the Artisan-Sorcerers from being dragged into an ancient war. 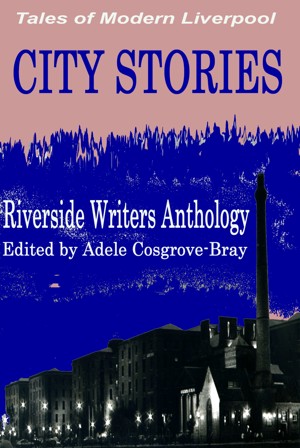 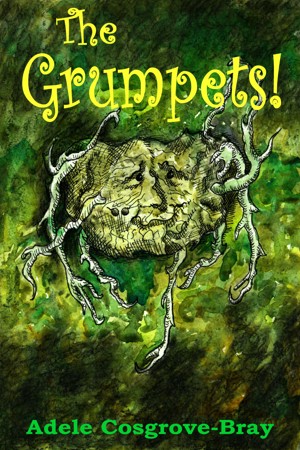 The Grumpets by Adele Cosgrove-Bray
Price: $0.99 USD. Words: 4,440. Language: British English. Published: May 30, 2013. Categories: Fiction » Children’s books » Fiction, Fiction » Children’s books » Short Stories
Grumpets are shy creatures who live in compost heaps. They are small and wrinkly, with many long, pale limbs, and like nothing better than burrowing into fresh grass clippings. But the heap can be a dangerous place. Follow the adventures of young Chip Grumpet as ravenous Slimers and the dreaded Time of Turning threaten to destroy the Grumpet's world! 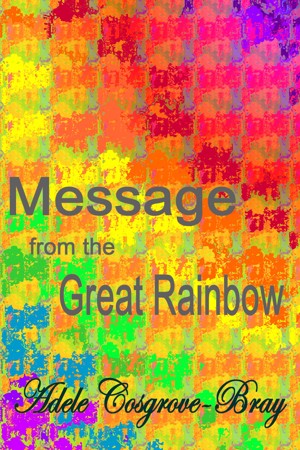 Message from the Great Rainbow by Adele Cosgrove-Bray
Price: $0.99 USD. Words: 2,880. Language: British English. Published: December 22, 2012. Categories: Fiction » Fantasy » Contemporary, Fiction » Inspirational
"Little sister, let me tell you this story. It is a simple story. It came to me last night in my dreams...." So begins this enchanting account of a mystical journey. 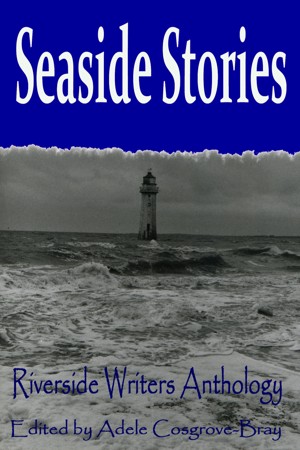 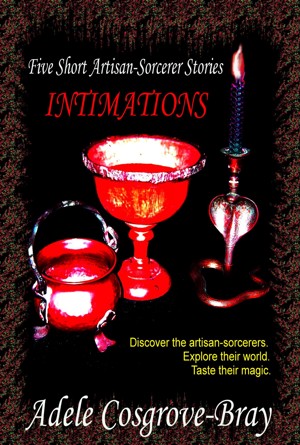 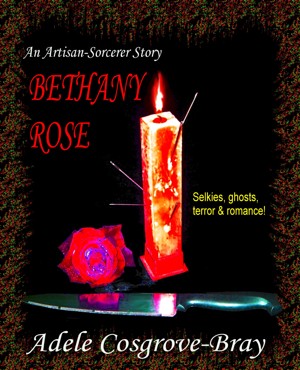 Widowed at sixteen, Bethany Rose faces huge challenges to build the life she wants. Terrified by a black-robed spectre she turns to Morgan, a member of a mysterious order of sorcerers. But their unexpected love could expose Bethany Rose to ruthless assassins who will stop at nothing. They want to be together. But will love keep them apart? 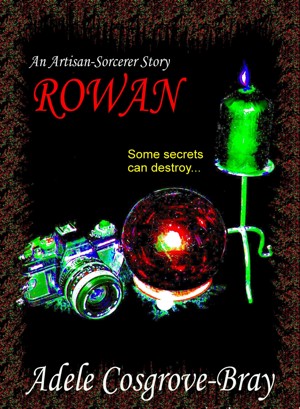 Rowan: An Artisan-Sorcerer Story by Adele Cosgrove-Bray
Series: Artisan-Sorcerer, Book 2. Price: $3.99 USD. Words: 100,420. Language: Commonwealth English. Published: May 19, 2012. Categories: Fiction » Fantasy » Urban, Fiction » Gay & lesbian fiction » Gay
Rowan lives with secrets. His family know nothing of his life after his mother banished him. Rowan is attracted to the handsome and vivacious Aiden, a member of Morgan Gruffudd's secretive community of artisan-sorcerers. But blackmail threatens to destroy the new life Rowan has been building. People are dying - and Rowan is caught in the middle of a secret war. 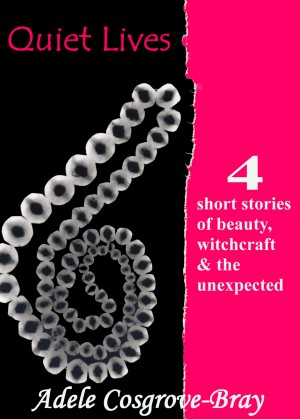 Quiet Lives by Adele Cosgrove-Bray
Price: $1.99 USD. Words: 6,990. Language: British English. Published: May 8, 2012. Categories: Fiction » Romance » Contemporary, Fiction » Women's fiction » Chick lit
All her life, Dawn has been told she isn't beautiful. Armajeet refuses to compromise when her lover lacks bite. The generation gap provides a meditation on family life. And the witch who welcomes a door-to-door salesman grants an unexpected gift. Appearances can be deceptive…and nothing is as it seems in these four short stories of womens' lives:- Beautiful; Dear Harry; The Four Seasons. 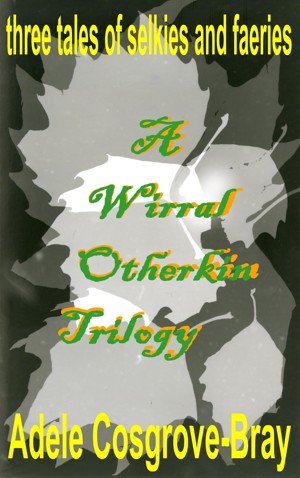