This interview has been viewed 1,760 times.

Published 2016-02-10.
How do you approach cover design?
I work with Jo at Boruma Publishing and Moira Nelligar, a graphic artist who has many covers under her belt. They do a great job of making my vision a reality.

I give Jo and Moira a basic idea of what I am looking for, as well as one or two pictures I pull off of various websites, such as Bigstock Photo. Sometimes they use what I send them. Other times, Jo and Moira use my description of what I am looking for as a template for a more adventurous design. A great example of this is the cover for "The Snow Maid." Jo pushed the envelope to give me a beautiful, ethereal cover, where my Snow Maid is in the foreground, as well as having a scene from the book in the background. To this day it is my favorite cover.
What do you read for pleasure?
I love fantasy, which I think can be seen by my output. Some of my favorite authors are Jim Butcher, Jacqueline Carey (her prose is amazingly sensual) and Lois McMaster Bujold.
Describe your desk
Messy! Right now it has a bottle of Diet Mountain Dew, stacks of sticky-notes, and yellow legal pads I am always shuffling around to find notes I wrote several days ago.
Where did you grow up, and how did this influence your writing?
I grew up in central Illinois, what Chicagoans like to call "downstate". I don't really think it has influenced my writing much, except to give me a deep sympathy for the American farmer and working class, who are too often ignored by the political elites and mainstream media.
When did you first start writing?
I first tried writing when I was in college. I wrote about forty pages (longhand!) of a fantasy novel that was pretty much a blatant rip-off of "The Hound and the Falcon" series by Judith Tarr.

As far as writing erotica, I just started within the last year. I saw some works on Literotica, decided that I could write better than that, and started pounding out ideas.
What's the story behind your latest book?
Currently I am working on two separate books. The first has had the first two installments already published (The Witch's Daughter and The Witch's Cousins). It deals with a modern-day coven of witches living in Des Moines, and deals with themes of incest, loyalty, and love.

The second is also set in Des Moines (the thought of the supernatural taking over a small midwest city makes me laugh). This will be the "Satyrday Saga", and follows the adventures of one young man after he is given a magical bracelet by a priestess of Bacchus.
What motivated you to become an indie author?
I posted several chapters of my first book (Guardians of Heklos) on Literotica. About halfway through I thought that this book might actually be good enough to try to publish for money. Laura Lovecraft, who has a strong online presence, recommended me to Boruma Publishing and carnal-pleasures. Jo and Becca Sinh at CP have been amazingly supportive throughout the entire process.
What is the greatest joy of writing for you?
Other writers have commented on this, so I will merely add my thoughts. Writing the erotica part of erotica stories is actually the most tedious part of the process. What I love most is plotting out what draws the characters together, why they may or may not fall in love (or lust) and the build-up as they realize their attraction to each other.
What are you working on next?
I have several stories in the hopper. Once I get done with The Coven Chronicles and Satyrday, I will throw a dart and start working on the one it hits!
Who are your favorite authors?
As far as erotica is concerned, I owe an enormous debt to Jacqueline Carey. Her Kushiel series taught me that a person could write arousing sex-scenes that were still literary in nature.
What inspires you to get out of bed each day?
The thought of living in a dumpster.
Smashwords Interviews are created by the profiled author or publisher. 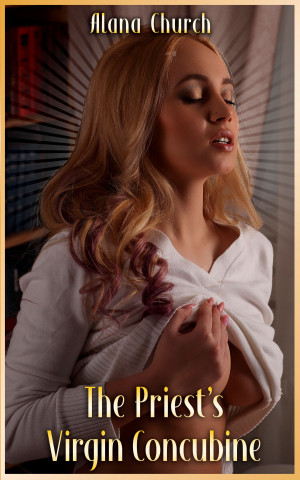 The Priest's Virgin Concubine by Alana Church
Price: $3.99 USD. Words: 31,240. Language: English. Published: July 31, 2020 by Boruma Publishing, LLC. Categories: Fiction » Erotica » Romance, Fiction » Erotica » Contemporary
The new priest doesn't realize that his parish has a secret. In order to keep Fertile Valley happy, healthy, and prosperous, at Midsummer they sacrifice the virginity of a young woman. When Father Justin discovers the truth, and learns that he is expected to be the one to deflower sexy young Brittany, will he accept it? Or will he reject the offer of "The Priest's Virgin Concubine?" 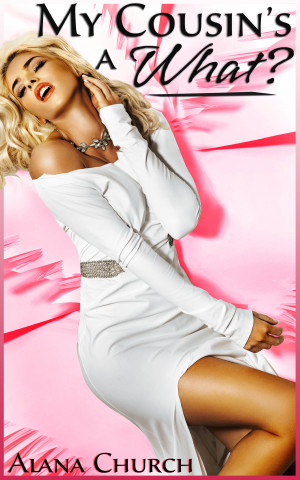 With his cousin back in town for Christmas, Tommy thinks that he and Sara will finally be able to spend some time together. But an overheard conversation reveals that sexy Sara is working as an adult actress, and that her love of working in taboo movies has an unexpected inspiration - him! 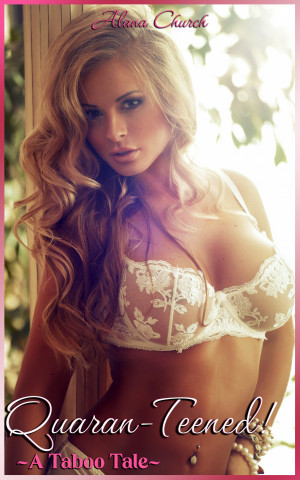 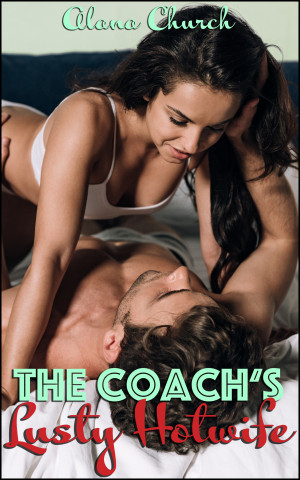 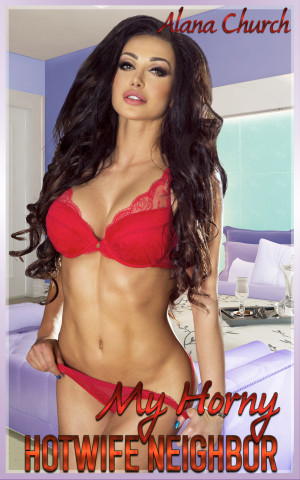 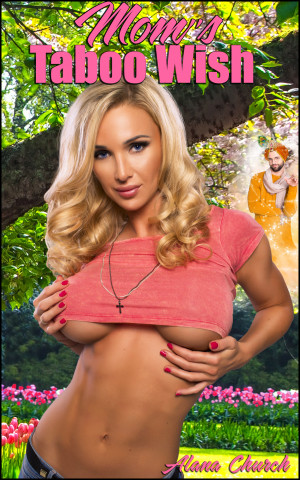 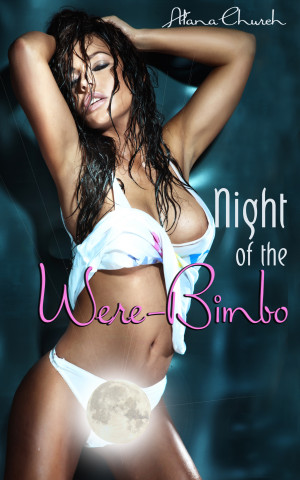 Night Of The Were-Bimbo (Book 1 of "Tales Of The Were-Bimbo") by Alana Church
Series: Tales of the Were-Bimbo, Book 1. Price: $2.99 USD. Words: 20,280. Language: English. Published: April 24, 2020 by Boruma Publishing, LLC. Categories: Fiction » Erotica » Lesbian Erotica, Fiction » Erotica » Paranormal
A month ago, Susan Benton was attacked on her way home by a crazy woman. Now, the full moon is rising again, and with it, Susan's body and mind are changing! No longer plain old Susan, but hot, horny Suzie, she will have it all! Her hard-ass professor, her lesbian roommate, and her shy study-buddy will get a taste of her uncontrollable libido. Because tonight is the "Night of the Were-Bimbo!" 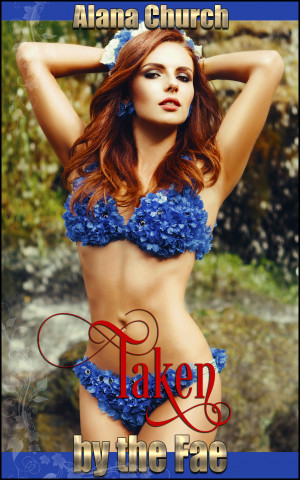 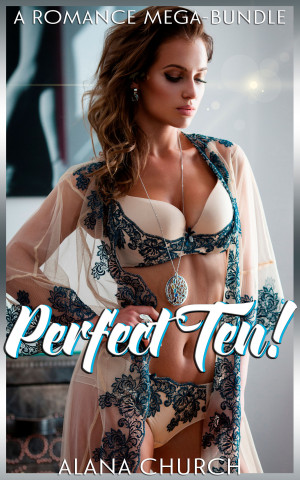 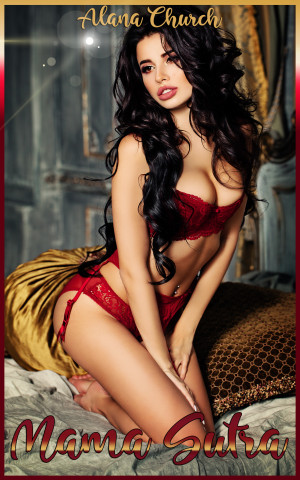 Mama Sutra by Alana Church
Price: $2.99 USD. Words: 23,720. Language: English. Published: March 27, 2020 by Boruma Publishing, LLC. Categories: Fiction » Erotica » MILF, Fiction » Erotica » Romance
Valentina Belmonte is one of the most beautiful movie stars in America, with a sex drive to match her gorgeous body. But her son Bobby is a dud in bed, unable to satisfy his girlfriends. When Valentina finds out his problem, she's willing to give him a helping hand. But what happens when lessons in love turn hot and heavy, and desire pushes them into the world of taboo love?
View their profile to see all of their books