Published 2013-09-25.
Where did you grow up, and how did this influence your writing?
I grew up in Dublin, going to school there and eventually reading History and English at Trinity College Dublin. From there I was hired on the milkround and went to work for JP Morgan in the city of London. I spent the next ten years living abroad - in Australia, Singapore and US, before returning to Ireland.

Dublin is in my blood, but it is a very polite Dublin, full of manners and concern. Not possibly the best to breed a writer!
When did you first start writing?
I was always writing but it took age and divorce to give me courage and freedom to write brave words
What's the story behind your latest book?
My life - if it were squeezed through a fiction mill!
What motivated you to become an indie author?
I was obsessed with my books. Nothing could stop me.
How has Smashwords contributed to your success?
I have enjoyed some early sales here - I hope to have more by and by
What is the greatest joy of writing for you?
words. putting one word in front of another. it is the most exciting thing that I do.
What do your fans mean to you?
everything. no writer wants to exist in a vacuum. I love feedback and responses and am so grateful for people finding the time to read my work
What are you working on next?
book three - then my trilogy will be fniished!
Who are your favorite authors?
Iris Murdoch, Ian McEwan, Cormac McCarthy, Kevin Barry,William Trevor, Roddy Doyle,. Seamus Heaney, Sebastian Barry...
What inspires you to get out of bed each day?
My kids, my life, me!
When you're not writing, how do you spend your time?
running around after my kids.
walking and plotting my books
singing in a choir
meeting friends
horses
laughing
How do you discover the ebooks you read?
from friends normally
Do you remember the first story you ever wrote?
yes. it was a poem actually,. I was about three and it went like this

I think Spike Milligan was inspiring me!
What is your writing process?
none - just write...
Do you remember the first story you ever read, and the impact it had on you?
It was a recipe book - Jamie Oliver and I'm cooking it tomorrow for my kids!
How do you approach cover design?
My brother handles that, thank goodness
What are your five favorite books, and why?
The Road - the language
Bellcanto - the vision
Atonement - the hope
What do you read for pleasure?
literary fiction
What is your e-reading device of choice?
My kindle
What book marketing techniques have been most effective for you?
Blogging mostly - although interviews on other sites are effective too!
Describe your desk
I normally write on my laptop on my bed! So, my desk looks like, or rather is, a bed! lol
Why do you do this?
An uncomfortable Truth

In the past six months two television production companies approached me. In my non-writing life I am very famous for being very broke. I have been featured many times on Irish and international radio and television talking about my very up-close and personal experiences of debt in a recession. However, both these companies wanted to talk about the fact that Ireland is coming through the recession, has been acting sensibly and is the ‘good boy’ of Europe. Both companies wanted to show how the policies of austerity were working and that we, the Irish people, were a great example of sucking it up and coming through the far side with honours.
“Excuse me,” I said. “Where did you get that idea?”
“Aren’t things better?” they both asked, puzzled.
“No,” was my answer and both I, and indeed Ireland as case study, were dropped like hot potatoes from their documentaries.

Now, don’t get me wrong. I am a proud Irishwoman and I love my country. I think we are a unique and inspiring race. For a tiny island on the furthermost corner of Europe, a mere outcrop into the Atlantic, we punch way above our weight. No other country has its national day celebrated on a global basis. We have a proud history of producing great leaders, great thinkers and great writers. Irishmen and women have made their mark on the world stage in every area; explorers, writers, painters, poets, entrepreneurs, engineers, musicians, thinkers, philosophers, inventors, sailors, sportspeople and other roles too numerous to mention. I believe we will come good again. I am fiercely proud to be Irish and what it stands for.

But right now there is something rotten in the state of Ireland. Corrupt bankers, just listen to the #anglotapes, incompetent civil servants and regulators and worse still inept career politicians whose duty to self and cronies is far greater than duty to our country and its people. We lack patriots across all positions of power.

If my first book in The Cougar Diaries series touched on the pitted almost post-apocalyptic landscape that followed the Celtic Tiger, my second book dived into the eviscerated bowels of what remains of our poor country.

I traced the path of Aoife Brennan, 40-something year old, separated mother of two teenage boys, learning to live again in the ruins of a society that has lost its way. A society ruled by people determined to maintain the status quo of the elite, even in the face of fraud, criminality, and ultimately lack of any compassion for the vulnerable in the firing line.

But how does one give a child its medicine? With a spoonful of sugar of course. So too in my beautiful trilogy. Aoife Brennan is the sugar in my tale, the sweetness in my story, the honey stickiness in my book. Or maybe it’s the sex! Let’s not be coy, it is the sex. And why not – if I lead her through the valley of despair I can at least lighten the way with fantastic eye-popping, in between the sheets capers. For we do not live by bread alone.

Combining my pleasures, my passions: story telling and writing polemics on social injustice has been one of the most exciting things I have ever done. So you may read my book without shame knowing that you are hearing and learning about a society that is hurting and a ruling elite that does not care. There is no noblesse oblige in Ireland today. We have crueller masters than any we suffered in the past, for we are doing this to ourselves. This tragedy may be played all over our tiny island, but it also reflected across the globe with wholesale transfer of wealth to an ever decreasing, significant elite. Decreasing in terms of numbers not wealth. The accumulation of obscene wealth in the hands of the few is how history will view the opening decades of this century. Unless we do something to stop it.

So, Aoife Brennan, ordinary women with kids and struggling with the vicissitudes of everyday life, is living in post Celtic Tiger Ireland and is a witness to the terrible struggle the Irish people are facing, with growing evictions, suicides and poverty. Add into that mix love, sex, swinging, dishonest lawyers, retribution and yet more love and you have an idea of the potent result. Oh, and there is Fenton, the Richmond park legend. What more could you ask for? Ah yes, Book Three which will be coming along shortly.

So Ladies and Gentlemen, I give you Aoife Brennan: every woman, ordinary woman, fighting woman, using fiction to win her battles. Would that life was so easy.

Please open your books – The Cougar Diaries – and meet her. Part I is available on http://www.amazon.co.uk/The-Cougar-Diaries-Part-ebook/dp/B00BHIUK6S
Smashwords Interviews are created by the profiled author or publisher. 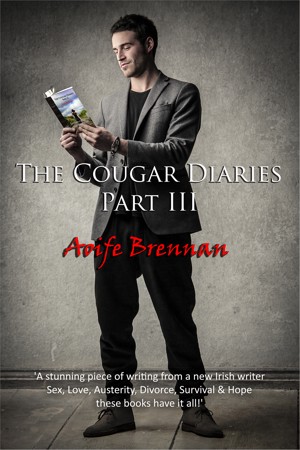 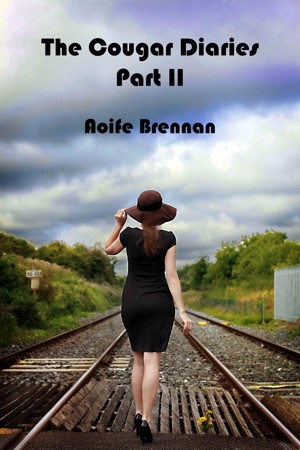 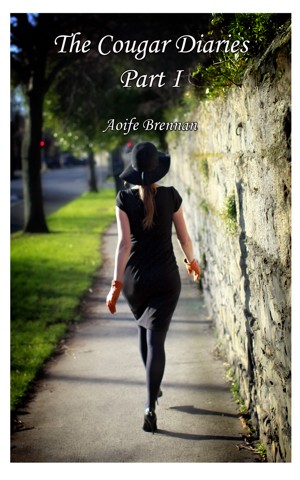 The Cougar Diaries, Part I by Aoife Brennan
Series: The Cougar Diaries, I. Price: $0.99 USD. Words: 74,750. Language: English. Published: March 18, 2013. Categories: Fiction » Romance » Adult
The Cougar Diaries is a year in the life of Aoife Brennan, A newly single woman, Dubliner and mother to two teenage boys - she has to fight for her way of life, overcome the antiquated legal divorce system, secure a fair future from her estranged ex and LIVE! This is about a woman living and loving again, making mistakes, embracing life and giving it lots of welly!