Published 2018-05-21.
Do you remember the first story you ever wrote?
The first story that I wrote for pleasure was in 2004. I was a new member of a forum for the video game BloodRayne, and while browsing through the fanfic section, I saw someone asking if anyone would write one with her in it. Nobody was taking up the offer, so I decided to give it a try. I don't remember exactly how it went, but the reception was positive enough to make me want to write more, and thus, a hobby was born (and as an added bonus, the person who starred in that fanfic ended up becoming one of my dearest friends).
What are your five favorite books, and why?
Lamb: The Gospel According to Biff, Christ's Childhood Friend, by Christopher Moore: A clever subject and hilarious execution.

The Shadow Rising, by Robert Jordan: This was my introduction to the Wheel of Time series, which I've sank both far too much time into and less time than it deserves.

Ciaphas Cain: Hero of the Imperium, by Sandy Mitchell: What's not to love about bringing some levity and humanity into the GRIMDARK future of the 41st millennium?

The Complete Tales and Poems of Edgar Allen Poe: No justification needed.

Vampire Hunter D, by Hideyuki Kikuchi: An brilliant setting and an excellent telling of a story about the undead equivalent of Superman.
What do you read for pleasure?
Mostly fantasy, ranging from the typical swords & sorcery affairs (Wheel of Time, Swords of Power, the first DemonWars trilogy) to urban fantasy (Hollows, Signs of the Zodiac) and futuristic sci-fi (Dune, certain WH40K books). You can find out more about my thoughts on other books at my blog: https://www.ashadler.com/
What is your e-reading device of choice?
While I do enjoy reading during my lunch break at my day job, that's a time for me to take a break from looking at digital screens, so I do most of my e-reading on my computer at home.
Describe your desk
My desk is about 2 feet wide by 4 feet long, with most of it taken up by a large laptop and a monitor/keyboard/mouse setup. What little free space is left on it is usually covered with paper mail that I've either got to go through or just haven't sorted yet. It's, uh, it's not an exciting desk.
What's the story behind your latest book?
My latest book (Saraphel) has quite a bit of personal history behind it. At the time that I was writing it (2007-2008), I was going through some major problems with my health, which in turn lead to being on a lot of medication. That messed with my head, and as a result of the depression and mild psychosis that I had to deal with because of that, I got interested in learning more about various mental conditions and personality disorders. The combination of that research with my own struggles was what laid a lot of the groundwork for the characters in this book.

Beyond that, it was an experiment with trying to blur various boundaries. Is Saraphel herself an antihero, a tragic victim of her upbringing, or an outright villain? Where's the division between a healthy obsessive relationship and a toxic one? What can motivate an immortal being to keep living, and how does their life experience change their ideas of acceptable moral boundaries (this one is a recurring idea in many of my works, but it's more in focus in this book)? I loved the end result, so when I decided to pursue publishing my own books, this was one that I knew I'd have to release.
What motivated you to become an indie author?
I'd wanted to be an author for a long time, but I never managed to get anything but rejections from literary agents and publishers. One day, after some rather frustrating experiences at my day job, I was deleting old emails when I saw one from a professional organization that I'm a member of which mentioned self-publishing online. A bit of research showed it to be a reasonable thing to do, so I decided to give it a try.
What is the greatest joy of writing for you?
I think the greatest joy is just the act of creating something new from my imagination. Knowing that I made something feels wonderful.
What are you working on next?
At the moment, I'm working on another modern day urban fantasy, with a far more heroic protagonist than my previous books had. It also pushes a bit more into the fantasy realm with the inclusion of fey elements, wherein vampires and elves are on opposite sides of racial relations.
Who are your favorite authors?
Robert Jordan, H.P. Lovecraft, and Edgar Allan Poe, with honorable mention to Holly Black.
What inspires you to get out of bed each day?
Being mortal means that, unfortunately, I don't have all the time in the world to do whatever I want. Since my lifespan is a limited resource, I want to make the most out of it that I can.
When you're not writing, how do you spend your time?
Most of what I do in my spare time is chronicled to some degree on my blog (https://www.ashadler.com), but the main bullet points would be (in no particular order):

*Calisthenic exercise
*Playing and/or reviewing video games
*Reading
*Cooking, especially making grain-free desserts
*Painting miniatures
*Stressing out over how to be a better friend
What do your fans mean to you?
Right now, since I'm just starting out as a published author, most of the fans of my writing have been my personal friends. Their support and praise has been incredible, and knowing that I can do something to help bring pleasure to their lives is definitely a source of motivation for me to keep writing.
Smashwords Interviews are created by the profiled author or publisher. 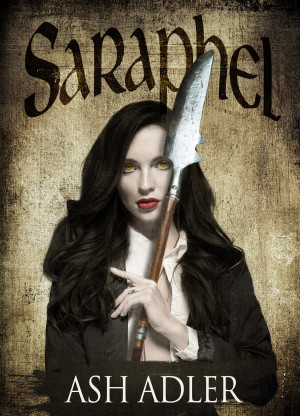 Saraphel by Ash Adler
Price: $2.99 USD. Words: 131,910. Language: English. Published: May 21, 2018. Categories: Fiction » Fantasy » Dark
In the distant past, there was a war between humans, vampires, lycanthropes, and mutants that gave rise to the vampire assassin Saraphel. After it ended, she found a place for herself by catering to the darkness and depravity within others. When her peace is shattered, she finds herself alone, desperate for revenge, and drawn into a deeper plot behind it all. 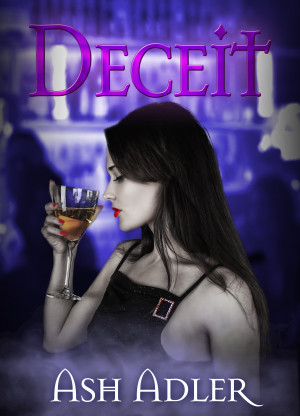 Morgana was used to an existence of carefree indulgence, with no greater worries than needing to find other vampires to feed on, until a chance encounter leads her straight into a hotbed for other supernatural beings, caught in a three-way battle for control over a city.