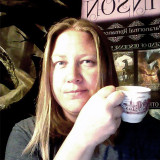 Published 2018-11-14.
When did you first start writing?
Officially, I started writing in 2005 and first published in 2009. I never thought to be a writer, but once I started I couldn't stop.
What's the story behind your latest book?
The book I'm currently working on is the second novella in my Draghans of Firiehn series. It continues the story of Dorran, a cursed king who can shift into dragon form and Brienne, an enslaved warrior who sees past his outer guise to free the man within. It should be out later this year or early next year.
If this is part of series, how did you come up with the idea for the series?
Blaze and Borne is part of the Draghans of Firiehn series. The idea sprouted during a challenge for a group of my author pals to write dragon-themed novellas for an anthology collection. It is a spin off of my Otherworld series.
What motivated you to become an indie author?
I had stories to tell and didn't want to play the game of searching for agents and waiting to find a publisher.
What is the greatest joy of writing for you?
When a new story idea sparks. That is the best thrill there is.
Who’s your book boyfriend or secret book crush?
Right now, Cassian from the Court of Thorns and Roses series.
Where did you grow up, and how did this influence your writing?
The Central Coast of California. It has had a big influence in that it is the setting for one of my series and provides inspiration for the setting for another.
What drives you to keep on writing?
My characters, the stories themselves, and my readers.
Describe your desk
It's a disaster right now. Who has time to organize when there is so much world building to do? Sometimes, I get the urge to purge all the clutter, but then I can't find anything.
If you could tell your younger writing self anything, what would it be?
Don't let the business end of the writing world drag you down. I wish I could rediscover that wondrous spark of newness I once had. Some days I get there, some days I don't.
What’s your favorite under-appreciated novel?
Poison Study. I love that book and have read it a dozen times. It's got all the good stuff: intrigue, mystery, a strong heroine, romance ... I can't exactly put my finger on what makes it so great, but I keep coming back to it.
Smashwords Interviews are created by the profiled author or publisher. 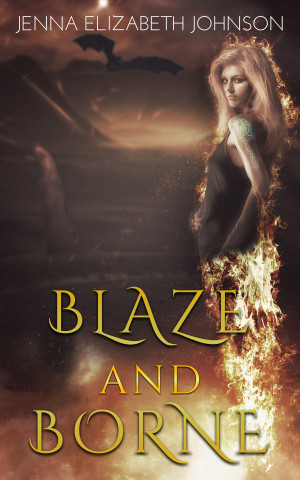 Blaze and Borne (Draghans of Firiehn Book 2) by Jenna Elizabeth Johnson
Price: $2.99 USD. Words: 43,910. Language: English. Published: March 21, 2019. Categories: Fiction » Fantasy » Paranormal, Fiction » Romance » Paranormal » General
Although Brienne of Eile has finally broken free of the Morrigan’s grasp, the new life awaiting her in Firiehn may prove to be just as dangerous. Hoping for a fresh start with Dorran, Brie agrees to join her cru-athru lover as he journeys back to the kingdom of Astorelle. But navigating courtly politics may prove to be just as difficult as her previous life... 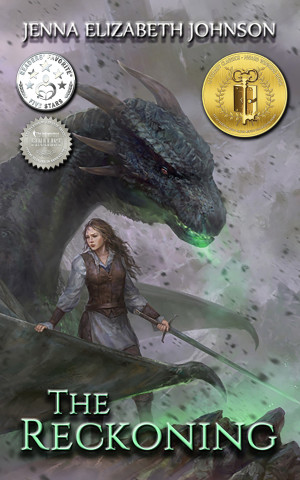 The Legend of Oescienne - The Reckoning (Book Five) by Jenna Elizabeth Johnson
Price: $3.99 USD. Words: 178,130. Language: English. Published: June 16, 2018. Categories: Fiction » Fantasy » Epic, Fiction » Young adult or teen » Adventure
The epic conclusion is finally here . . . Ever since leaving her home in Oescienne, Jahrra has known the fate awaiting her in the kingdom of Ghorium. She just didn’t realize she’d be unprepared when that day arrived. After all, the prophecy has never been clear on how she is to defeat the Crimson King, only that if it is to be done, she is the one who must find a way. 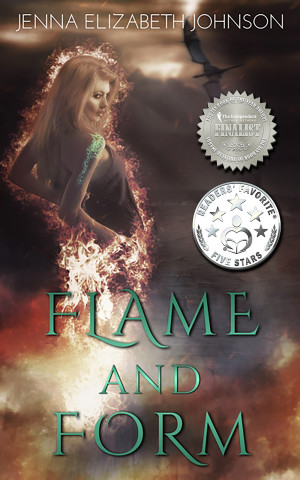 Flame and Form (Draghans of Firiehn Book 1) by Jenna Elizabeth Johnson
Price: $2.99 USD. Words: 36,300. Language: English. Published: August 22, 2017. Categories: Fiction » Fantasy » Paranormal, Fiction » Romance » Paranormal » General
When Brienne intervenes on behalf of a draghan, a wild, fire-breathing beast from the realm of Firiehn, she only means to save the creature from a fate worse than death. What Brienne doesn’t realize, however, is that this monster is cru-athru, a shapeshifter capable of transforming into a man, one whose very presence heats her blood like draghan fire. 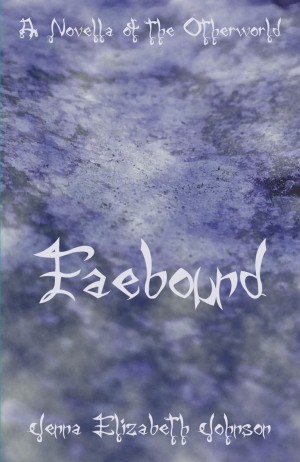 Faebound - A Novella of the Otherworld by Jenna Elizabeth Johnson
Price: $0.99 USD. Words: 19,160. Language: English. Published: June 17, 2016. Categories: Fiction » Fantasy » Paranormal, Fiction » Fantasy » Short stories
Aiden Elam has always been different from the other kids he knows. The adults say he has Autism, but Aiden isn’t so sure. He can understand everyone just fine, he just can’t get the words out to tell them. 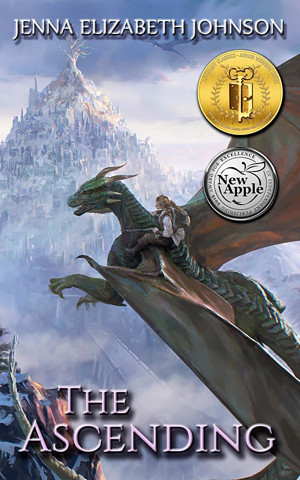 The Legend of Oescienne - The Ascending (Book Four) by Jenna Elizabeth Johnson
Price: $3.99 USD. Words: 165,060. Language: American English. Published: May 20, 2016. Categories: Fiction » Fantasy » Epic, Fiction » Young adult or teen » Science Fiction
A year has passed since the Tanaan dragon Jaax and his human ward, Jahrra, came to live within the protected boundaries of Lidien, the great City of Light. But even the safest places in Ethöes can harbor enemies, and one cannot hide from one’s fate forever. At the onset of yet another departure, Jahrra realizes there is more to this next step in her journey than she previously thought. 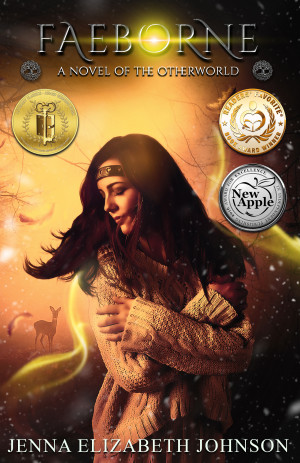 Faeborne - A Novel of the Otherworld by Jenna Elizabeth Johnson
Price: $3.99 USD. Words: 135,320. Language: English. Published: December 23, 2015. Categories: Fiction » Fantasy » Paranormal, Fiction » Romance » Paranormal » General
Despite being worlds apart, Seren and Brennon are brought together in a single moment. When the doe Brenn shoots turns into a woman before his eyes, he has no choice but to bring her home with the hope that she’ll recover. What he doesn’t realize, however, is that Seren is capable of healing herself and she may be able to cure his wounds as well, and not just the ones that run skin deep. 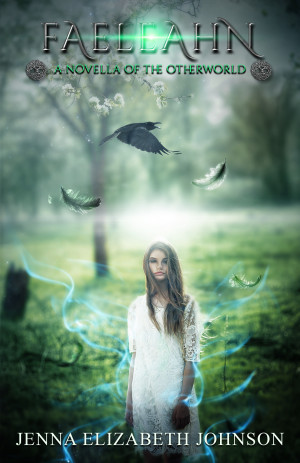 Faeleahn - A Novella of the Otherworld by Jenna Elizabeth Johnson
Price: $1.99 USD. Words: 36,740. Language: English. Published: June 29, 2015. Categories: Fiction » Young adult or teen » Paranormal, Fiction » Fantasy » Short stories
Cade and Meghan are ready to pledge their souls to one another in a traditional bonding ceremony of Eilé. But before the ceremony can take place they must inform everyone of their intentions. Although the goal is to share the news of their upcoming wedding, the faelah bounty hunter and the princess of Erintara grow even closer as their love is reflected back to them by those they hold most dear. 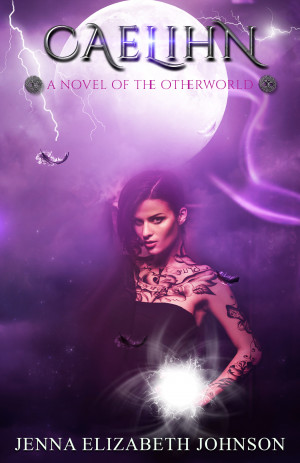 Caelihn - A Novel of the Otherworld by Jenna Elizabeth Johnson
Price: $2.99 USD. Words: 71,940. Language: English. Published: February 14, 2015. Categories: Fiction » Fantasy » Paranormal, Fiction » Romance » Paranormal » General
A few scant months ago Robyn Dunbarre, with the help of Devlin O’Brolaigh, managed to escape the claws of a sadistic Otherworldly mage with her life barely intact. Now living in Eilé, Robyn is eager to track down her Lorehnin roots. Devlin believes they should start searching among the Amsíhría, the women of the Otherworld with the power to appease Eilé’s wild, and sometimes volatile, weather. 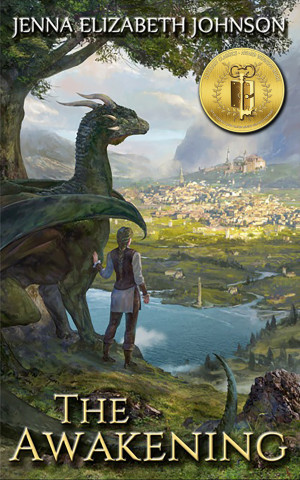 The Legend of Oescienne - The Awakening (Book Three) by Jenna Elizabeth Johnson
Series: Oescienne, Book 3. Price: $1.99 USD. Words: 152,440. Language: English. Published: March 22, 2014. Categories: Fiction » Fantasy » Epic, Fiction » Children’s books » Animals » Mythical animals
Growing up is never easy, but for Jahrra, seventeen years has brought its own unique share of hardships. She’s made both friends and enemies; has felt both joy and sorrow. Yet she has persevered through it all and has finally learned to know and accept who she is. Unfortunately, her trials and tribulations are only just beginning . . . 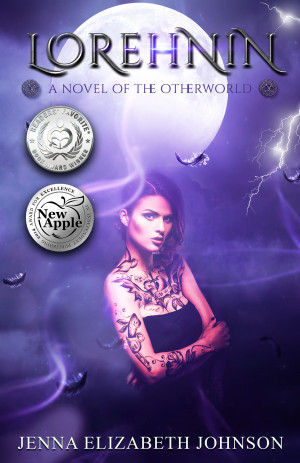 Lorehnin - A Novel of the Otherworld by Jenna Elizabeth Johnson
Series: Otherworld, Book 7. Price: $3.99 USD. Words: 103,420. Language: English. Published: March 7, 2014. Categories: Fiction » Fantasy » Paranormal, Fiction » Romance » Paranormal » General
***2014 NEW APPLE BOOK AWARDS MEDAL WINNER - YOUNG ADULT CATEGORY*** ***2015 READERS' FAVORITE SILVER MEDALIST - YOUNG ADULT PARANORMAL*** Robyn is working her way toward a business degree with the hopes of someday managing the Green Tea Leaf, a local café in the bustling town of San Luis Obispo. What Robyn hadn’t planned on, however, was getting caught up in the business of the Otherworld.
View their profile to see all of their books