Published 2018-07-13.
How has Smashwords contributed to your success?
A large part of my income comes from Smashwords; I'm one of their best sellers, which is very exciting. Their site is easy to use, statements are easy to read and I can watch sales in real time. I can write what I want without deadlines or rigid word length and they keep me apprised of new developments.
What motivated you to become an indie author?
My NY publisher, Dorchester, went belly up. Editors kept saying they liked my work, but weren't sure how to market it. I needed income, and heard about Smashwords. I uploaded Iron & Hemlock, then others as my contracts expired. I worked my tail off and watched in amazement as sales took off. We were so excited, my husband kept showing his buddies at work as sales shot up. Everyone was cheering, and it looked like a sporting event. It was one of the most exciting periods in our lives.
What is the greatest joy of writing for you?
Sharing the stories in my head, watching them come to life. Cover design is fun, too. It's a joy to do what I love.
What inspires you to get out of bed each day?
My family. Hands down, they are my most important motivation.
When you're not writing, how do you spend your time?
Reading, walking my dogs, gardening, cooking, being a wife and mom.
How do you discover the ebooks you read?
Covers catch my eye, then I read the description. Downloading a free sample is very important, too. If the writing clicks for me, I buy the book.
Do you remember the first story you ever wrote?
It was something about elves, and I was in my early teens. I discovered creative writing in middle school and I've been writing ever since, though these days I use a computer and not a lined notebook.

I don't do poetry anymore, either, unless I'm writing a blurb. The have a similar rhythm, and I've gotten pretty good at it. In many ways, a novel is like a huge poem, and it scratches the poetic itch.
What is your writing process?
Seat of the pants, definitely. I try to plot occasionally, but it rarely works. It's best for me to go where the story leads.
What is your e-reading device of choice?
Android tablet, because I can use both Nook and Kindle apps.
Where did you grow up, and how did this influence your writing?
North Pole, Alaska. My dad was a mechanic and worked summer road construction, so we'd often go along and stay in a camper so my parents could be together. It meant summers in a lot of tiny towns and winters at my parent's cabin on the Salcha River. They lived in a well-maintained trailer house on one acre so they could afford the cabin, snow machines, four wheeler, etc. Like many mechanics, Dad also had a large garage. Mom home schooled my younger brother and me at the cabin a couple of winters. It was fine as a kid, but got boring as a teen.

Despite this, I was bookish and definitely not a tomboy.
When did you first start writing?
Grade school. Fifth grade?
What's the story behind your latest book?
I got hurt and couldn't write for two years. It took forever to finish Black Hound, and I put a lot of what I suffered in it, using snark and humor to keep it light.

It also changed the way I write; I don't do explicit romance anymore, and I'm editing it out of my back list. That kind of pain changes a woman.
How do you approach cover design?
I flip through Shutterstock and do mock ups in GIMP. I know just enough about the program to achieve respectable results, but I've improved a lot. 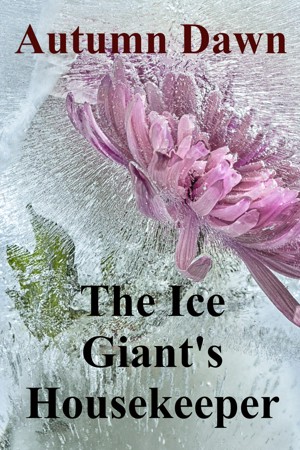 The Ice Giant's Housekeeper by Autumn Dawn
Series: Convergence. Price: $3.99 USD. Words: 48,930. Language: English. Published: August 5, 2022. Categories: Fiction » Romance » Paranormal » General
Fern served the perfect frost giant family, until a disaster forced her to find a new home. Turned out another family was in need of a live-in housekeeper. With four messy brothers, it’s not exactly a dream job...at first. A member of Fire & Rescue, Hakon doesn’t have time to breathe, much less clean. Not only is the new housekeeper a talented cook, she comes with unexpected magical talents. 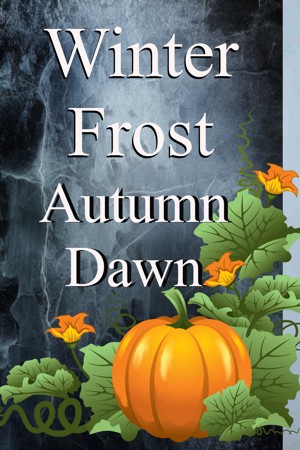 Winter Frost by Autumn Dawn
Series: Convergence. Price: $3.99 USD. Words: 7,440. Language: English. Published: December 30, 2021. Categories: Fiction » Fantasy » Urban, Fiction » Young adult or teen » Fantasy
Fleeing monsters in a raging winter storm, Ria and her grandma end up at the edge of a dark field. Ria grows a giant pumpkin to shelter them. Inside was squishy and full of seeds, and grandma doesn’t appreciate the rescue… With a killer thief on the prowl and deadly winter to survive, Ria will need magic, grit and friends to get through this time of winter frost. 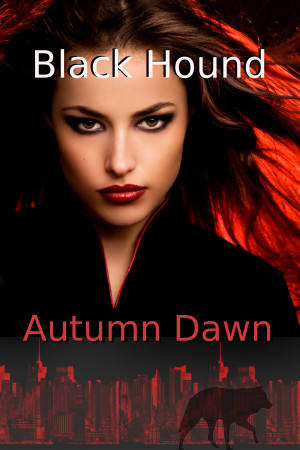 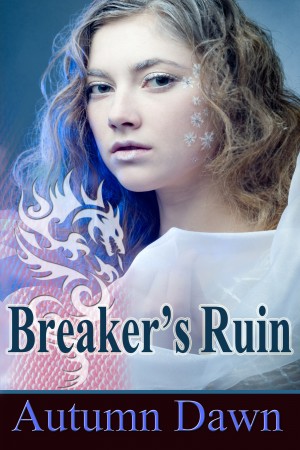 Breaker's Ruin by Autumn Dawn
Series: Convergence. Price: $4.99 USD. Words: 60,320. Language: English. Published: February 19, 2016. Categories: Fiction » Romance » Paranormal » General, Fiction » Fantasy » Urban
Daisy has the perfect family…until it falls apart. Her dragon father is ill and her mother pregnant with twins. When their mother gets sick, Daisy must decide if remaining human is best for the hatchling’s future. Breaker wants Daisy, complications and all, until a terrible injury changes everything. Is he strong enough to overcome it, or will his pride be Breaker's Ruin? Heat level: sweet 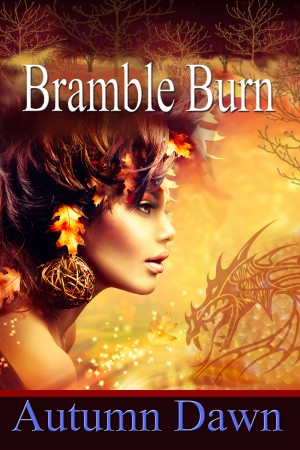 When tree mage Juniper discovered a source of magic buried in an abandoned park, she made a deal with the city. If she can stabilize the park’s wild magic, she’ll own it…if she can survive. Now she has to clear out magic spawned monsters, deal with a werewolf suitor and survive her bloodthirsty dragon uncle. She’s going to have to dig deep to subdue Bramble Burn Park. Sweet heat 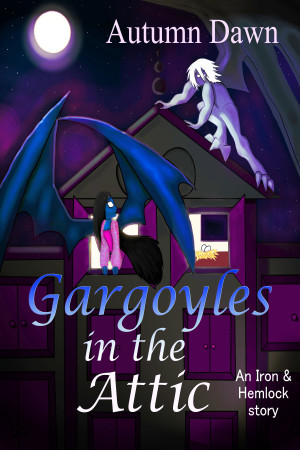 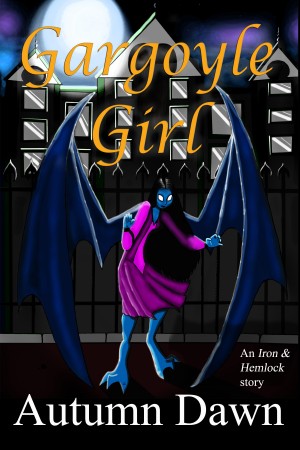 Gargoyle Girl by Autumn Dawn
Series: Iron & Hemlock, Book 2. Price: $3.99 USD. Words: 25,740. Language: English. Published: May 9, 2014. Categories: Fiction » Romance » Paranormal » General, Fiction » Romance » Fantasy
Cachet dreamed of a handsome gargoyle mate of her own, and Rook swept her away with his dark good looks. Since the Purge, gargoyles are rare, so when a young gargoyle miss arrives, claiming to be his true mate, Cachet smells something fishy. She’s not sharing her mate, and the little harpy has to go. There’s going to be a catfight in the old house tonight. 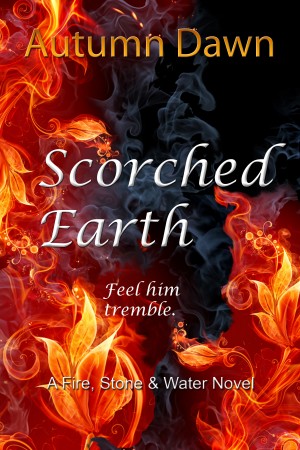 One will find a love that shakes the earth itself. Cara’s compassion freed three dangerous elementals from a hellish prison. Released from centuries of incarceration, these powerful beings have the potential to leave a scorched earth. Can Cara give the earth elemental a reason to care, or will the power the Fates unleashed in her be her downfall? 35,000 words Sweet Romance 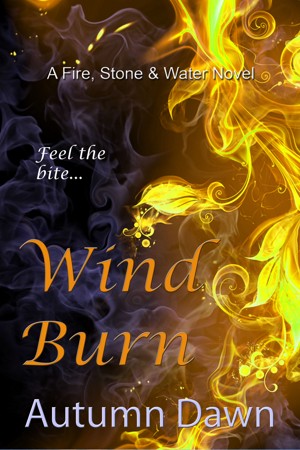 Tech Sergeant Gale Adam’s final flight over the North Pole is supposed to be routine; instead it changes her destiny. Transformed by the Fates, tossed out of her KC-135, Gale is alone in the desolate arctic wilderness. Cursed with the power to destroy all she loves, can she prevent elemental Nitro from extinguishing her home, her family and their future? Heat level: sweet 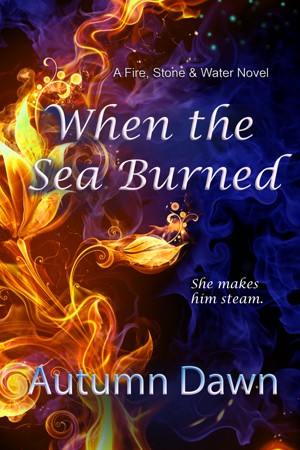 He makes her steam. Alicia hates the water that claimed her life and washed away her humanity, leaving her forever changed. Surge is the sea, an enemy who makes her steam. His touch washes away the fear, but can she trust the element that killed her? She’d better decide fast, because there’s a greater threat closing in, and more than one way to be burned by the sea. 39,000 words Sweet Romance
View their profile to see all of their books