Published 2016-07-30.
When you're not writing, how do you spend your time?
I generally like to spend my time doing things I love. In the mornings before I write, I enjoy going to the gym and exercising. During the day, if I'm not writing, I like to do one of two things: Read or watch anime. Yes, I'm a major anime nerd.
How do you discover the ebooks you read?
Mostly Amazon. I have an Amazon account, and it's the easiest place to buy ebooks.
Do you remember the first story you ever wrote?
Yes, I do. It was a Naruto fan fiction called Namikaze's Return. It was complete crap, but I always remember it fondly.
What is your writing process?
I sit my butt down and write. Generally, I'll have a story in mind, but it's usually only a one-sentence idea like: "Hero journeys through perilous lands to save his best friend." or something.
Do you remember the first story you ever read, and the impact it had on you?
The first story I ever read... I think it was a Star Wars book, actually. Ah, yes! It was Timothy Zhan's Hand of Thrawn Trilogy. I loved those books. I first read them when I was in elementary school. I don't know how much impact it had beyond cementing my love for Star Wars, though it did also get me to read even more.
How do you approach cover design?
My illustrator and I usually work together. I'll come up with an idea of what I want, and she'll create a series of thumbnail images. Once I pick the best image, she'll work on it and create a line art cover, I'll suggest edits until I'm satisfied, and then she'll create a beautifully illustrated cover.
What are your five favorite books, and why?
Every Star Wars EU book, The Lord of the Rings, Percy Jackson, Re: Zero, and Log Horizon.

I love these books because all of them have shaped my writing in some way. Star Wars has always been my favorite series, and Lord of the Rings gave me my love for fantasy. Percy Jackson is what helped me when it came to developing characters in YA novels. Re: Zero and Log Horizon are both Japanese light novels, which I find fascinating. The way they write their stories are a lot different than us, and I like that. I feel like it gives me a glimpse into Japanese subcultures.
What do you read for pleasure?
Japanese light novels and manga.
What is your e-reading device of choice?
I read on my Galaxy S5.
What book marketing techniques have been most effective for you?
Having an audience before I published my first book. I write online, and I had several thousand followers before I ever decided to publish. It was only thanks to them, the readers who supported me before I became a published author, that I have gotten this far.
Describe your desk
Messy. Cluttered. I think there's some food stuck to my desk... T_T
Smashwords Interviews are created by the profiled author or publisher. 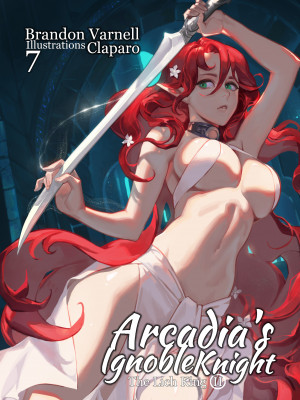 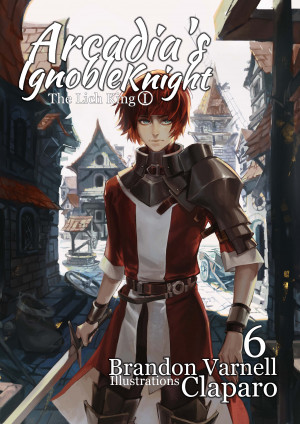 Arcadia's Ignoble Knight: The Lich King Part I by Brandon Varnell
Series: Arcadia's Ignoble Knight. Price: $4.99 USD. Words: 44,980. Language: English. Published: November 25, 2019. Categories: Fiction » Fantasy » Epic, Fiction » Romance » Fantasy
Caspian and Elincia must give their all against the undead legions of the Lich King, or they will suffer a fate even worse than death. 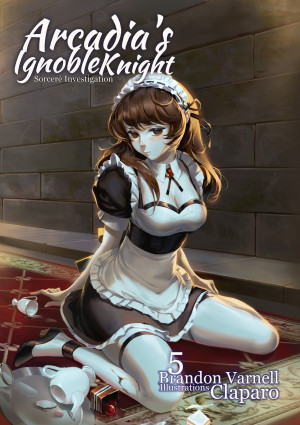 Arcadia's Ignoble Knight: Sorceré Investigation by Brandon Varnell
Price: $4.99 USD. Words: 62,640. Language: English. Published: May 14, 2019. Categories: Fiction » Graphic novels & comics » Manga, Fiction » Graphic novels & comics » Manga
What should have been a simple investigation regarding the buying, selling, and creation of magical matrices becomes so much more when Cassadinia is attacked by Murakumos—the powerful MagiTech automatons that devastated the Colosseum during the Sorceress’s Knight’s Tournament. 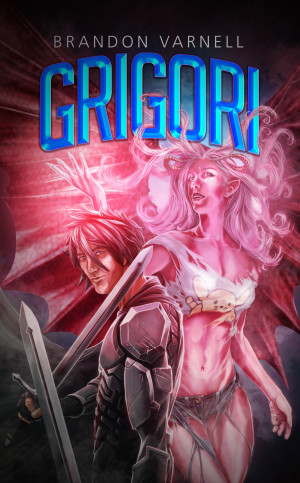 Grigori by Brandon Varnell
Series: The Executioner. Price: $4.99 USD. Words: 127,180. Language: English. Published: June 4, 2019. Categories: Fiction » Fantasy » Urban, Fiction » Romance » Paranormal
Devils have infiltrated the Catholic Church. Now it’s up to Christian, Lilith, and their allies to face off against a group of Devils who are hellbent on opening a gate to the Underworld. If they can’t stop this from happening, then the world will burn. 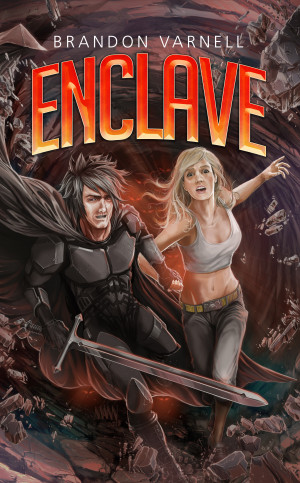 Enclave by Brandon Varnell
Series: The Executioner. Price: $4.99 USD. Words: 121,570. Language: English. Published: December 11, 2018. Categories: Fiction » Fantasy » Urban, Fiction » Romance » New adult
Christian and Lilith survive their battle against Asmodeus and are taken to safety by a succubus named Clarissa. Meanwhile, Samantha, Tristan, and the other Executioners are on their last leg as a plot several hundred years in the making comes to fruition... 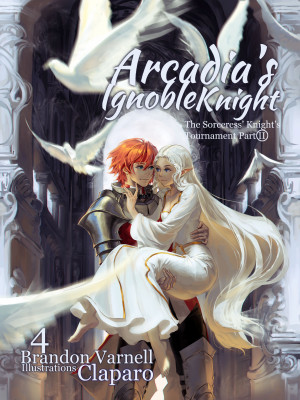 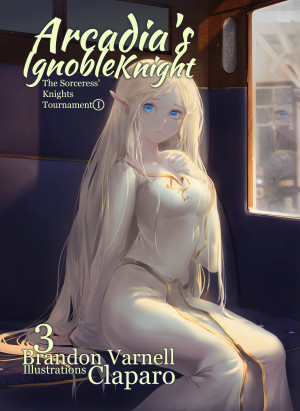 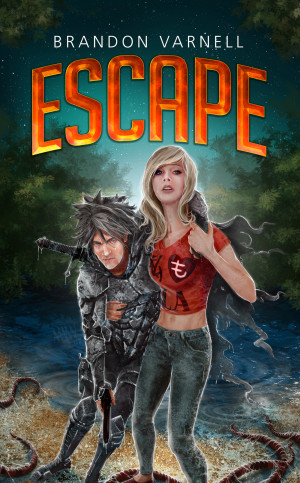 Escape by Brandon Varnell
Series: The Executioner. Price: $4.99 USD. Words: 119,230. Language: English. Published: December 12, 2017. Categories: Fiction » Fantasy » Urban, Fiction » Romance » New adult
Lilith is a succubus. It’s been confirmed by the Catholic Church, and now Christian has been ordered to kill her. Had this order come before now, he would have executed it without hesitation, but he can’t eradicate her now that he knows she isn’t evil. The only recourse left is to take Lilith and run. 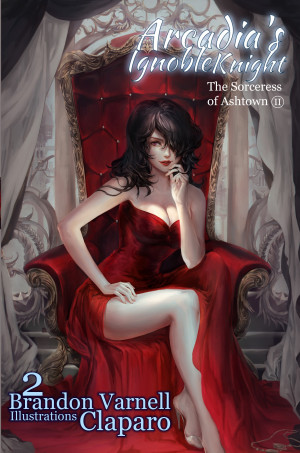 Arcadia's Ignoble Knight: The Sorceress of Ashtown Part II by Brandon Varnell
Series: Arcadia's Ignoble Knight. Price: $4.99 USD. Words: 52,070. Language: English. Published: November 8, 2017. Categories: Fiction » Fantasy » Epic, Fiction » Romance » Fantasy
Caspian has made contact with the sorceress who resides in Ashtown, but Erica Demonica de Angelo is nothing like he expected. Arrogant. Narcissistic. Rude. She is everything that he despises, and now he's being forced to protect her. 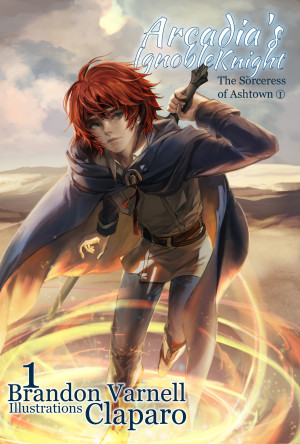 Arcadia's Ignoble Knight: The Sorceress of Ashtown Part I by Brandon Varnell
Series: Arcadia's Ignoble Knight. Price: $3.99 USD. Words: 47,020. Language: English. Published: May 15, 2017. Categories: Fiction » Fantasy » Epic, Fiction » Romance » Fantasy
When Caspian is asked to deliver a letter to the Sorceress living in Ashtown, his train is attacked. However, there's more to this attack than a simple train robbery perpetuated by bandits...
View their profile to see all of their books