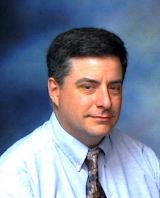 Published 2014-01-02.
What inspires you to get out of bed each day?
3 of the best kids in the world and the love of a good woman.
What is your writing process?
When I first began, I created an elaborate outline, rich in detail. But then when I started to write, the story quickly diverged from my original plan. Ideas spring to mind, a secondary or tertiary plot point sounds interesting so I add it. Now, I have several scenes in mind when I begin to write and steer the story towards them. I let the story write itself.
Why did you begin writing in the first place?
Why did I decide to begin writing The Morcyth Saga? I suppose the main reason was due to the many series which were currently popular at the time. Series that in the beginning grabbed hold of me and wouldn't let go, but then over time began to lose momentum in a mire of subplots and overlong descriptive paragraphs which I found myself skipping. When I realized I was skipping pages at a time to pass through a subplot that didn't really move the story along to get to what I considered the `good points' (action, adventure, actually seeing the main characters) I figured I could do better.

So I set out to write a series in which the reader followed the main character 90% of the time, action or points of interest were in every chapter, and descriptive content was down to a minimum. As a reader I knew I could create my own visualization of surroundings and figured others could to. I mean, do you really need me to go in depth as to what a teenage boy's room looks like? Doesn't `messy boy's room' bring up an instant visual? Stuff like that is what I mean. Certainly there are those who prefer grand descriptive content and a myriad of plots that takes a notepad to keep track of. To them I would say The Morcyth Saga is not for you.

As to the story itself, I was a role player in high school back in the '80s. And I got to thinking about how interesting it would be should a gamer be thrust into a world in which his gaming experiences could help him thrive. After all, if you take a person from our world and thrust them into a world of magic, wouldn't it be helpful to select someone who would be more amenable to the prospect of magic? Perhaps one whose very interests were along those lines? That was how James came into being, a high school senior who loves creating and then running his friends through his creation.

The Morcyth Saga and The Broken Key Trilogy are both written along gaming lines. The Morcyth Saga is about a gamer that is thrust into a world of magic while The Broken Key is written in role playing style.
When did you first start writing?
I wrote my first word March 1, 2005, beginning The Morcyth Saga, in particular The Unsuspecting Mage. It was almost a year since my wife left me and my three children to fend for ourselves. Life was good and I had always had a well developed imagination so thought, "Why not?" and began my first steps to the career I have today.
What is the biggest obstacle to writing?
Excuses. Plain and simple. As I tell my children, "An excuse can kill a dream."

For example, "I can't write if I'm tired" or stressed, or only have less than an hour to devote to it. If you want to be a writer...write. Ten minutes here, twenty there if you have to but sit down and start fleshing out your story. If you let excuses get in the way, you may as well find a new line of work. Although I do have to admit, there are days when the creative juices just aren't flowing and that isn't just an excuse.
Did you try to get an agent and a publisher.
Yes. Back then you had to as Smashwords and other similar sites had not yet come into being. Self publishing was frowned upon and I was basically told by those in the industry that if I ever set foot on the road of self-publishing, that traditional publishers wouldn't have me. It wasn't until I was rejected by everyone, publishers and agents, that I took the chance. And here I am now. Frankly, I doubt if a traditional publisher could give me enough money to give them rights to any of my books.
Do you remember the first reveiw you ever got?
Do I!

.....and this book reads like it was written for a high school English class. Worst book I've read in a long time.

I like lots of books, especially ones written by Robin Hobb, George Martin, and Stephen Donaldson to name but three. These books were well written. This one was not.

Harsh reviews are part and parcel to being published. This one crushed me for a short time, but then a good review was posted and my ego was bandaged enough for me to keep going. :) There have been many, many worse ones. Can't let it get you down. When I began, I made $40 my first month and I told myself that as long as I sold at least 1 book a month, I would keep going. Took years before I made enough to live off. Can't give up. Ever!
Smashwords Interviews are created by the profiled author or publisher.

Man wins lotto, gets inundated with fame and his quiet life is no more. In an effort to reclaim the peace and quiet he so much enjoys, he uses the lotto money to be the first colonist on Mars. He figures this would be the only place that neighbors would be unlikely.

Stop!!! ****Spoilers!!!**** If you have not read through Tides of Faith I would strongly recommend you do not read this teaser. If so, enjoy while I get the rest of this book in line for the upcoming release date. If you have never read any of my books, reading this will make no difference. Though if you plan to, I'd still advise avoiding it. 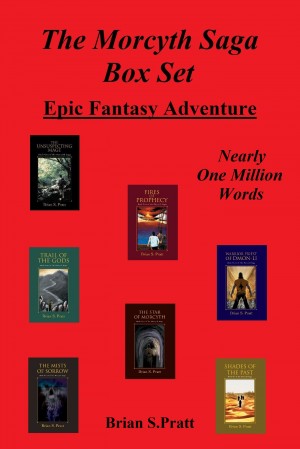 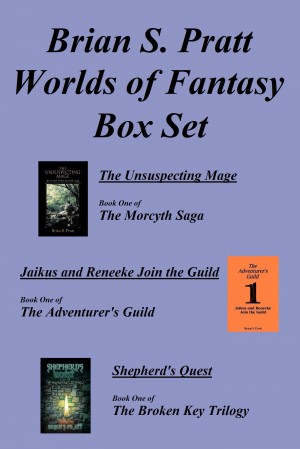 This Box Set includes the first complete book of each of Brian S. Pratt's most popular Fantasy Worlds: The Unsuspecting Mage of The Morcyth Saga Shepherd's Quest of The Broken Key Trilogy Jaikus and Reneeke Join the Guild of The Adventurer's Guild After each you will also find the first three chapters of the respective series' book two. Enjoy! 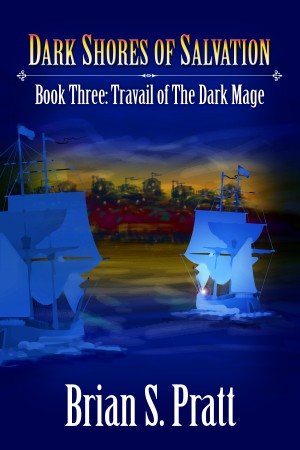 Dark Shores of Salvation: Travail of The Dark Mage Book Three by Brian S. Pratt
Series: Travail of The Dark Mage, Book 3. Pre-release—available December 29, 2022. Price: $6.95 USD. Language: English. Categories: Fiction » Fantasy » Epic, Fiction » Adventure » Action
Build a temple...sounds simple. But with an unknown adversary laying waste to the Empire and magic growing ever more unreliable, things could get interesting. Dark Shores of Salvation is the third book in Brian S. Pratt's Travail of the Dark Mage series. It is the sequel series to The Morcyth Saga, a tale of epic fantasy adventure. 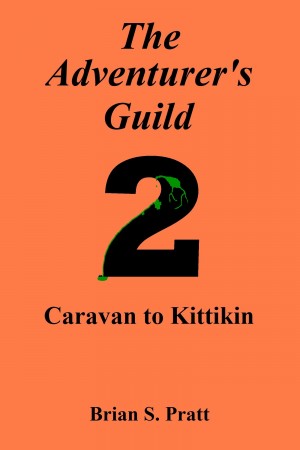 The Adventurer's Guild: #2-Caravan to Kittikin by Brian S. Pratt
Series: The Adventurer's Guild, Book 2. Price: $4.95 USD. Words: 68,670. Language: English. Published: May 5, 2014. Categories: Fiction » Fantasy » Epic, Fiction » Adventure » Action
New to The Adventurer's Guild, Jaikus and Reneeke want to prove themselves. Taking on an Adventure located in Kittikin, the kingdom to the north, they take passage with Master Tuppin's caravan. But since their skills are raw and their talent untested, this could be a very long and dangerous ride through the bandit infested Pass that separates the two kingdoms. 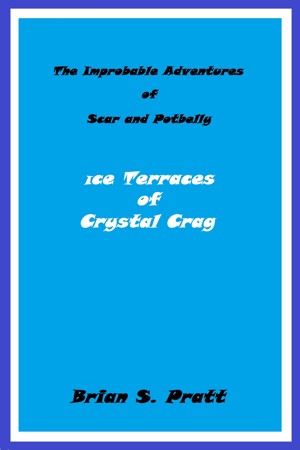 Purchasing a map from the town kook, Old Jim, sets Scar and Potbelly on an adventure to retrieve the other two sections of the map and locate the treasure to which it leads. 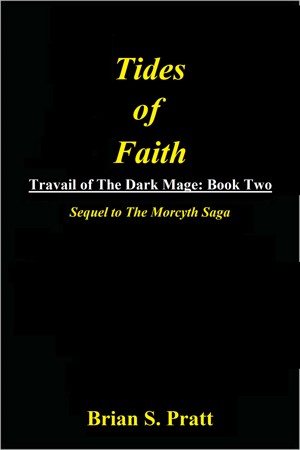 After having barely survived their return from Earth, James, Jiron and Jira enlist the aid of friends on their way to reunite with their loved ones. 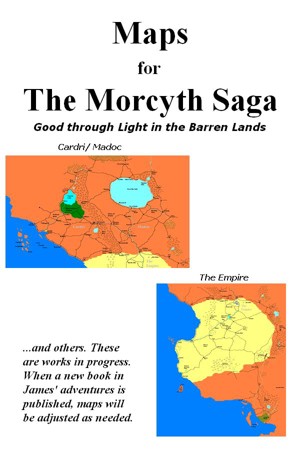 Here are 4 maps that go with The Morcyth Saga and Travail of The Dark Mage. They are works in progress, with only places visited by James and his friends being shown. 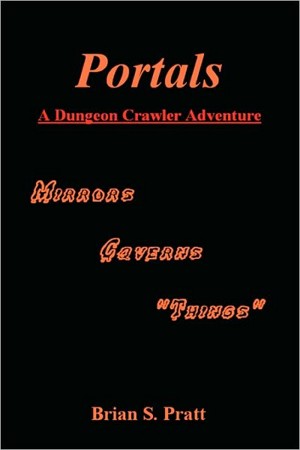 Holk, a veteran warrior of many campaigns stumbles into a subterranean world from which there appears no escape. He discovers a network of caverns, lakes, and fungal expanses; each area isolated from the others. The only avenue from one to the next lies through a series of portals. Within this world he meets a mysterious being known only as The Merchant; a dragon; and a small human boy-child
View their profile to see all of their books