Published 2015-06-22.
When did you first start writing?
That's a tricky one. As a child, I lived for Creative Writing assignments in English classes. I always had an idea bubbling away that seemed to fit the assignment before I got it.

I was at a loss for what to do when I got to Uni and Creative Writing wasn't a subject any more [I took IT, FYI] so I started writing some fanfic. They're lurking around on the internet somewhere, I have no doubt.

And when fanfic wasn't enough... and when Star Trek: Deep Space Nine got cancelled... I began crafting my own universe.

So... um... roughly anywhere between seven and twenty-one? Or, if you count by my published works, then thirty-nine.
What is the greatest joy of writing for you?
I love the flavour of words. When the narrative is flowing and I lose track of time, of myself, of everything but the feel of the scene and the facets of my characters...

It's glorious. I love those moments.

And I also love it when my readers react to something I've written. If I can make them feel, just with rearrangements of letters, then I've done a very good job.
Who are your favorite authors?
Sir Terry Pratchett and Lois McMaster Bujold.

I've loved Pterry ever since I got my hands on a copy of _Mort_. The way he encapsulated human nature and made you laugh at the nastiest parts of us. And the horrible, horrible puns. Just woven into narrative that was utterly ridiculous and so, so very relate-able.

I found Lois in a copy of Analog Magazine. _Labyrinth_ was my first encounter with Miles Vorkosigan. I've looked for her in the local bookshops, ever since. Sadly, she's not often there. It's rather unfair that Sci-Fi is still a niche market. She's a fantastic author. More people should read her works.
What is your writing process?
I have a queue of good ideas and a separate file of interesting snippets and strange ur-words. They're my fodder.

I start with the queue. I ponder the next title/idea and start writing a skeleton file containing the basic plot. Then I let it stew in the back of my head for a couple of days before I start writing.

It's important for me to have three-dimensional characters. Real personalities, real reactions. At some point they're going to take off with the story on their own and at that moment, all I have to do is make sure the entire book isn't one long conversation.

And if I'm really stuck on my daily quota of words [five hundred words a day, six days a week] I'll describe something of interest. That usually gets me to the next thing I'll want to write.

I never edit unless I hit a wall, or I actually finish. First pass - obvious typos. Second pass, continuity. Third pass - making sure all the details line up. Then I surrender it to my beta readers and the fun really starts.
Where did you grow up, and how did this influence your writing?
I grew up in Greenbank, which was very rural in the 1970's. We didn't have a paved road until I was about four. We kept some animals for food and I had no illusions about where things came from.

I suppose I tend to have a variety of self-sufficient heroes as a result. My insular upbringing lead to an insular mind-set. We have to look after our own, and ourselves... that sort of thing.

I am learning the importance of teamwork, so I will probably be exploring that in later works.
When you're not writing, how do you spend your time?
Oh, there's so many things. I have a day job at an e-magazine and I'm not allowed to mix business with pleasure. Alas.

I'm primary parental for two children, and we all have varying ASD issues, so that's a different kind of fun.

When I relax - it's either fanfic or games or Tumblr. I'm never far from an electronic device. Even when I'm watching television.

As for hobbies... when I'm really inspired/financed, I like to work on cosplay or jewellery. Yes. I am a massive nerd. I've been told.
What motivated you to become an indie author?
I write because I can't not write. I tried the pro route of going to writers clubs and listening to other authors tear my work apart. They're vicious, at times.

My anxiety issues couldn't handle that, so I retreated from that scene. Going indie was the only other way to even try to make money at what I seemed destined to do. Better this than having my works found posthumously and dealt with according to the finder's values.
How has Smashwords contributed to your success?
Short answer: Significantly.

Long answer: It's given me a platform in which to display my works and house them in an area without the abundance of predators that exist solely to suck every penny out of perspiring new author's pockets. Smashwords is a very fair marketplace. When you look at all the other self-publishers out there, demanding money up front, Smashwords is a safe haven by comparison.

I'm not successful enough to live off my sales. Yet. But Smashwords has a vested interest in seeing that I do. The more money I make - the more they get!
Do you remember the first story you ever read, and the impact it had on you?
My first story was something by Dr Seuss. I can't remember it. I do recall that my childhood favourite was _One Fish, Two Fish, Red Fish, Blue Fish_. Seuss has had me loving utter nonse since the get-go.

The first novel that I read voluntarily was Michael Ende's _Neverending Story_. The book that existed before the movies came along. I had a special edition in red and green ink and the entire novel was magic. I read the covers off it. Literally. Ende solidified the notion that great characters and solid world-building are the core precepts behind any really good read.
What is your e-reading device of choice?
I do like curling up with my iPad. Everything's adjustable and it will turn itself off if I slip away into slumberland.
Describe your desk
Short answer: organised chaos.

Long answer:
When it comes to desks, I'm rather like a goldfish. My packrattus will expand to fit the available space. There's the essential computer, of course. I've become very accustomed to having two monitors, lately. It gathers monitor guardians and post-it notes according to what I need to remember or play with at the time.

I keep my wrist bracers and gamer headset nearby in case of rheumatism emergencies. And I keep a large tumbler off to the right for a drink when I need one.

Other essentials are my vitamin supplements and a box of tissues. Everything else comes and goes according to need or laziness.
Do you remember the first story you ever wrote?
The first independant one or otherwise?

My first story... as a Creative Writing assignment... was in grade two. I was six or seven and wrote a story from the perspective of being a book. I drew a picture that made my parents laugh.

My first story without school behind it... was a fanfic called _The Collection_. It's still lurking in the shadows of the internet. A very basic two-characters-in-search-of-an-exit kind of deal. But it was the first non-parody DS9 fanfiction out there, so I guess it wins some kind of prize.

My first actual indie fiction has to be R.T.F.M. I've since retired it from Smashwords in an effort to try getting it in a SciFi magazine. The heartwarming tale of what happens when the humans using a technology with a mind of its own actually treat it in a sympathetic manner.

As you might be able to tell, my muse takes me in strange and interesting directions, sometimes.
Smashwords Interviews are created by the profiled author or publisher. 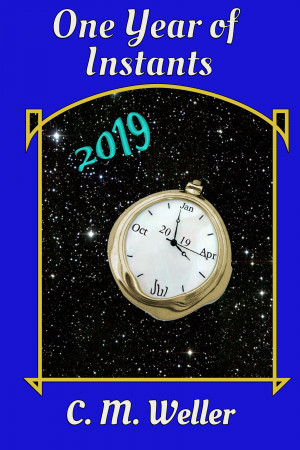 One Year of Instants (2019) by C M Weller
Series: Years of Instants. Price: Free! Words: 215,480. Language: English. Published: February 10, 2020. Categories: Fiction » Anthologies » Flash fiction
Throughout 2019, C. M. Weller has been writing flash fictions based on prompts from readers on the internet. This is an anthology of 365 stories, plus a bonus tale for enthusiastic collectors 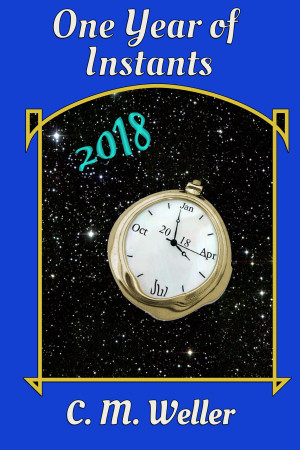 One Year of Instants (2018) by C M Weller
Series: Years of Instants. Price: Free! Words: 209,490. Language: English. Published: January 14, 2019. Categories: Fiction » Anthologies » Flash fiction, Fiction » Science fiction » Short stories
Three hundred and sixty-five days. Three hundred and sixty-five stories. All inspired by people like you, from all over the world and from all walks of life. Science fiction, fantasy, and something close to the real world collide in a mix of pure randomness. Take a walk on the weird side as you journey through... one year of Instants. 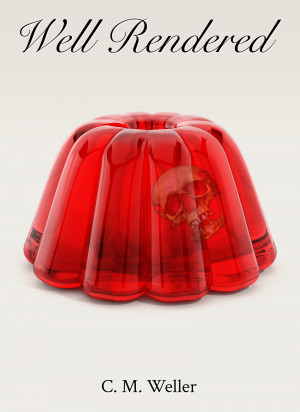 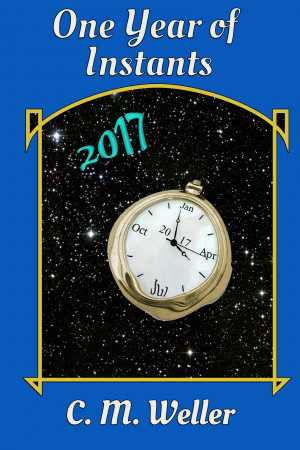 One Year of Instants (2017) by C M Weller
Series: Years of Instants. Price: Free! Words: 193,510. Language: English. Published: January 5, 2018. Categories: Fiction » Anthologies » Flash fiction, Fiction » Anthologies » Short stories - single author
Throughout the year of 2017, author C. M. Weller took prompts from readers and turned them into flash fictions. One a day, for every day of the year except Christmas. Some are funny. Some are sad. Some are horrifying. Some... are not winners. But there is one for every day of the year. One of them is bound to tickle your fancy. Take a walk inside the mind of the internet's weirdest author. 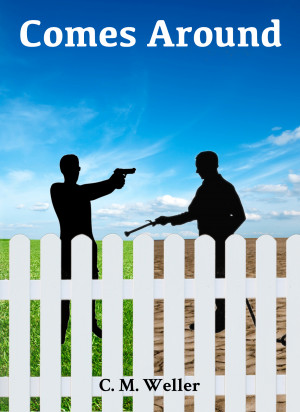 Harold Outterrige has forgotten the golden rule, "treat others as you would treat yourself" and now believes that the downtrodden exist for him to trample. He's about to get a solid lesson in exactly how his beliefs hurt others. Up close. And very, very personal. 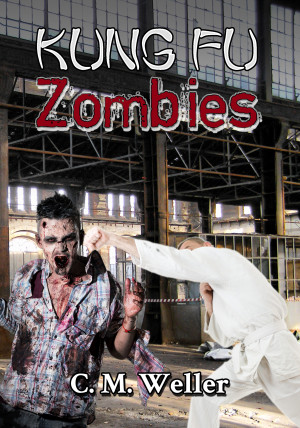 Kung Fu Zombies by C M Weller
Price: $2.99 USD. Words: 120,350. Language: English. Published: May 25, 2017. Categories: Fiction » Adventure » General, Fiction » Horror » Undead
Meet Aiden. He loves movies so much that he's convinced that his life has become one. In the middle of the Zombie Apocalypse, this means that he is destined to be the hero that saves the world and wins the love of the girl who has no interest in him whatsoever. Aiden has to learn how to deal with the inevitable disappointment, as well as how to survive in a world with... Kung Fu Zombies. 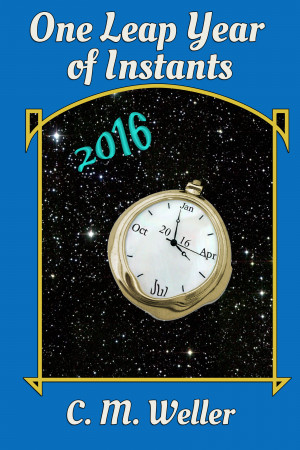 One Leap Year of Instants (2016) by C M Weller
Series: Years of Instants. Price: Free! Words: 160,070. Language: English. Published: February 24, 2017. Categories: Fiction » Anthologies » Short stories - single author
Throughout 2016, C. M. Weller took prompts from hir readers and turned them into a daily flash fiction for the free enjoyment of any who cared to read it. Collected here are one leap year's worth of instant stories. 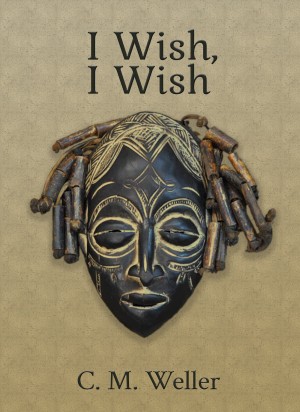 They always say, "be careful what you wish for", and Shannon knew that better than anyone. Yet, when the need is great, temptation looms. What would you do, if you had the chance for one wish to come true? 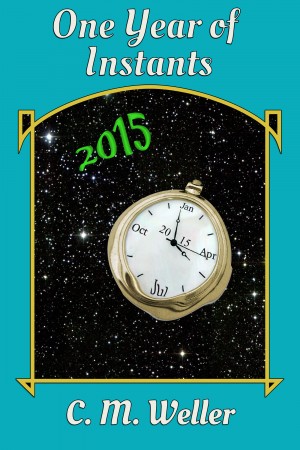 One Year of Instants (2015) by C M Weller
Series: Years of Instants. Price: Free! Words: 158,070. Language: English. Published: March 16, 2016. Categories: Fiction » Anthologies » Flash fiction
Throughout the year of 2015, C.M. Weller wrote one story a day for every day of the year. Each tale is based on a prompt given to hir by hir readers. Subject matter ranges, and viewer discretion is advised. 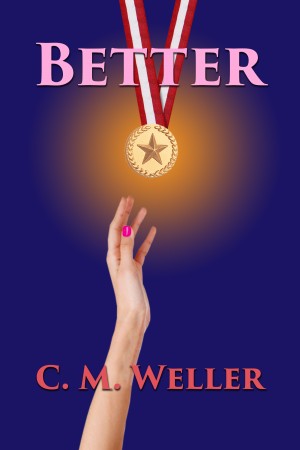 Self-improvements should have limits. If you want to be perfect, you must first define what perfect is. And for one woman, the goal is always moving.
View their profile to see all of their books