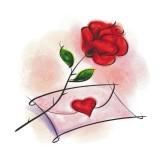 Published 2016-01-30.
Do you remember the first story you ever read, and the impact it had on you?
The story that I remember best, the one that had the most impact, was Walter Farley's "The Black Stallion." I was crazy about horses, and later acquired a big black stallion that I only had for a short while. He was an amazing creature, and uncommonly gentle for his gender. I've had several horses since, and have loved them all, but Joe was special -- like the Black.
Do you remember the first story you ever wrote?
Honestly? No, I don't. As a child I was constantly reading, and I can recall some of those early books, but I don't remember the stories I wrote even though I remember writing and coloring a lot.
What is your writing process?
I get a vague idea, and then plot it mentally while I do other things. Sometimes I make rudimentary notes, similar to an outline, in a Word document so that I can improve and rearrange them during my planning phase that may be days or weeks. I begin filling in the notes with more details as I think up ideas. Then I go over my notes a final time and sit down to write. By then the story is so clear to me that I rarely refer back to the notes; I just write.
How do you approach cover design?
This is a scary question since my cover designs probably do nothing to encourage the purchase of my books. I decided early on to use photographs that I have taken. I know all the experts say to make the cover relevant to the story, to use designs that will encourage readers of the genre to buy it even if the cover is not exactly relevant to the story, etc. However, I like simplicity and I don't remember ever choosing a book because of its cover--though I have rejected many because of tacky covers. Anyway... I just think about the story as I scan through my folders of photos and choose what feels right for the background which I then Photoshop to crop, adjust the size, add the title and author's name, and so forth.
What do you read for pleasure?
My husband says that I will read anything. Since the only language I read, aside from computer languages, is English, I think he needs to add a language caveat to his statement. At one time I read mostly non-fiction, but now I read mostly fiction: thrillers, historical fiction, romance, science fiction, mystery, and crime are my favorites. These days, the majority of my non-fiction reading for pleasure is magazines (Smithsonian, Scientific American, etc.) and online articles.
What is your e-reading device of choice?
A Sony Xperia Z2 tablet. I use several reader software apps: Kindle, Nook, Overdrive, Kobo, and Aldiko.
What is the greatest joy of writing for you?
It relaxes me when I'm stressed. My focus becomes the book and I forget all the frustrating minutiae of the day. I started writing when the pressures at work and home were keeping me from sleeping. I'd sit at my desk at home and write into the wee hours of the morning, and feel rested even though I hadn't slept but a few hours.
Describe your desk
It's an organized mess. Multiple computers, two monitors, two printers, a scanner, a modem, a network gateway, a phone, and all the usual stuff a computer nerd needs to be happy :-)
What inspires you to get out of bed each day?
An elderly horse to feed (he requires cooked meals several times a day since he's so old), a bossy tiger cat that meows until I get up, and a love of good coffee. Just kidding. I've always been a person who sleeps little, pops awake, and hits the ground running. So... I think I get up each day to enjoy life.
When you're not writing, how do you spend your time?
Caring for my pets, reading, cooking (which I love to do), amateur photography, and the project du jour. I also play computer games like Scrabble, Word Chaos, Sudoku, Freecell, etc.
What motivated you to become an indie author?
My husband. He suggested I stop buying so many books (I have hundreds purchased over the years) and start writing instead. So I gave it a try and found writing both relaxing and emotionally rewarding, though I'm not sure it lessened the amount of reading I do. Now if I can just achieve his second hope and earn some money it'll be a win-win situation.
Smashwords Interviews are created by the profiled author or publisher. 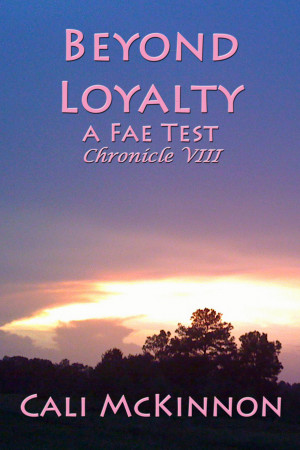 Beyond Loyalty -- a Fae Test by Cali McKinnon
Series: Fae Chronicles, Book 8. Price: $2.99 USD. Words: 85,600. Language: English. Published: July 31, 2017. Categories: Fiction » Romance » Time travel, Fiction » Romance » Paranormal
Duncan, who can travel through time, has chosen to live in the time of the cold war. A debilitating injury brings him into the caring hands of the physical therapist, Amanda. Thinking he may never be whole, he returns to the 21st century for care that can't be had in the early 1970's. The result is some tough choices that must be made by both Duncan and Amanda. 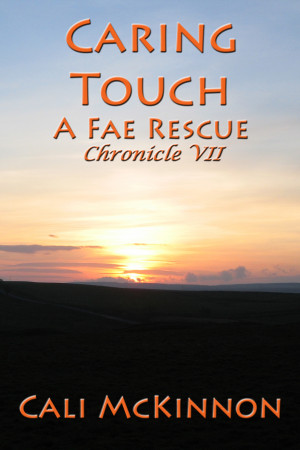 Caring Touch -- a Fae Rescue by Cali McKinnon
Series: Fae Chronicles, Book 7. Price: $2.99 USD. Words: 106,110. Language: English. Published: December 19, 2016. Categories: Fiction » Romance » Time travel, Fiction » Romance » Paranormal
After the loss of his beloved wife, Caedmon travels with his grandson to the past in an attempt to help heal their grief. Erika, who has been hiding alone in the wilderness to save herself, may just be the medicine needed to heal them. 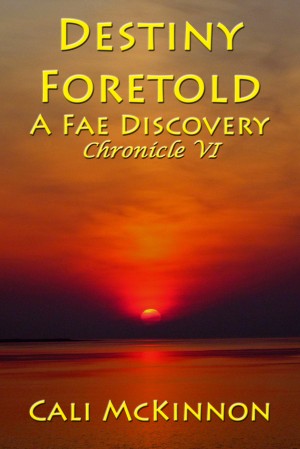 Destiny Foretold -- a Fae Discovery by Cali McKinnon
Series: Fae Chronicles, Book 6. Price: $2.99 USD. Words: 85,250. Language: English. Published: September 22, 2016. Categories: Fiction » Romance » Time travel, Fiction » Romance » Paranormal
Connell has had enough of his current life and decides to take a walkabout... to the ancient times of Atlantis. Karissa, an Atlantean prophetess, sees the future, but has no idea what the strange visions mean. One thing she does know: the visions include her new found friend. 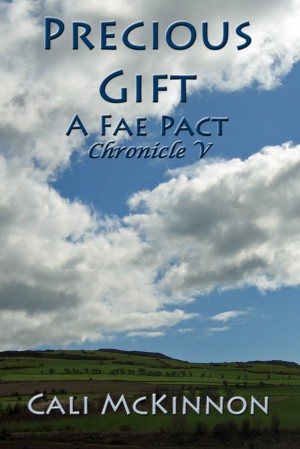 Precious Gift--a Fae Pact by Cali McKinnon
Series: Fae Chronicles, Book 5. Price: $2.99 USD. Words: 94,500. Language: English. Published: July 2, 2016. Categories: Fiction » Romance » Time travel, Fiction » Romance » Paranormal
On a whim, Aleksia wishes herself to the past, where Nicholas becomes her knight in shining armor. He wants to make her happy, but she needs to return to her time in the 21st century. Can he provide her heart's desire? 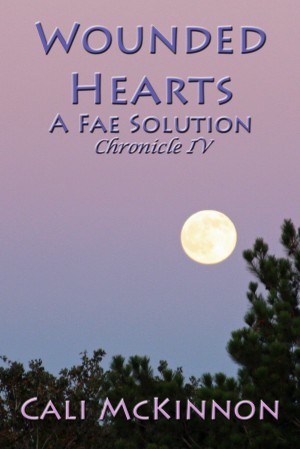 Wounded Hearts -- a Fae Solution by Cali McKinnon
Series: Fae Chronicles, Book 4. Price: $2.99 USD. Words: 97,140. Language: English. Published: February 22, 2016. Categories: Fiction » Romance » Time travel, Fiction » Romance » Paranormal
After being abruptly returned to the 21st century, Caedmon grieves for the family he was forced to abandon in the 11th century. Independent at last, Rita can't help but be skeptical about new relationships, but sometimes a girl just has to go lookin' for love. 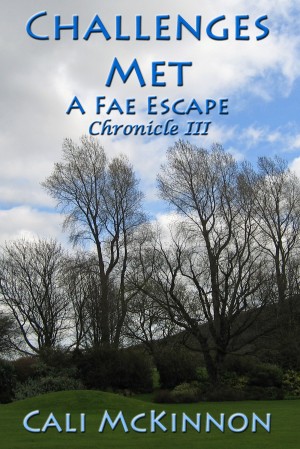 Challenges Met -- a Fae Escape by Cali McKinnon
Series: Fae Chronicles, Book 3. Price: $2.99 USD. Words: 84,170. Language: English. Published: January 20, 2016. Categories: Fiction » Romance » Time travel
After living in the 11th century for his entire life, Cainnech is forced to travel to the 21st century to save his loved ones. Now he must adapt to this strange new world while Jennifer returns to the daily stresses she thought never to face again. 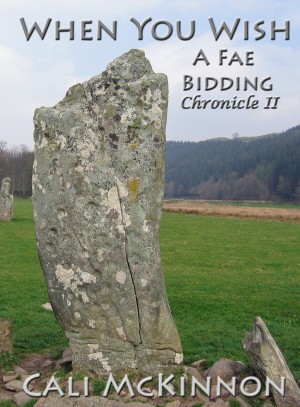 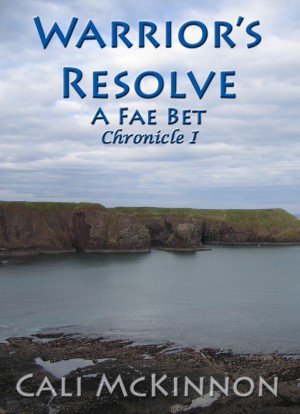