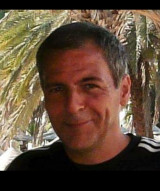 Published 2014-01-11.
Where did you grow up, and how did this influence your writing?
I spent the first ten years of my life growing up in a little terraced house in Mitcham, Surrey, England. I had a really mean Father, it wasn't his fault really. He always insisted it was because of his own dirt poor upbringing. My Mother was Scottish and had a real temper on her and the pair of them were always at war. So you could say it wasn't an easy childhood, but kids back then and now have had far worse.
When did you first start writing?
Primary school. I only loved the English lesson, for the rest of the week I would stare out of the window and think about the universe.
What's the story behind your latest book?
I was plagued by out of body incidents for as long as I can remember. They were the bain of my younger days, but looking back on it now I suppose people would say I was lucky to be so blessed. I always knew I would have to write a book on the subject one day, if only to unburden myself of it all.
What motivated you to become an indie author?
You can only suffer so many knockbacks from agents and publishers. Some agents are their own worst enemies, they want it all laid out on a plate for them. They want to open that three chapter submission and find the next Harry Potter without any effort or re editing or hassle. No wonder so many of them are going to the wall. Laziness and complacency are the kiss of death to any business. Now the indies like Amazon and Smashwords are going to nail them to the cross.
How has Smashwords contributed to your success?
Its all about opportunity. You can be the greatest singer since Stevie Wonder, but if no one ever hears you, you're going nowhere.
What is the greatest joy of writing for you?
Being heard. Back in the old days as a teenager I used to think it was about the money, but deep down I know its not. I'm a train driver and I'm happy with who I am. Chasing money is a waste of effort and so many people do it. The worst offenders are the ones who have already got plenty. No one is ever remembered for how much they had in the bank when they hit the bricks.
What do your fans mean to you?
What fans. Right now I've got about three fans and they're all relatives!
What are you working on next?
Ive got plans for a marooned on a desert island novel, but I'm still itching to do another mystical or occult non fiction effort.
Who are your favorite authors?
Martina Cole. I spent a long time in Prison in my younger days and I would love to emulate some of her tales.
What inspires you to get out of bed each day?
Duty. I put duty to my partner above almost anything. I know I've got to go out and do my bit. I never want to be at the stage where someones carrying me. I'm always thinking back to the old days when my old man walked out us and basically didn't give a shit. I'd rather die than be that disloyal.
When you're not writing, how do you spend your time?
I play computer games, love holidays when I can afford them, love animals. Not a big lover of TV anymore. I think it sucks the life out of people.
How do you discover the ebooks you read?
Its really all about browsing. I see something and if it looks good, I grab it. I'm always on the lookout for the old ones ive loved in the past though. I just bought a book I remember from my teens called your invisible power by genevieve brehend. It was great and it cost.....35p
Do you remember the first story you ever wrote?
The enchanted forest. It was read out on BBC schools radio back in 1966. No I'm not kidding.
What is your writing process?
If I dont outline I end up in the doo doo up to my neck.
How do you approach cover design?
I'm lucky in so far as I love graphic design anyway. I got a good program called adobe fireworks. Much easier to learn and infinitely cheaper than photoshop. I'll happily tinker away for an entire day on a cover and I'm never satisfied.
What is your e-reading device of choice?
Kindle. Amazon are going to rule the world and we might as well accept the fact. I knew it in 2000 and I'm even more sure now. The business model is unbeatable.
What book marketing techniques have been most effective for you?
I did try the whole wordpress facebook thing but God its tedious. Now I dont bother. If people like my stuff they will buy it.
Describe your desk
Small and neat. Ive got three external hard drives on it. A revolving globe bought for me by my grandson in the pound shop, an ip camera, a lamp and a plastic dish full of multicolored paper clips.
What do you read for pleasure?
Anything that takes my fancy. Prefer non fiction titles though. Something I can learn from.
Do you remember the first story you ever read, and the impact it had on you?
Funnily enough.....no.
So you are going straight now?
Oh yes. Besides I'm too old and I'm more afraid of what the wife might do to me than the police.
Smashwords Interviews are created by the profiled author or publisher. 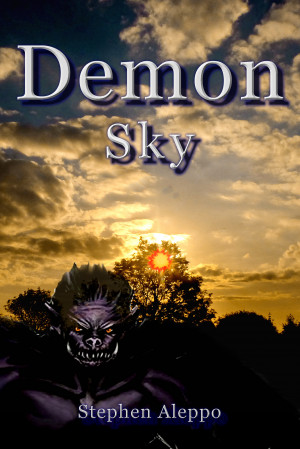 Demon Sky by Stephen Aleppo
Price: $2.49 USD. Words: 90,700. Language: British English. Published: December 27, 2018. Categories: Fiction » Young adult or teen » Horror
After spending six weeks in the hospital recovering from a car accident Charlotte Pearce is surprised when an Aunt she barely knows arrives to collect her. Her Father's been taken ill in France and her Mother has flown out to stay with him until he’s fit enough to return home. Meanwhile, Charlotte must go stay with her Aunt in her crumbling ruin of a house deep in the countryside. 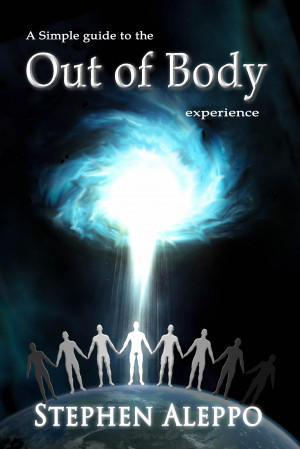 A Simple Guide to the Out of Body Experience by Stephen Aleppo
Price: $2.49 USD. Words: 54,690. Language: British English. Published: January 11, 2014. Categories: Nonfiction » Religion & Spirituality » Spiritual awakening, Nonfiction » New Age » Mysticism
Learning the technique necessary to induce an Out of Body Experience or OOBE is not difficult. The phenomenon is as natural as singing and dancing and is nothing more than a mental Knack that can be learnt by just about anyone willing to spend a few weeks manoeuvring themselves into the kind of mental state required to make it happen. 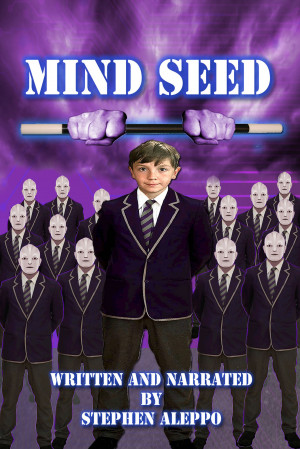 Mind Seed by Stephen Aleppo
Price: $2.49 USD. Words: 109,670. Language: English. Published: November 12, 2012. Categories: Fiction » Young adult or teen » Adventure, Fiction » Young adult or teen » Thriller & Suspense
Ben Hardacre is sixteen and enjoys a privileged existence until his family are forced to relocate to a poor part of the country after his Father becomes obsessed with developing a radical stealth sub boat he hopes to sell to the Navy. 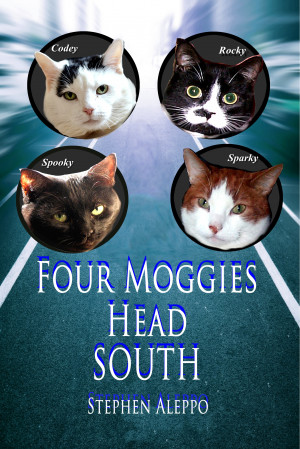 Four Moggies Head South by Stephen Aleppo
Price: $0.99 USD. Words: 28,180. Language: English. Published: November 9, 2012. Categories: Fiction » Children’s books » Animals, Fiction » Children’s books » Action & Adventure / Survival Stories
Four cats are locked and abandoned in a small London apartment, left to die by their uncaring owners. Without food and water, things look bleak until one of them remembers a kind old lady she lived with as a kitten many years earlier. Assuming she's still alive, the ageing felines face a fifty mile journey to salvation and what they all realise is their last hope. 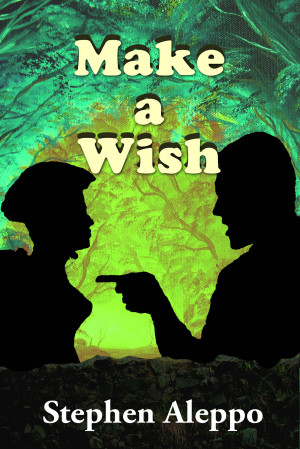 Make a Wish by Stephen Aleppo
Price: $0.99 USD. Words: 61,000. Language: English. Published: August 25, 2012. Categories: Fiction » Romance » Contemporary, Fiction » Romance » New adult
An appalling run of bad luck culminates in Cathy Matthews being knocked off her bike by a hit and run driver. Tracking down the culprit is surprisingly easy, but preventing herself falling in love with him when she does, proves a lot tougher.