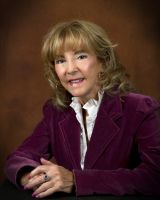 Published 2013-09-13.
Where did you grow up, and how did this influence your writing?
Born and raised in Chicago in the early forties where girls were meant to be the good daughters, wives, mothers and all I wanted to do was dance, sing and act. Biding my time-a long time-I didn’t spread my wings until as an Air Force wife, I wrote sketches and shows to entertain at the Officer’s Club. Years later after my youngest was sixteen, I had the courage to go to NYC, take classes at night to learn the craft of professional acting. Years of daytime drama, movies, plays off Broadway, and commercials prepared me for a new career. Almost four years ago, I signed with Vanilla Heart Publishing, a great home for my books and me.
What's the story behind your latest book?
I’m a senior, when did that happen? And decided there are a gazillion stories about slim women and hunks in love but none about Mature Romance. So I wrote one, had a ball while doing it and instead of writing the End, I wrote The Beginning. . .Not The End. A series was born. Instant Grandpa is the first followed by Young at Heart and now Before the Final Curtain.
If you were to write a series of novels, what would it be about?
Survive and Thrive is one of my running themes. I do have a 3 book series Reconstructing Charlie, Sin of Omission and The Catch using the same characters. What a thrill to write each stand- alone book yet for them to be connected.
Smashwords Interviews are created by the profiled author or publisher. 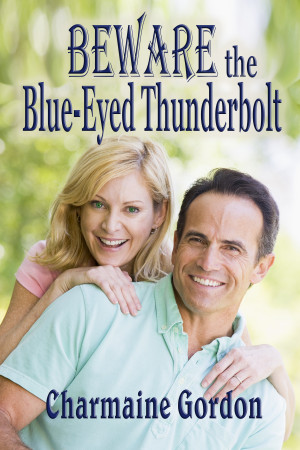 Beware the Blue-Eyed Thunderbolt by Charmaine Gordon
Price: $2.99 USD. Words: 28,540. Language: English. Published: November 17, 2017 by VanillaHeart. Categories: Fiction » Romance » Contemporary, Fiction » Romance » General
It can happen, you know. A chance meeting at the Vet’s office; blue eyes look into blue eyes and something clicks. A man and woman’s lives mesh; romance begins - and then what? She needs time; he needs her now. She has four cats and a business; he is a doctor about to adopt two daughters because his sister passed on. Will this couple survive their differences and bring harmony to the children? 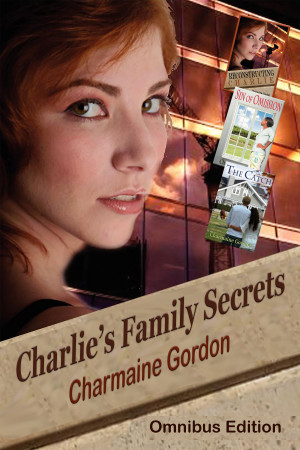 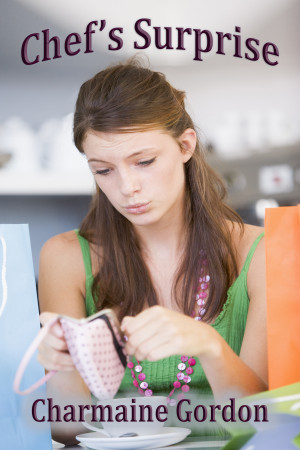 Chef's Surprise by Charmaine Gordon
Series: Women Who Survive and Thrive by Charmaine Gordon. Price: $2.99 USD. Words: 25,160. Language: English. Published: January 24, 2017 by VanillaHeart. Categories: Fiction » Romance » Contemporary
One night, she ran. For the bus to freedom and a new life. She had a plan, and a small box of cash. With grit and determination, the young girl learned more than lessons at nursing college, the first part of her plan. Someday, she would become a top chef, but for now, she’d claw her way up the ladder. There is payback for every crime, and sometimes the payback is more than satisfactory. 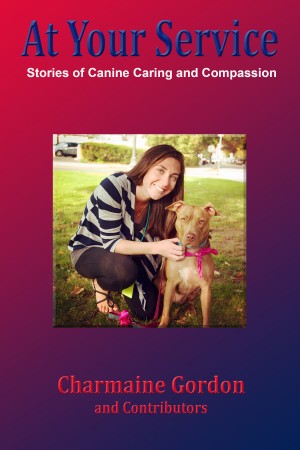 At Your Service: Stories of Canine Caring and Compassion by Charmaine Gordon
Price: $2.99 USD. Words: 24,540. Language: English. Published: November 4, 2016 by VanillaHeart. Categories: Fiction » Educational, Fiction » Inspirational
Therapy dogs, comfort dogs, rescue dogs, companions, search and rescue, and trained canines never forget their mission to help those in need of emotional support. They (and their humans) are there to share a story, a smile, help a struggling child read or interact socially, brighten the day for someone in physical rehabilitation, or cuddle patiently with someone who has endured trauma. 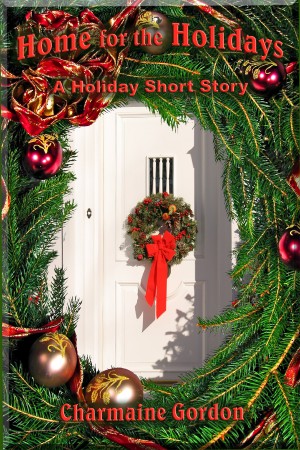 Home for the Holidays: A Holiday Short Story by Charmaine Gordon
Price: $0.99 USD. Words: 8,720. Language: English. Published: October 29, 2016 by VanillaHeart. Categories: Fiction » Holiday » Family
Eight year old twin sisters were placed in a private religious school in Utah years ago. Ten years later, they reach out to the kind aunt and uncle who raised their older sister and brother. An escape plan is made and their truly wicked mother is forced to face what she did by throwing away her children in exchange for her own freedom. 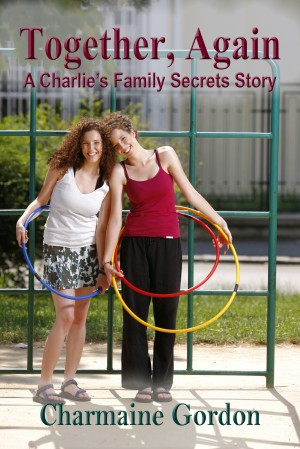 Together, Again by Charmaine Gordon
Series: Charlie's Family Secrets. Price: $2.99 USD. Words: 31,810. Language: English. Published: February 24, 2016 by VanillaHeart. Categories: Fiction » Women's fiction » General, Fiction » Romance » Contemporary
A wealthy couple, no children in sight, answer the door one day to find a replica of the woman living there, titian hair and all. Charlie is her name and so begins the story. Years later Charlie's young twin sisters , now seventeen, are rescued by the same couple with a big heart. It's a tale of love and hearts that keep on giving. 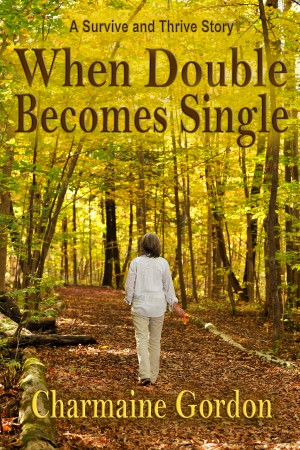 When Double Becomes Single by Charmaine Gordon
Series: Women Who Survive and Thrive by Charmaine Gordon. Price: $2.99 USD. Words: 27,260. Language: English. Published: August 7, 2015 by VanillaHeart. Categories: Fiction » Romance » Contemporary
Before that awful night, Sharon Michaels had never even driven herself at night... eaten at a table for one... or made plans on her own. Alone after losing her husband – her rock– she’s left with a business to run, a great son and his wonderful wife and children – far away in Denmark, a bad son and his nasty wife, and two teenage grandchildren she barely knows. 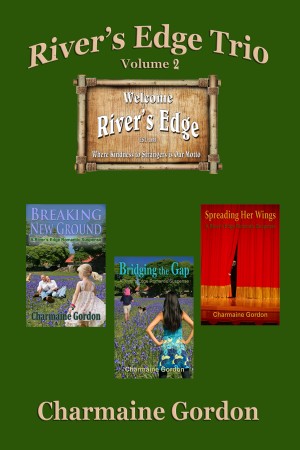 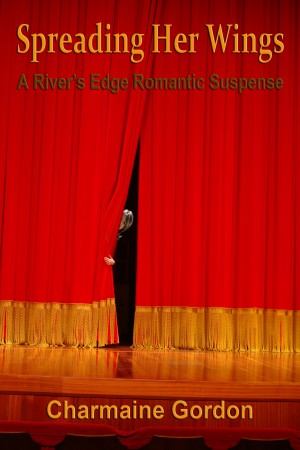 Spreading Her Wings by Charmaine Gordon
Series: River's Edge. Price: $1.99 USD. Words: 15,590. Language: English. Published: May 1, 2015 by VanillaHeart. Categories: Fiction » Romance » Short stories, Fiction » Romance » Contemporary
Kindness to Strangers in River’s Edge rubs off on all who live there. Sally Kirkwood responds to an emergency call from a friend one early morning. A daughter is missing and with Sally’s skill as a reporter, she finds her at an audition in NYC. Thus begins an adventure of show business, unfaithfulness, forgiveness and success. 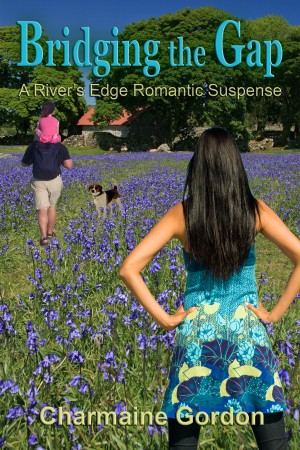 Bridging the Gap by Charmaine Gordon
Series: River's Edge. Price: $2.99 USD. Words: 15,650. Language: English. Published: April 8, 2015 by VanillaHeart. Categories: Fiction » Romance » Short stories
Anna Youngblood and James Chandler have problems. His little daughter overheard his ex say she never wanted kids; Anna must make amends for breaking rules of her tribe; he has a serious concussion... and she’s pregnant. Can this couple find happiness in River’s Edge?
View their profile to see all of their books