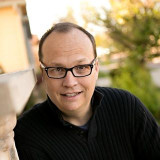 Published 2018-05-25.
What motivated you to become an indie author?
I have been an active reader since I was a small child, and a semi-active writer since I was a teen. Writing has always been a passion. Choosing independent publishing, rather than traditional, was a choice I made very early on in my decision to write novels. I publish this way to get content to my readers faster, and to allow me more control in interacting with readers. I found traditional publishers to be more about sales, and I wanted to connect with readers.
What do your fans mean to you?
Everything. That is not overstated. When I interact with a fan of the work, and they have theories, or ideas, or tell me what it meant to them, I am overwhelmed. It is the main reason I write, to connect with others. I love my fans.
How do you discover the ebooks you read?
Referrals and reviews. If you like something, be a fan. Tell everyone about it. There is so much content out there and I can't read it all, so I count on friends and acquaintances to tell me how good the last thing they read was.
What is your writing process?
Day one, I write frantically, usually 2500-5000 words. Day two, I revel in my work from yesterday and say I don't need to write today. Day three I loathe my lack of productivity and feel bad about myself. From that point on, I just repeat days 1-3 ad nauseum until the project is done.
That being said, all of my books start with some random conversation in my head. I see the characters, I hear the conversation, then I decide the name of the book. Once I finish the project, the name never sticks, but it helps me during the process.
What's the story behind your latest book?
"3 Moons and a Stranger" is the first attempt I have made at world-building. I mostly write contemporary or urban fantasy. It is the story of a young man who finds himself transported to another world, one of magic and mystery. Nick Tolliver must discover who he really is in order to survive.
Do you remember the first story you ever wrote?
I remember an early story, my first attempt at a novel. I was 15, and I wrote a novella called, 'Bud and Buffy, the magic caterpillars' which was about an abusive, alcoholic caterpillar. I thought it was funny and I wrote it long hand on yellow legal pads. After 50 pages, I gave up. Shortly thereafter, I switched to writing plays and poems and didn't return to novel writing for more than 30 years.
What are you working on next?
I am writing multiple projects right now. I am working on a pilot script for the TV version of Mystics, I am writing the second book in the Kelvin the Elven series, and I am writing a new series called Arcana about a young woman who discovers that this world is not as she thought.
What is the greatest joy of writing for you?
I love when the characters reveal something to me that I didn't know. It happens far more often than one would think. A character will say something as I type, and I will blurt out, "no freaking way!" I then usually chase down a family member and tell them what I learned. It is one of the most surprising and fulfilling parts of my daily writing.
Who are your favorite authors?
I have so many! I am a huge fan of JK Rowling, of course. But, my youth was spent initially with CS Lewis and JRR Tolkien, which gave way to Katherine Kurts, Stephen R Donaldson, and Piers Anthony. I have recently enjoyed the work of some indie authors: David Gilchrist, Grant Leishman, Nyasia Maire, Caitlin Lynagh, and many, many others.
What inspires you to get out of bed each day?
I would love to give a writing answer to this, but the truth is that I have a great life. I live near the shore, I get to write for a living, and I have a great family. Life inspires me.
When you're not writing, how do you spend your time?
I enjoy video games a bit more than I should. It hampers my writing at times. I also love Martial Arts, films, documentaries about murder or outsiders, and walking on the beach with my lovely wife of more than a quarter century.
Smashwords Interviews are created by the profiled author or publisher. 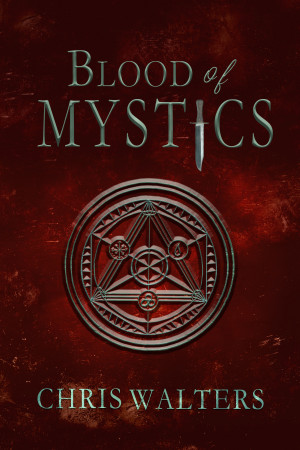 Blood of Mystics by Chris Walters
Series: Saga of Mystics. Price: Free! Words: 69,160. Language: English. Published: July 14, 2018. Categories: Fiction » Fantasy » Contemporary
Blood of Mystics is the third and final installment of the Saga of Mystics, a ground-breaking and unique vision of a world without technology, where people are forced to rely on mystical powers for their very survival. 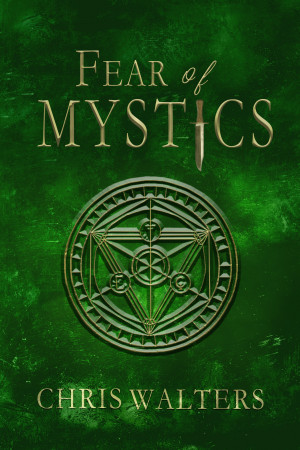 Fear of Mystics by Chris Walters
Series: Saga of Mystics. Price: Free! Words: 58,200. Language: English. Published: June 8, 2018. Categories: Fiction » Fantasy » Contemporary
Life in the Apocalypse is never easy! As rumors build of a new power in the east, with the ability to take away the powers of others, the Council must ally themselves with old foes to defeat a growing menace. But will their efforts be futile? Fear of Mystics continues the saga begun in the bestseller Age of Mystics. Follow the heroes, heroines, and old adversaries, as they learn to adapt. 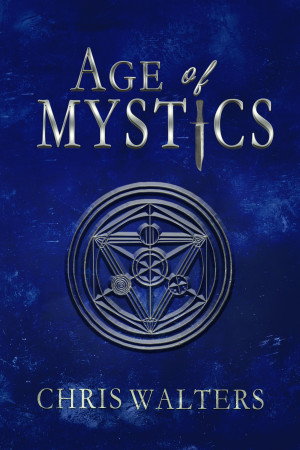 Without the basic technology that they have relied on, people search for answers and safety. Here a new power paradigm is realized. Amid tragedy and betrayal, victory and terror, allies and enemies, people begin to recognize mystical abilities are within their grasp. Such is the end of the Age of Technology, and the beginning of the Age of Mystics.