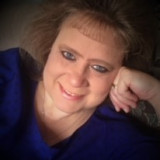 This interview has been viewed 251 times.

Published 2018-05-22.
Do you remember the first story you ever wrote?
Do I ever! I was 9 years old and an avid reader. I'd just finished a book that I enjoyed so much, I couldn't let it go. It was constantly on my mind and I wanted to stay in the fiction. I thought, what if I re-wrote it my own way? I sat down at the electronic typewriter (I'm really dating myself here...) in my dad's home office and pounded out an eight page "book." I remember making a cover out of red construction paper and securing the pages with pink yarn tied into bows. After it was finished, I was so proud of it and gave it to my dad to read. He was forever writing poetry, so he seemed the logical choice. He praised my work, telling me that we should submit it to a magazine. As I wrote, I learned that I loved to write, but in that moment when my dad's eyes lit up and he seemed as proud of my story as I was, I thought just maybe this was something I could do.
What is your writing process?
My process varies greatly from project to project. Sometimes, I will outline in full detail, put pictures together so I have visuals, title the book, and think through every aspect possible before I type the first word of the manuscript. Other times, I have a solid idea of what I want to write about and I just start writing. There have also been times when I had a single idea for the opening, wrote it, and then backtracked to outline the rest of the story.

I've tried to set a standard process for myself because it feels more organized and I'm obsessive like that, but I've found that overthinking the process takes away from the actual story. I've learned to just go with whatever strikes me as the best way to approach each individual project.
What do you read for pleasure?
I read what I write! I love books that move at breakneck speed and the greater the stakes, the better. I typically seek out psychological suspense, but have also enjoyed many mysteries, domestic suspense novels, and other thrillers.
What is your e-reading device of choice?
I read from a Kindle. I admit that I love physical books - the crisp pages, the way they crack when opened for the first time, shiny covers, and that paper smell - but the convenience of the e-reader is unbeatable. Not only can I get anything I want in a matter of seconds, but I don't have to worry about storage for all those books that I just can't part with. Yes, I get attached to my books and not just those that I write!
Where did you grow up, and how did this influence your writing?
My family moved quite a bit for my dad's work when I was a child. I went to preschool in northern Wisconsin and just before kindergarten, we moved to Delaware. I remember only snippets of that time in my life, but I clearly recall making friends and having to move just a year later. We returned to a different town in northern Wisconsin and stayed there for three years. I once again made friends and then had to leave. The cycle repeated a few times after that, and I think that I was drawn to writing and books in general because the characters and stories occurred internally, if that makes sense. I could never be moved away from those I grew to care about or from settings in which I grew comfortable.

More specifically speaking, some of the places I lived grew so close to my heart that they made their way into my novels. Though it's been fictionalized entirely, I lived in the town where APPLE OF MY EYE takes place and something about the festival has always stayed with me. A small, cozy town from my past made it's way into an upcoming novel. In THROW THE KEY, the plane crash occurs in the exact location that it did in real life.
What's the story behind your latest book?
THROW THE KEY (coming October 2018) is very personal. Though it's ultimately a small part of the plot, the idea of the book developed from Eric's plane crash. The conversation my character has with the airport as his plane glides toward the waters of Lake Michigan has been altered for fiction, but much of the verbiage was taken from the transcript of an actual crash. I won't spoil my character's fate, but in real life, the pilot didn't survive. That pilot was my dad. I didn't begin to pen the story until nearly 20 years after his accident, thinking it would be emotionally safe to tackle, but it still tore my heart out to write it. In the end, I do believe it's worth every tear I shed.
What motivated you to become an indie author?
The short answer is success. When I started writing seriously (nearly 15 years ago, now) I told myself that I would not quit until I achieved a long held dream of seeing a printed book with my name on it. I took classes, worked with other writers, and perfected my craft. When I finally felt ready, I began the long process of seeking representation by an agent. It was definitely long and grueling, but it finally happened for me. All the work and pain of rejection suddenly faded into the background. I had an agent. I was on my way to the dream!

Major publishing houses requested my manuscripts and I received much praise. I made it so close to securing a publisher, but in the end every opportunity fell through. I was crushed. Absolutely, positively, beaten to a pulp. It took nearly a year to get back on my feet, but I am no quitter. The dream didn't have to die. If my books weren't good enough to entertain readers, they never would have landed me an agent or made it as far as they did in the publishing world. There was no reason to give up. I had options and plenty of them. I was going to be an indie author!
Smashwords Interviews are created by the profiled author or publisher. 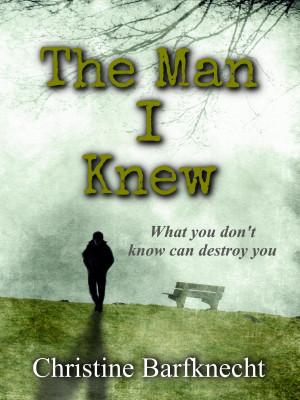 The Man I Knew by Christine Barfknecht
Price: $4.99 USD. Words: 106,780. Language: English. Published: August 3, 2019. Categories: Fiction » Thriller & suspense » Psychological thriller
Gunfire explodes through the mall, leaving Lia Drake a widow. When police suggest that her husband, John, had been their target, details emerge, putting Lia in danger and forcing her to question if she really knew John at all. 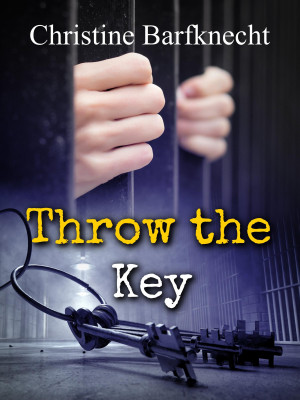 Throw the Key by Christine Barfknecht
Price: $4.99 USD. Words: 90,420. Language: English. Published: October 6, 2018. Categories: Fiction » Thriller & suspense » Psychological thriller
An evening phone call from Jenna Bradley's husband, Eric, rattles her to the core. "I'm coming to get you and the kids. We have to go away for a while." He offers no explanation, just a few panic-laced orders. "Lock the doors and windows. Don't talk to anyone. Keep the kids with you." Her fears are quickly validated when gunmen storm into her home, taking Jenna and her children hostage. 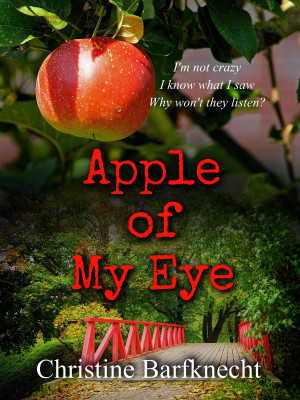