Published 2014-09-26.
Where did you grow up, and how did this influence your writing?
I grew up in a semi-rural suburb of Bremen in North West Germany. However, I had a Dad whose job required a lot of travel, so I spent a year in Biloxi, Mississippi, and a couple of months in Singapore as a child. As a teenager, I also spent a lot of time in Rotterdam in the Netherlands.
How did this influence me? On the one hand, I grew up in a very traditional and conservative area, which was also rather isolated. The last bus from the city went at 8 PM and you couldn't get anywhere without a car. On the other hand, by the time I turned ten, I'd also seen a lot more of the world than most people in my semi-rural neighbourhood and lived in countries that were very different from each other and from my home. As a result, I never really fit in, which is probably a part of the reason why I started writing.
Do you remember the first story you ever read, and the impact it had on you?
My Mom read bedtime stories to me and told me fairy tales long before I could read. Did they have an impact on me? Well, the fairy tales my Mom read to me and sometimes told me were Grimm's fairy tales in their original bloody versions as well as Hans Christian Andersen's fairy tales, which aren't exactly happy stories either. So I was exposed to some harsh stories at an early age. Maybe that's why I occasionally write bloody and violent tales.
One childhood favourite I remember is a German picture book called "Mecki on the Moon" which chronicled the beautifully illustrated adventures of a hedgehog and his cat friend on the moon. I loved this book to bits and even had a plush toy of Mecki, the heroic hedgehog. I guess it contributed to the fact that I grew up to write science fiction.
When did you first start writing?
I've been making up stories for as long as I can remember. I first started writing them down in elementary school and scribbled blatant Enid Blyton pastiches. In my teens, I wrote an opera libretto (yes, I know I was weird) as well as a mercifully unfinished science fiction novel and some short stories. However, I didn't start writing in earnest until my second semester at university.
Do you remember the first story you ever wrote?
The very first I think was a Enid Blyton pastiche I wrote at the age of nine or ten. The first I remember in detail was an unfinished science fiction novel I wrote at the age of approx. fifteen. It started with two teenage girls getting kidnapped by a flying car piloted by humanoid aliens and then taken out to the alien mothership which was hiding out above San Francisco Bay. Not that I'd ever actually been to San Francisco at the time, I merely thought it sounded cool.
What do you read for pleasure?
I'm a multi genre reader and will read pretty much anything. My first love will always be science fiction, but I also love fantasy (both urban and epic), romance, crime fiction, historical fiction and even the occasional work of literary fiction.
Who are your favorite authors?
Jane Austen, Isaac Asimov, Lois McMaster Bujold, Thomas Pynchon, Simon R. Green, Magda Trott, Ilona Andrews, Patricia Briggs, Rob Thurman, really too many to mention.
What are your five favorite books, and why?
I get just five? Oh, that's going to be difficult. 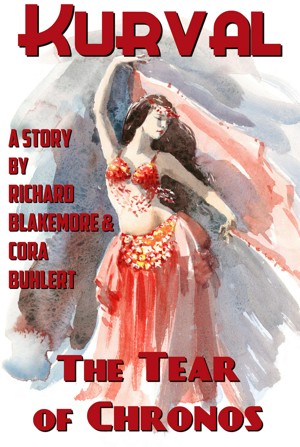 The Tear of Chronos by Cora Buhlert
Series: Kurval, Book 4. Price: $0.99 USD. Words: 16,310. Language: English. Published: February 25, 2022. Categories: Fiction » Fantasy » Epic, Fiction » Fantasy » Dark
On his coronation day, King Kurval of Azakoria he consults the oracle of Ashvarya to gaze into a magical jewel called the Tear of Chronos. Before Kurval can receive a vision of the future, a woman named Stella appears. Stella is a deadringer for the goddess and wears the Tear of Chronos around her neck. Can Stella help Kurval retain the throne? And is she a goddess or just an imposter? 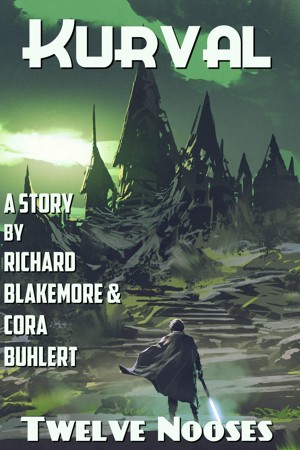 Twelve Nooses by Cora Buhlert
Series: Kurval, Book 5. Price: $0.99 USD. Words: 17,000. Language: English. Published: February 25, 2022. Categories: Fiction » Fantasy » Epic, Fiction » Fantasy » Dark
Before Kurval became King of Azakoria, he was commander of a mercenary company in service to his predecessor King Orkol. While helping to suppress a rebellion in the northern provinces, Kurval is ordered to hang twelve innocent young women as an example to the rebels. Kurval is disgusted by this cruelty. Can he find a way to save the twelve young women from the gallows? And dare he defy King Orkol 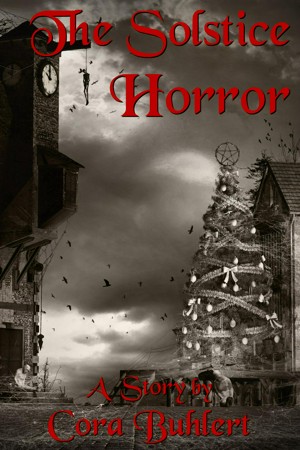 The Solstice Horror by Cora Buhlert
Series: Witchfinders. Price: $0.99 USD. Words: 13,180. Language: English. Published: December 21, 2021. Categories: Fiction » Fantasy » Historical, Fiction » Holiday » Christmas
Massachusetts 1695: Former witchfinder Matthew Goodson and condemned witch Grace Pankhurst are on the run. Shortly before Christmas, they find shelter in the town of Cold Hollow. But the witchfinders are on their trail, so Matthew and Grace have to flee again. Many dangers lurk in the woods. But which is the greater threat, the witchfinders or the thing from beyond that hunts in the woods? 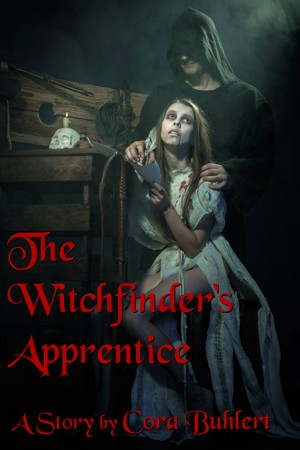 The Witchfinder's Apprentice by Cora Buhlert
Series: Witchfinders. Price: $0.99 USD. Words: 7,350. Language: English. Published: October 19, 2021. Categories: Fiction » Horror » Crime, Fiction » Mystery & detective » Historical
Massachusetts 1695: Matthew Goodson is apprenticed to a team of witchfinders. When a wave of mysterious deaths hits Redemption, the witchfinders are called in and arrest a suspect, Grace Pankhurst. Matthew has been having doubts about the witchfinders’ mission. The interrogation of Grace brings those doubts to a flashpoint. But is Grace truly innocent or has Matthew fallen under her spell? 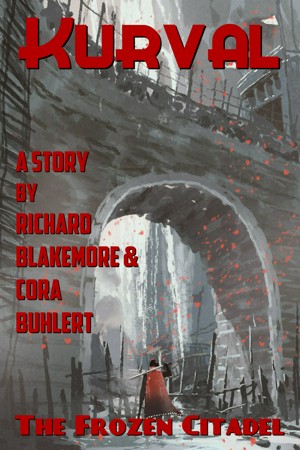 The Frozen Citadel by Cora Buhlert
Series: Kurval, Book 3. Price: $0.99 USD. Words: 8,720. Language: English. Published: August 30, 2021. Categories: Fiction » Fantasy » Dark, Fiction » Fantasy » Epic
Before Kurval became King of Azakoria, he plied his trade as a wandering mercenary and sword for hire. Kurval and his friend and fellow mercenary Tsabo are planning to take up service at the citadel of Harjula in the frozen north of the kingdom of Simola. But when they finally reach the citadel, they find it deserted, its inhabitants in the thrall of dark magic…This is a short story of 5900 words 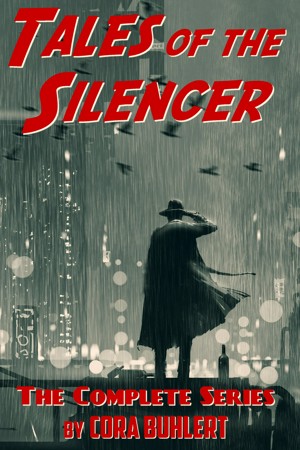 Tales of the Silencer: The Complete Series by Cora Buhlert
Price: $4.99 USD. Words: 112,140. Language: English. Published: May 24, 2021. Categories: Fiction » Adventure » Men’s adventure, Fiction » Thriller & suspense » Action & suspense
Hardworking pulp writer by day and steel-masked crimefighter by night, the Silencer fights criminal low-lives and larger-than-life villains in the streets of Depression era New York City. This series by two-time Hugo finalist Cora Buhlert is an homage to the heroic pulp crimefighters of the 1930s and the writers who brought them to life. Complete omnibus edition, collects the entire series. 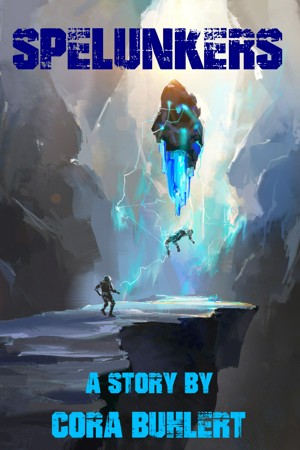 Spelunkers by Cora Buhlert
Price: $0.99 USD. Words: 5,110. Language: English. Published: March 21, 2021. Categories: Fiction » Science fiction » Adventure, Fiction » Horror » Weird fiction
During a holiday in Belgium, college students Evan and Matt decide to explore an uncharted cave in the Ardennes. Also along for the ride is Evan’s sister Kate, who has been tasked with looking out for her brother since childhood. Inside the cave, Kate, Evan and Matt stumble upon a portal to another world. But does this portal represent the greatest adventure of their lives or a terrible danger? 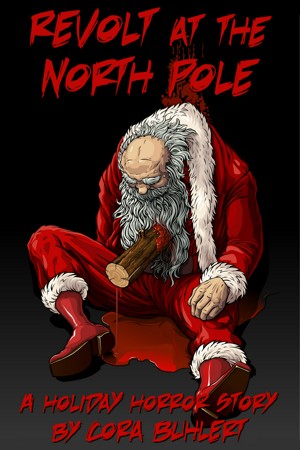 Revolt at the North Pole by Cora Buhlert
Price: $0.99 USD. Words: 5,850. Language: English. Published: December 21, 2020. Categories: Fiction » Holiday » Christmas, Fiction » Fantasy » Dark
Rebellion is brewing at Santa's compound at the North Pole. The elves and the reindeer both are overworked, underpaid and angry, so they unite to take down Santa. However, there's still Santa's most fearsome enforcer, the horned, clawed and fanged holiday monster known only as Krampus…This is a short holiday horror story of 3900 words by Hugo finalist Cora Buhlert. 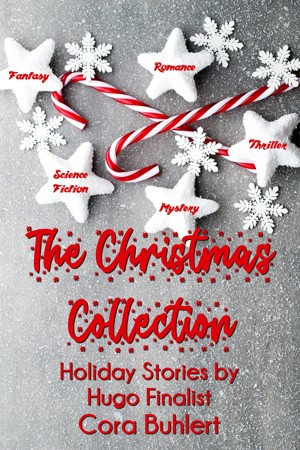 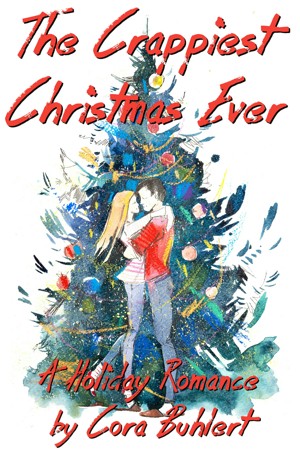 Two days before Christmas, Jessica’s parents announce that they are getting a divorce. Stuck on her own, Jessica sets out to buy a Christmas tree for herself and meets Matt, who’s having an awful Christmas himself. Matt and Jessica bond over their problems. So maybe, this won't be the worst Christmas ever after all...
View their profile to see all of their books