Published 2014-04-21.
How do you approach cover design?
Usually with too much bravado. I simply mean way over the top with the idea of telling the entire story so there's little left for the readers' imagination. If you study the cover design of the big publishers, they're relatively sparse of graphic design. It's all about the brand, which is the name of the author. For those starting out or independent authors, we need to make a bit more of a splash to attract a potential reader and it starts with the cover design and the accompanying flap copy for hardcovers and cover copy for paperbacks. I'd prefer more symbolic or emblematic items on a cover to convey more mystery to the story. If that's not possible, then actors/actresses in combination with other symbols or inanimate objects that best convey what I want to tease readers with will do the job and I hope readers will be piqued and like the design and copy for Kremlin Tide enough to purchase it.
What do you read for pleasure?
I tend to read what I write which are mysteries, suspense, thrillers and certain non-fiction how-to books to improve my writing abilities. For my other interests, the Bible for daily living is crucial. Books on finance, business, publishing which I find not only in non-fiction tomes but also informative internet sites have proven valuable as well. It's a mixture of pleasure and concerted efforts to glean some career changing advice or life altering steps in the midst of just enjoying the flow of words from the various authors.
What book marketing techniques have been most effective for you?
My website @ www.cortezlaw.net is a first for me. In times past for other works, I relied on posters, TV/radio interviews and best of all, word of mouth to announce my offerings. I discovered that with my last release, The Serialist, a pre-publication offer wrapped in a one-page sales flyer that reduced the retail price of the book by over 50% worked very well. But in the end, that word of mouth is the key. All else, whatever the publicity or promotion used, in conjunction with that grapevine buzz, I think will win the day with increased sales, web traffic, reviews, speaking engagements and the like for not just authors but any type of business endeavors.
Describe your desk
Describe my desk...hmm. I'd say it's the centerpiece of the room. Dark wood, several compartments for personal touches, drawers, dozens of books at my fingertips on either side of my work spaces. Functional enough to include everything that I need. Orderly. That is until I get to work. Yikes! No, it's not that bad really.
Where did you grow up, and how did this influence your writing?
Between Washington, D.C. and Ravenna, OH I'm not sure either locale really influenced by writing at all. I had an active imagination as a kid playing 'football games' with little plastic cowboys, Indians, the army and cavalry men and animals of different colors representing different NFL teams. I recall my brother and I both doing that and drawing NFL football teams in action, pages and pages, put together like some scrapbook with wild scores written at the top like Washington 55 Dallas 33 (No sympathy for you Cowboy lovers out there. I was born in the nation's capital!)

In junior high I was one of the, and my classmates will remember these, sports writers on the 'Falcon Flash' school newspaper that covered all the school's sports. That might have been the first writing seed planted. Later in college, I took as part of my telecommunications degree, a copywriting course and later a scriptwriting course. So I'd say those undergraduate classes are what steered me toward my passion to pen words.
What's the story behind your latest book?
I talk a bit about the genesis of Kremlin Tide on my website, but it all stems from some potentially dangerous loopholes ripe for exploitation by some unsavory but perceptive enemies of the state. The old saying about it's 'the small foxes that spoil the vine' is true. We can focus so much on those big areas related to national security to protect, but we need to be careful not to neglect the micro for the macro. When asked about the best marketing strategies for book publishing in another question, I said despite all the publicity and promotional tactics you can employ don’t ignore simple word of mouth. I won't say the U.S. government is ignoring the issue, but with the myriad of challenges the White House and Congress have to face, it might and maybe already has, slipped through the cracks of our defenses. It only takes one carefully, calculated plan in conjunction with chance no matter how small that window...

The second thread to Kremlin Tide was the theme of a fresh start. Several of the characters see America as the bastion of hope most of our ancestors saw when they arrived on these shores. Poor and with next to nothing but clothes on their backs or in old sacks and bags, they made something of the opportunity and subsequently, their families blossomed and established roots in America. HOWEVER, what do you do if those unsavory but perceptive elements threaten that fresh start? Is it possible to begin again? What steps can you take to ensure that what was stays where it was and it doesn't rear that ugly head in the here and now?
What motivated you to become an indie author?
Another good question and one I also address on my website so I won't overindulge here. Well maybe a little. I want to write crime stories. I don't see them on bookshelves from an African-American POV. I see a litany of demographically categorized crime authors at work today, but aside of Walter Mosley...not much. I want to bring the added perspective of what it is to live a Christian life and juxtapose that life of light against the darkness of the human heart. Like Denzel Washington's character, Alonzo Harris, said in the film, Training Day, "It's ugly, but it's necessary". The reference to the 'so-called' clean up jobs of the streets he and his crooked crew embarked upon and pronounced it 'police work'. We can choose as free moral agents to stick our heads in the sand and ignore life's ugly moments or we can confront them and grow stronger and more mature better equipped to deal with what life will certainly cast our way. I want to do that and I want with readers to read how these men and women of God handle themselves amidst such horror. I believe there exists a market for these types of offerings and look forward to serving it.
How has Smashwords contributed to your success?
I'm grateful mostly at this point for two things: One, the Style Guide. I wasn't sure I would even attempt to do that myself. I had some handicaps as I found out in terms of software that hindered the process for a minute. So, I had to jump back and forth adding this, deleting that, this works and that doesn't just to get to the end. But when I did, oh happy day! And two, that there is a company that provides an avenue for independent authors to find their market/readers/niche and if even in a small way, I can craft work that enthralls, exhilarates and exalts people in some way during some part of their day if only for a shortened period of time I'm satisfied. Though just starting out with Smashwords, those two entities and the advice and guidance have already proven themselves invaluable. Thank you, Smashwords.
What is the greatest joy of writing for you?
I don't know that I can list just one, but assuredly, the satisfaction of starting with nothing, then a germ of an idea spawns, then the people announced themselves, sometimes with prodding now. Soon you work the structure of the plotline, the subplots, the dialogue, the scenes, the theme, etc. After much effort, it all comes together in a brutally ugly first draft. But that joy is complete when I take that lumpy first draft clay and hone it for days, weeks, months or even years and it finally resembles what you only glimpsed at the beginning: Your baby, the finished product is born and ready to meet the world.

The other joy is the response from readers. To know you created something that compelled them to turn those pages, to take away a new perspective or to implement a new strategy whether fiction or non-fiction or memoir. To know you did that when you started with nothing but an idea. That's amazing and that's worth facing the sometimes formidable blank page or computer screen for another day.
What are you working on next?
I have several stories at once in various stages of development. I'm several drafts down the road in the next Atlanta X-Men Homicide Unit Case File, which would be number three. I'm germinating ideas on a series of short stories to publish plus a fourth X-Men adventure that if I can nail down, and I will, that little, oomph, in the final idea creation, I think may top the previous case files for The X-Men.
What inspires you to get out of bed each day?
That God renews His mercies every morning and this is the day that the Lord has made and I will rejoice and be glad in it. To think of the opportunities we have in this nation in particular but really, in general, all around the globe, to rise up out of that bed and know that this day, this time, this moment, we can make of it whatsoever we wish. If we have our health and strength and we didn't experience the six-foot under dirt nap overnight, that should inspire us all for that or this day, to make the most of the time we have.
Smashwords Interviews are created by the profiled author or publisher. 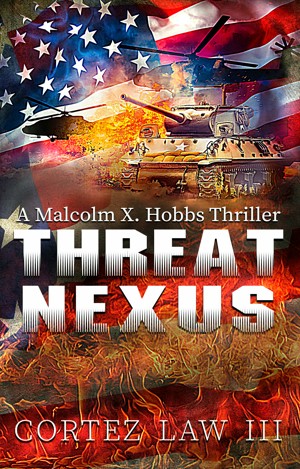 Threat Nexus by Cortez Law III
Series: X-Men Homicide Squad. Price: $2.99 USD. Words: 63,910. Language: English. Published: July 3, 2021. Categories: Fiction » Thriller & suspense » Crime thriller, Fiction » African American fiction » Christian
A suspended top cop… An invading force of evil… A mastermind’s plan of brilliance… And only a few hours before a cataclysmic event. The hero can fight, flee or live to fight another day in retreat. For Homicide Sergeant Malcolm X. Hobbs, there is no retreat. He needs to find the truth, escape attack and determine who’s allowed to live above the law. 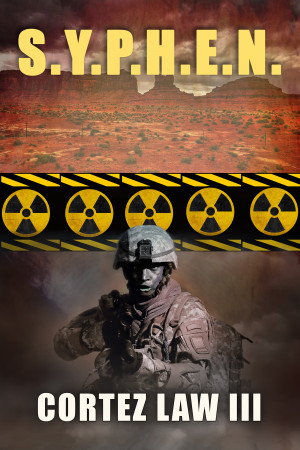 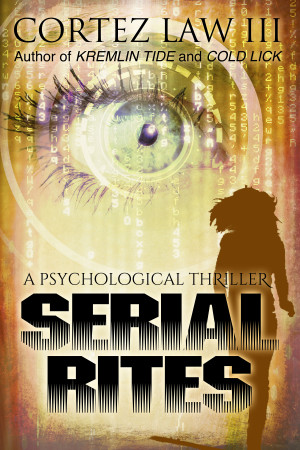 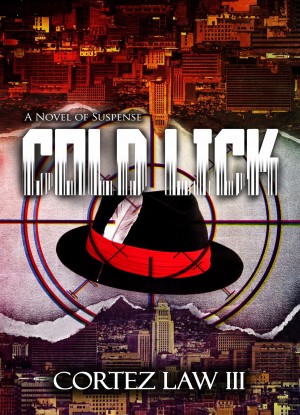 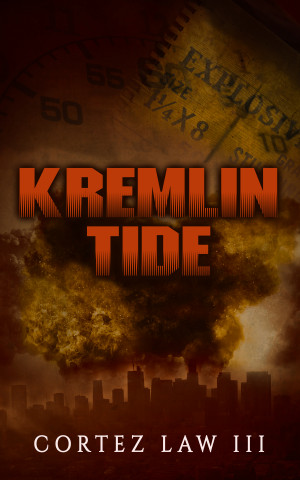