Published 2016-02-02.
What is the greatest joy of writing for you?
The greatest joy of writing to me is putting my words on paper, gluing it together into a story and share it with the rest of the world.
What are you working on next?
I’m working on a sequel: The Black Widow, which takes place in Boston on April 15, 2013. The day that shook the world due to the terrorist attack on the marathon. The book starts when the bombings took place. When I heard about it, I felt the goosebumps, and felt sad about the victims and anger towards the two terrorists.
What inspires you to get out of bed each day?
Honestly? My husband, he's the greatest inspiration in my life, and I always let him read my writings.
When you're not writing, how do you spend your time?
When I'm not writing, I like to read, go out for a walk, play on my guitar - Jimi Hendrix style - or take pictures with my camera outside.
Do you remember the first story you ever wrote?
That's a funny story, actually, because the first story, I wrote was when I was an eight-year-old. I took part in a story contest that was organized by the elementary school, and I was one of the lucky ones who won with my essay "Bruno the dog." It was a fairy tale about a dog and a duck. I won a children's book, titled 'Waarom jaguars bang zijn voor vuur (why Jaguars are afraid of fire)', that I received in the public library.
What is your writing process?
Before I start writing, I want to know everything about the topic. So I do a research before I even start writing. When I know enough about it, I start to write. Then I read it back, change it a bit if needed and go on to the next chapter. It's not like I know where I'm heading when I write. The story unfolds itself while I write. It's not a straight-forward progress.
How do you approach cover design?
I'm very creative, so I design my own covers, using 3D software and models and make a render. Then I import it into a DTP program and add the text to it. In case you're wondering what computer I use: I work with MS-Windows.
What's the story behind your latest book?
I've to admit that I admire the old TV-show, Buffy the vampire slayer, and I wondered myself: what if Buffy met someone like Jack Bauer? My book, Hotel of Death: the chosen one, is kinda like that. However, the 'vampire slayer' in my story is named Sybil. She's a 263-year-old vampire and investigates supernatural events that pose a threat to our society. She gets in touch with a secret Anti-Terrorist Unit (ATU) in Boston during her struggle to find the chosen on, in order to end an ancient curse that changed her into a vampire.
Who are your favorite authors?
Clive Barker, Stephen King, Dean Koontz and Philip K. Dick
Smashwords Interviews are created by the profiled author or publisher. 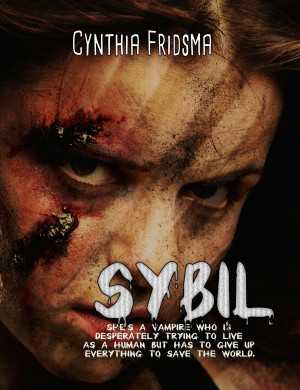 Sybil by Cynthia Fridsma
Price: $5.15 USD. Words: 176,540. Language: American English. Published: December 22, 2019. Categories: Fiction » Horror » Undead
Sybil is a vampire who is desperately trying to live as a human. She has to give up her humanity when she faces the Angel of Death and the Black Widow in this story that begins in Boston, when two bombs go off. Sybil’s friends, Jack and Catherine, find themselves at the center of the carnage. 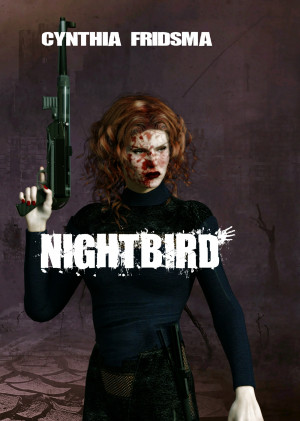 Nightbird by Cynthia Fridsma
Price: $2.99 USD. Words: 89,960. Language: English. Published: August 7, 2018. Categories: Fiction » Horror » Undead
As head of Nightbird, Sybil Crewes is working 24/7 to keep America safe from zombies, demons, and other unearthly creatures. Her ultimate goal is to end the curse that turned her into a vampire, but first she needs to destroy The Necronomicon, the infamous book of the dead. Unfortunately, Sybil's archnemesis, The Reaper, uses the book to raise an army of zombies. 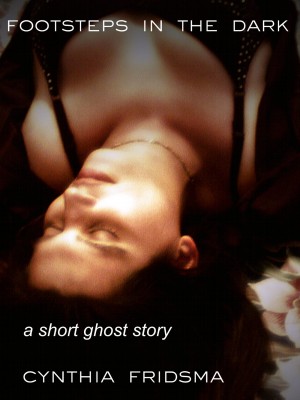 Footsteps In The Dark by Cynthia Fridsma
Price: Free! Words: 1,700. Language: American English. Published: March 7, 2015. Categories: Fiction » Horror » Ghost
What will you do if you're a girl, all alone, late at night, standing in a scary alley when you got the feeling that someone is following you. Will you hide, scream, or hide? What are your options if you hear footsteps in the dark?