Published 2014-12-18.
When did you first start writing?
I was four years old. My older brother had learned how to read and write, and I was so jealous my mother had to start teaching me on the spot. I started writing fiction pretty much right away and decided by the time I was seven that I wanted to be an author.
What do you like to write?
My author tagline is "Hearth & Homicide Fiction." My stories center around crime, mystery, and suspense, but the heart and soul is always the characters' search for home and family. This is reflective of my own experiences, as a fatherless daughter and the child of an emotionally abusive home. I draw deeply from my own experiences to bring authenticity to the stories of my characters.
Who are your favorite authors?
Frank Peretti was one of my early inspirations. I still enjoy pulling his books off the shelf! And so far, no one has managed to topple my three favorite classic authors from their pillars: Robert Louis Stevenson, Sir Arthur Conan Doyle, and Charles Dickens.

But I also really love memoirs penned by almost anybody with a good story to tell.
Do you remember the first story you ever wrote?
Yup. It was a total knock-off of the Bernstein Bears. Hey, don't judge me. I was only four!
What inspires you to get out of bed each day?
Three things: My cat walking all over me, my dog howling, and my latest work-in-progress calling.
When you're not writing, how do you spend your time?
Outdoors with my dog Molly. We're lucky to live in one of the greatest outdoor recreation areas ever: central North Dakota. Between the river bottoms of the great Missouri, the shores of Lake Sakakawea, and the rolling prairie, we have no end of trails to explore and campsites to discover. Most people are surprised by the rugged beauty of North Dakota. There's much more here than anyone knows, and we get to have it for our own back yard.

Whenever we can, Molly and I stake our tent in new surroundings, as well. We can't wait to add more pins to the map.
Do you remember a story that had a particularly big impact on you?
Oh, yes. I grew up listening to a radio drama called Adventures in Odyssey, produced by Focus on the Family. The writers were top notch--both creative and incredibly talented. Without knowing it, I was picking up a lot of their techniques and style.

The episodes were a smorgasbord. Most were simple moral virtues wrapped up in a story about kids being kids. But others cut way deep, wrestling with issues even adults struggle with. Others went clean over to heart-stopping drama, mystery, thriller, international espionage (usually prefixed by "Kids, if your parents aren't in the room with you ..."). One episode could be side-splitting hilarious. Another could bring you to tears. The next could involve car chases, exploding buildings, and biological warfare. Mostly, I remember that the characters became more than fictional characters. They were real people.

When I struggle to pigeonhole my own writing ... I realize it's pretty much the grandchild of Adventures in Odyssey. (Which, by the way, is still on the air after more than 20 years!)
What is your writing process?
I like to say I don't write novels; I ghost write memoirs for fictional clients. Almost any author will tell you that their characters become remarkably alive to them, to the point that they begin to take over the story. My characters have informed me that I'm a horrible novelist, and that I should simply let them write the stories from beginning to end. After all, they know what happened. They were there. So I take the back seat and let the characters write the whole thing. Hence "ghost writing memoirs for fictional clients."
What do you read for pleasure?
Usually memoir. I'm fascinated by true stories and the values people took away from their own experiences. I want my own fiction to feel as authentic as a memoir.

If not memoir, I'm usually buried in the classics. Again, because these authors had the market on authenticity. Nothing wrong with being imaginative (after all, we know there are no giant mushroom forests in the center of the earth), but there's something central to the human experience that the classic authors managed to capture. That's why they're still classics!
Describe your desk
Small; built of plywood covered in cheap, chipped veneer; cluttered in such a way that I know exactly where everything is. I've had it since I was a kid. In a way, I feel as if every character I ever wrote is ingrained into its fake woodwork.

Beyond that, I also like everything about the word "independence." It means more irons in the fire for me, but it also means publishing my stories my way, everything from the content to the covers to the distribution to the marketing. I have maximum control over my creative output. Score!
Smashwords Interviews are created by the profiled author or publisher. 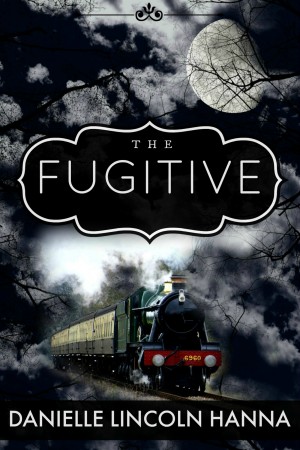 The Fugitive by Danielle Lincoln Hanna
Price: $0.99 USD. Words: 1,460. Language: English. Published: May 19, 2015. Categories: Fiction » Thriller & suspense » Action & suspense
What chance did a boy have against a whole gang – and his father? Mama was dead already. Nothing for it but to run. If he could reach the night train in time … (Flash fiction) 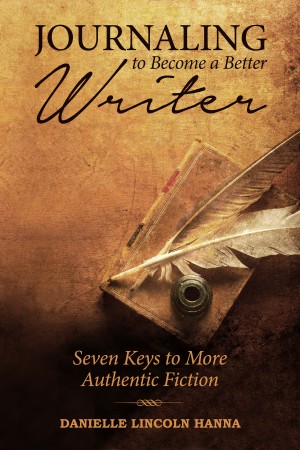 Journaling to Become a Better Writer: Seven Keys to More Authentic Fiction by Danielle Lincoln Hanna
Price: $2.99 USD. Words: 45,930. Language: English. Published: December 20, 2014. Categories: Nonfiction » Education & Study Guides » Literacy » Composition & creative writing, Nonfiction » Self-improvement » Personal Growth / General
How do you capture that spark of life that lifts your story off the page and resonates with readers in their very soul? You delve into your own soul and learn how to wrap words around your unique human experience, that’s how.