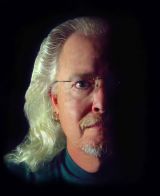 This interview has been viewed 1,221 times.

Published 2013-09-15.
What inspires you to get out of bed each day?
My cattledog, Jethro, and my wife, the coveted Laura. I can resist either one of them separately, but together I have no chance at all.
Describe your desk
I can't. I haven't seen the thing in years. I believe it's someplace in my office, I think. I hope.
What is your writing process?
Coffee, a completely dark room, a lighted keyboard, and no distractions.
When did you first start writing?
I really can't remember. I was first published when I was in high school.
Do you remember the first story you ever wrote?
Sure. I was in forth grade and set out to write the Great American Novel. After a couple of pages, I became distracted by a young lovely named Dianne Drake. Another epic lost.
Why did you become a novelist?
I don't consider myself a novelist. I am a story-teller.
What is the greatest joy of writing for you?
Couple of things. First is the fun of creating characters and following them through the story as I watch their lives and situations grow. Second is receiving the indirect compliment. Kind and appreciative words from someone I never met and will never know mean a great deal to me.
What do you consider your greatest writing strength?
My characters. Life has dozens of plots that go rocketing by all the time. The characters in our lives, those memorable people, stay with us through the years. My books, as is life, are character driven.
What are your five favorite books and why?
Horn of the Hunter by Robert Ruark. Even though it is not fiction, the story is full of action, drama, intrigue, fear, and joy. Marvelous book.
Flight of the Intruder by Stephen Coonts. An A-6 pilot in the Vietnam War, Coonts takes the reader into the cockpit and through the ridiculous policies of that time and place.
Semi-Tough by Dan Jenkins. An insightful and very funny look at professional football through the eyes of "them good ol' boys from Texas A&M."
Shogun by James Clavell. A true epic of a very different time in a very different place. Massive and Marvelous.
Lonesome Dove by Larry McMurtry. A sweeping story of the old west with some of the most wonderful characters ever put to page.
My reviews of these books and more of my favorites can be found at http://www.ironbear-ebooks.com/recommended-reading.html
Smashwords Interviews are created by the profiled author or publisher. 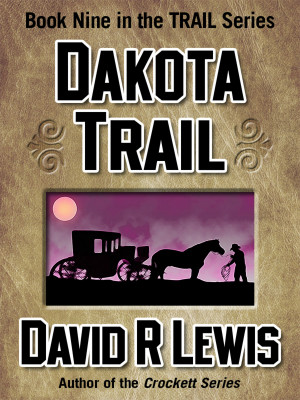 Dakota Trail by David R Lewis
Series: The Trail Westerns. Price: $3.99 USD. Words: 83,590. Language: English. Published: April 27, 2018. Categories: Fiction » Western, Fiction » Historical » Western & American frontier
Marion, Homer, and Ruben are on the trail in search of Federal Marshal James Jacklin, who has disappeared without a trace. Unexpectedly, the men come face to face with a situation that might be related…the kidnapping and selling of young Chinese girls. With the support of a determined woman, the boys set out to solve two crimes. Saddle up and join the marshals as they take to the Dakota Trail. 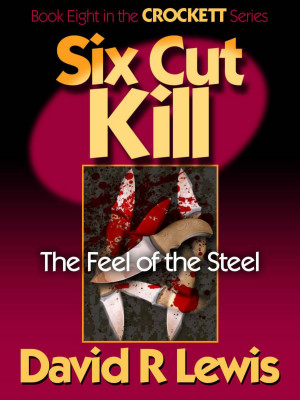 A series of vicious killing lead Crockett to investigate a wealthy businessman and his deeply twisted bodyguard. The discovery of a cache of illegal weapons bring in the FBI and the Missouri State Police, and lives are on the line. Things are touch and go, and no one is safe from the threat of the Six Cut Kill. 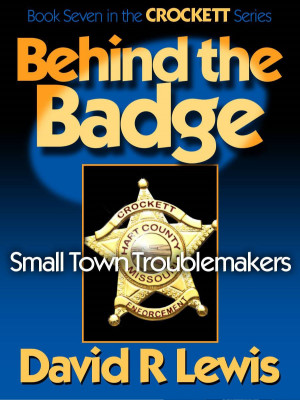 Behind the Badge: Small Town Troublemakers by David R Lewis
Series: The Crockett Stories, Book 7. Price: $3.99 USD. Words: 102,560. Language: English. Published: January 27, 2017. Categories: Fiction » Mystery & detective » Police Procedural, Fiction » Adventure » General
Crockett takes a part time job as a small-town cop and becomes suspicious of a local nightclub. With the help of the Missouri State Police, a cute undercover operative, and the ever-present Stitch, Crockett begins an investigation that leads to murder, mayhem, and more when he goes BEHIND THE BADGE. 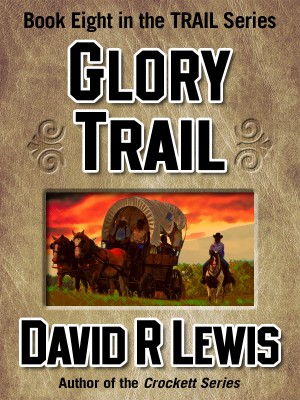 Glory Trail by David R Lewis
Series: The Trail Westerns. Price: $3.99 USD. Words: 66,490. Language: American English. Published: December 25, 2016. Categories: Fiction » Western, Fiction » Adventure » Action
It was a chance for a new beginning and a better life for a wagon train of hopefuls leaving the war torn South to relocate in Kansas. Unfortunately, new enemies and old habits die hard, and the truth can come to mean very little. Out-manned and out-gunned, Ruben, Marion, and Homer put their lives on the line as they saddle up and fight for what is right on the GLORY TRAIL. 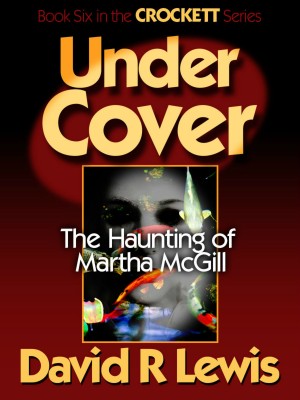 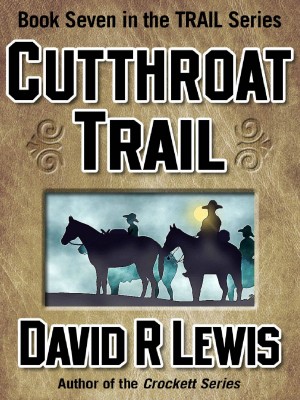 Cutthroat Trail by David R Lewis
Series: The Trail Westerns. Price: $3.99 USD. Words: 68,970. Language: English. Published: March 14, 2016. Categories: Fiction » Historical » Western & American frontier, Fiction » Adventure » Action
Ruben Beeler finds a friend shot to death then mutilated, so he calls on Marion Daniels and Homer Poteet for help. The chase takes the men from St. Joe into Kansas and down to Hell on the Border and The Nations as they follow a path of bloodlust that began before the killing of Arkansas Bill Cole. Serial killers are nothing new…as the marshals find out on the Cutthroat Trail. 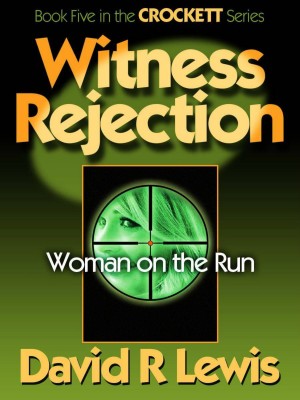 Crockett is rebuilding his life once again when he is contacted by Carson Bailey. Carson confesses to Crockett that she is in the Witness Protection Program but feels her cover has been blown. From a vicious attack near Chicago to a rogue FBI agent, to hired killers, to the wilds of the Black Hills, Crockett and Cletus fight for their lives while trying to help a woman on the run. 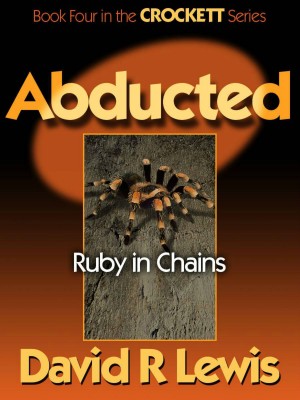 Crockett is enjoying a new life at Watkins Marina on Truman Lake when a call from Cletus shatters his reverie. Ruby has been abducted. Pulled back into what he'd left behind, Crockett is plunged into a terrible reality. He and Clete are on the hunt in the wilds of northern Arkansas, time is running out, and Ruby is in chains. 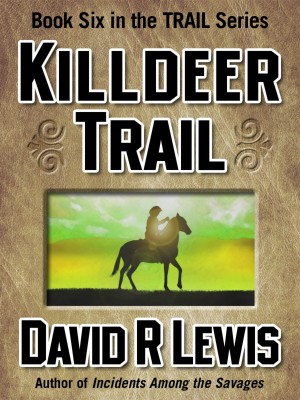 Killdeer Trail by David R Lewis
Series: The Trail Westerns. Price: $3.99 USD. Words: 62,930. Language: English. Published: June 15, 2015. Categories: Fiction » Historical » Western & American frontier
Thirteen people are dead from the savage poisoning of a church well at the hands of a vengeful elderly woman. Ruben, Homer Poteet, and Marion Daniels take to the trail of Blanche Boggs. She has crossed the Mississippi River into the wilds of southern Illinois to return to her old home place. Back among friends and family, Blanche knows she is safe. She isn't. Nobody is on the Killdeer Trail. 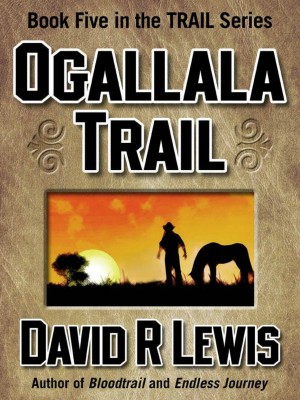 Ogallala Trail by David R Lewis
Series: The Trail Westerns. Price: $3.99 USD. Words: 67,630. Language: English. Published: May 1, 2015. Categories: Fiction » Historical » Western & American frontier
Marion Daniels asks Ruben for help. Marion’s friend, Cecil Man-Bear, has been crippled, his wife killed, and his daughter kidnapped. Marion and Ruben ride into the Sioux reservation, pursuing a man called Kills-Many. With the help of Homer and an old Indian fighter, Owney Furnish, they attempt to rescue the daughter and make sure justice is served. It's a hazardous ride on the Ogallala Trail.
View their profile to see all of their books