This interview has been viewed 999 times.

Published 2014-03-14.
What is your writing process?
The first thing I do when I start a book, is to write down the Title of the book. I never plan a book, or the way the story has to develop. The content of my books flow from my thoughts as I'm busy writing, and this is how my stories come to life. My characters live inside me, so describing a character physically and emotionally is very easy. Detail is very important to me in every aspect of my book, from describing an action scene to where two people are lost in love.
How do you approach cover design?
Well, the cover is, according to my opinion, the soul of the book. Without a good cover, no book will sell. When a potential buyer looks for a book to buy, the cover is the very first thing to capture their imagination. It tells a story in itself, which in a lot of cases, is the driving point behind approximately 40% of book sales, I'd say. Finding a professional cover designer, is of course the most convenient and easy way to ensure that your book attracts the audience that it was written for. However, I do all the designing of my book covers myself with a program which I downloaded from the Internet, and also with Paint, from Microsoft. Shop around, and it won't cost you an arm and a leg in the end.
What do you read for pleasure?
I love reading books by Mark Grisham and Wilbur Smith. I think they're both in a league of their own, but two of the greatest Authors alive. Mark Grisham writes the most compelling court-room stories, while Wilbur Smith has this feud between two families which has been going on ever since he started writing. Both Authors have a lot of detailed scenes in their books, which is why I love to read them.
What book marketing techniques have been most effective for you?
This is different for each Author and writer. With today's technology however, marketing one's book via Social networks, has become the easiest and most effective way of doing it. Social networking has set the trend in digital media as well.
When did you first start writing?
I started writing when I was still in Primary school, about eleven or twelve years of age. My essay's were always the best in the Grade, and my teacher was convinced that either my mother or father was doing the writing. Well, that problem quickly got sorted out when it was parent's night at school, as my parents told her that they had no interest in writing.
What's the story behind your latest book?
Which one? I'm presently busy writing three different Novels, so I really can't elaborate on one of them at this point in time, as I have no idea which book will be completed first. One is a true story, inspired by real events and a person intimately close to us as a family. I think it'll be completed first, so here it is. It's the story of a young girl, only just starting her life as an adult. She becomes involved with a young man, who introduces her to a world unknown to her up to that point in time. She becomes so reliant on a number of Substances, that it takes over her whole life, and in the process, destroys herself and tears apart her family. Fortunately, yes, there is a happy ending regarding the Substance abuse, but then fate sets in yet once again...
What motivated you to become an indie author?
There are no charges to publish, which is a huge plus point, I'd say. Their work is, professionally speaking, of a very high standard, and the books are distributed to all the major retailers. This puts each Author's book out there, and gives each and every one of us an equal chance to succeed in a very competitive field.
What inspires you to get out of bed each day?
I'm inspired to get out of bed every day, thinking of what I can do today to achieve my goal of selling more books, and broadening my fan-club. Also, to learn something which I didn't know the previous day. I learn something new every day.
When you're not writing, how do you spend your time?
I like watching a good movie, so we have quite a collection of DVD's, and a very good home theatre system(7.1 Dolby Digital surround sound). If not watching movies, we go to the Zoo as a family, walk around and have a picnic with a lot of good food.
What is the greatest joy of writing for you?
The greatest joy of writing for me, is to be able to pin my thoughts on paper. This leaves behind a legacy which lasts forever. I love sharing my thoughts with people, and what greater way to do it than by telling a story? Another point is that when I write, I forget about everything else that is bad in life, I'm cocooned in a world of my own, where only my story and characters are present. Writing gives me solace.
Smashwords Interviews are created by the profiled author or publisher. 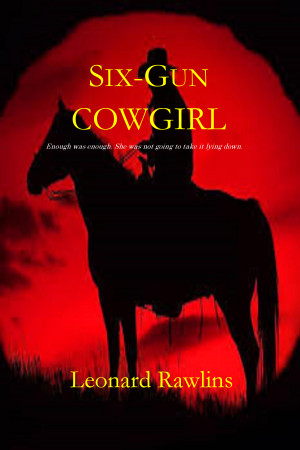 Six-Gun Cowgirl by Leonard Rawlins
Price: $1.99 USD. Words: 34,200. Language: American English. Published: July 3, 2019. Categories: Fiction » Western
Lucy’s return to her former life seemed to be going good, especially when she and Logan were to become engaged. Then things turned pretty nasty very quickly, and Lucy found herself standing alone against a man besotted with jealousy. Could her past save them? 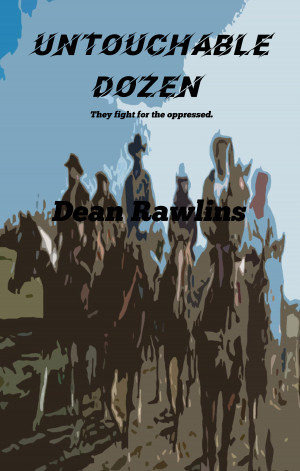 Untouchable Dozen by Leonard Rawlins
Price: $0.99 USD. Words: 23,280. Language: English. Published: August 23, 2018. Categories: Fiction » Western
Blake Faraday is a Federal Marshall and has eleven deputies to help him maintain Justice wherever it is needed. They fight for the oppressed. 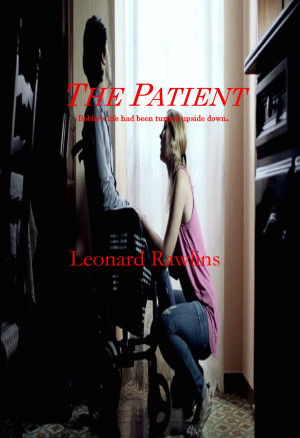 The Patient by Leonard Rawlins
Price: $1.99 USD. Words: 26,780. Language: American English. Published: June 1, 2018. Categories: Nonfiction » Law » Malpractice
Bobby Powell is the all-American young boy, and has his whole life stretching out in front of him. Graduating with top honours as Valour Dictorian and a full scholarship to Harvard Law, he has it made. With a girl like Kelly at his side, who can ask for more in life? Then tragedy strikes... 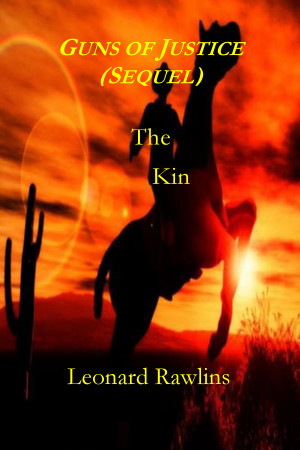 Guns of Justice - The Kin by Leonard Rawlins
Price: $1.99 USD. Words: 31,000. Language: English. Published: March 5, 2017. Categories: Fiction » Western
Tommy Cooper had sworn revenge when he heard about the death of his older brother at the hands of a Sheriff. When he found Jake Hudson, would Tommy be able to see it through as he had vowed? 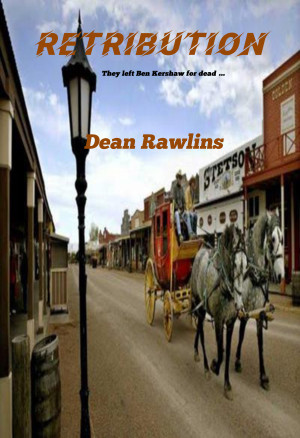 Retribution by Leonard Rawlins
Price: $0.99 USD. Words: 22,280. Language: English. Published: March 5, 2017. Categories: Fiction » Western
Ben Kershaw had been left for dead. Everything he held dear, taken from him by a ruthless fortune seeker. He made a promise to himself to recover, and to take back what had once been his. 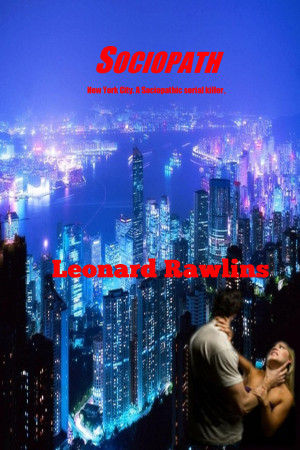 Sociopath by Leonard Rawlins
Price: $0.99 USD. Words: 27,460. Language: English. Published: September 11, 2015. Categories: Fiction » Thriller & suspense » Crime thriller
Jessie McCloud, a trained Trauma sister, is unwillingly caught up in the murdering spree of a serial killer, who has been sought after for the past five years for his heinous crimes against society. He has become more arrogant, and changes his Modus Operandi, but is still identified as the killer. Will Jessie be saved before he claims her life as well? 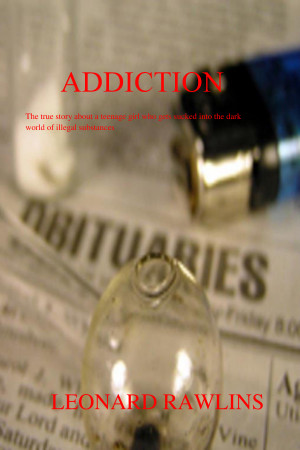 Addiction by Leonard Rawlins
Price: $2.99 USD. Words: 43,830. Language: English (South African dialect). Published: September 6, 2015. Categories: Nonfiction » Parenting » Teens
Problems with Shelley started at the age of fifteen after relocating from the country to the city. Shelley’s father, Nick, pursued a new career; so the relocation was necessary. Had he known how drastically their lives were to change, and the situations that they would find themselves in, they would never have considered relocating. 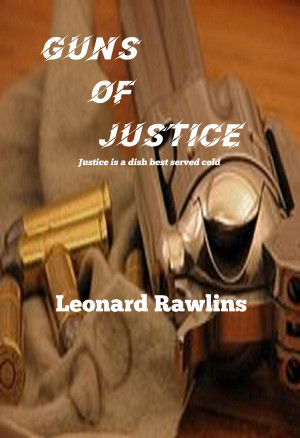 Guns of Justice by Leonard Rawlins
Price: $1.99 USD. Words: 50,570. Language: English. Published: March 12, 2014. Categories: Fiction » Western
Jake Hudson is a small-town Sheriff, but never the less one to be reckoned with when it came to abiding the law. Living a peaceful life with his wife and first-born on the way, Jake asks for nothing more. This dream of his is rudely shattered to pieces one evening when a gang of six men, who promised retaliation to their humiliation, succeed in savagely killing his wife and unborn child.