Published 2015-01-17.
Do you remember the first story you ever wrote?
Since I was able to write complete sentences, I've been making up stories.
My first attempt at a story was about a little girl and the imaginary place she liked to visit. It was a place full of rainbows and flying dogs that fetched falling stars.
What is your writing process?
I often come up with one sentence that intrigues me, then I build my story around that sentence.
Sometimes, I people-watch and make up stories about them. Occasionally, those stories become so compelling I have to write them down. They take on a life of their own.
Do you remember the first story you ever read, and the impact it had on you?
I've read so much and so often that I can't really say. I can vividly remember reading Where the Red Fern Grows and discovering that not all stories have a happy ending. I was devastated!
I read the Laura Ingalls Wilder series so much that I had to buy the set three times due to wearing them out. Those books started my passion for the Victorian era, and the way people lived before modern conveniences.
Shakespeare, Austin, Dickens, Nin, the Star Wars books, J.R. Ward's Black Dagger Brotherhood series, Anne MacCaffrey's Pern series...I read all of them, and thousands of others have all been a source of escape and inspiration.
Are the stories you write based on personal experience?
I get asked this a lot. While every bit of fiction has some truth, I can say that what I write is not autobiographical. The stories come from my imagination and pieces of the characters sometimes come from people I've met.
I research exhaustively, and because I'm really interested in the subject matter, I sometimes get lost in it.
But no, I haven't done the things I've written. Well, not all of them anyway...
What motivated you to become an indie author?
When I was younger, and wrote stories, I was aware of the difficulties of publishing. By the time I reached my twenties, there was one or two print-on-demand publishers out there, and it planted a seed. Could I do that? Who would edit them? How would I get cover art? Would anyone even read my work?
With all of these questions dancing around the back of my mind for years, I continued to write. I rarely showed my work to anyone until almost two years ago when I discovered that one of my favorite authors had a facebook page. I was able to watch and learn, and due to her kindness and patience, discovered that it was possible to put my books out into the world.
After a lot of hesitation, editing, and encouragement from the indie community, I put out my first book on my 40th birthday.
How do you approach cover design?
Covers are so vital to a book. No matter what anyone says, just about everyone judges a book by its cover. It has to intrigue, entice, and get a mood across without disrupting the reader's mental images of the main character(s).
For my first book, I had a cover in mind, but by the time I was ready to publish, I decided to go a different way. The first image gave the feel of intimacy, but it didn't really tell the reader what they were in for. The cover I decided on definitely conveyed the mood and the idea behind the book better.
What is the greatest joy of writing for you?
Writing allows me to clear out my head. Stories are constantly bouncing around in there, and getting them out, giving them life, and setting them free is almost like having children. When others love them as much as I do, I feel that kind of pride for them. I may have created them, but on their own, they make others happy.
I've fallen in love with a few of my characters, and spending time with them is like hanging out with family.
How do you discover the ebooks you read?
Oh I'm horrible! I'm the pickiest reader you'll ever meet! No matter how many copies an author has sold, if I'm not interested in the subject matter, or if the blurb doesn't grab me, I'll avoid it. I have friends who are authors, and I often read their work, and the works they suggest to me. But most of the time, I find things to read at random, or when I discover a new subject or author that catches my fancy.
When you're not writing, how do you spend your time?
I'm a multi-tasker to the nth degree. I read voraciously, have a full time job in addition to a home business run by my husband and myself, and a home in the truest sense of the word filled with peace, family, and pets.
What do your fans mean to you?
I love readers in general. There's an odd brother/sisterhood of us that love the written word. When someone reads my stories and understands exactly what I'm trying to say, or tells me that they had to read parts out loud to someone, I get warm fuzzies the size of Mount Rushmore.
Fans are an extension of family. These people spent their money on an unknown author to try something new. I'm always grateful for and humbled by that. Their feedback and encouragement is priceless. Whether or not I make an income on it feels somewhat irrelevant. If I do, great! If not, I'll keep doing it, because they've asked me to.
Smashwords Interviews are created by the profiled author or publisher.

Playing for Soles by Ellay Branton
Price: $0.99 USD. Words: 17,930. Language: English. Published: April 30, 2017. Categories: Fiction » Erotica » Paranormal, Fiction » Erotica » Comedy/Humor
Shoe lust breaks Tryka's brain-to-mouth filter, and now she's facing off with the father of all lust demons in a high-stakes game of strip poker. Losing means a hundred years of sexual torture with no release at the hands of the sexy Asmodeus. Winning means she'll get the shoes, and a chance to play with all the lovely toys in his room. Ante up! 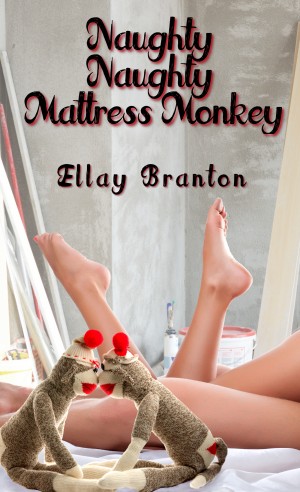 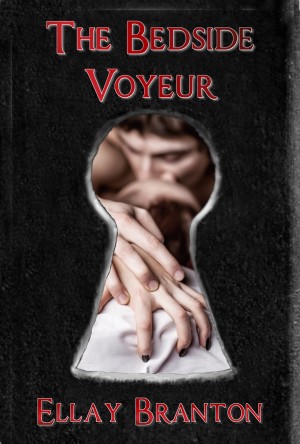