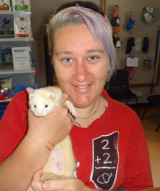 This interview has been viewed 206 times.

Do you remember the first story you ever read, and the impact it had on you?
The first book I read independently was 'The Big Honey-Hunt', a Berenstain Bearsbook. I don't remember it having a big impact on me, but as an adult I wonder how fed up my Dad got of having me run out every evening to read it to him! Luckily for him I soon moved on to other books, and I haven't stopped since!
Do you remember the first story you ever wrote?
I don't remember the first story, but I do remember being given a writing journal when I was in kindergarten, and having time set aside each week to write about 'My Weekend' or whatever five-year-olds write about. When I was in grade one, most of my stories were about animal friends (antipodean shades of Beatrix Potter), and after I started reading Enid Blyton mysteries I tried my hand at those as well.

I remember being told off by my first- and second-grade teacher because my stories were 'just lists of names'. Looking back I realise that this is how I work on stories - I have an idea, then I list and expand the characters, then I develop the story-line. The problem in early primary school was that I never had time to expand on my process because the allotted story writing time wasn't long enough!
When did you first start writing?
As mentioned above, I was writing by the time I started kindergarten. I don't remember a time when I didn't write. My dad says that even before I learned to write, I was making up stories.

I remember, at age six, deciding that when I grew up, I wanted to be An Author. The process was tough, and life hasn't always worked with me on the goal, but 35 years later I can say I'm a published author!
Where did you grow up, and how did this influence your writing?
I grew up on the east coast of Tasmania (our block overlooked the ocean, so very much 'on the coast'!), outside a small town. I think it influenced my writing by giving me a lot of freedom to explore and act out stories, and later to write them down. I've realised that my stories almost always include a small town in some way (my last two main characters, for instance, live in small cities but were raised in small, rural towns).

The other way in which my location influenced my writing has been through the community support that I've always had. Right back when I started kindergarten, the teacher encouraged my writing by giving me a writing journal. Throughout primary and high school I was praised and encouraged, and was consistently included in 'Gifted and Talented' writing courses, which helped a lot in getting professional feedback. My Dad's employer let me use their office computers to word-process my first novel when I was twelve. Now that I'm an adult in the community, I have so much encouragement and support still, including from two of my former English teachers who comment that I was always very good at writing.
Who are your favorite authors?
I have so many! My range of reading is fairly broad, so I'll break it into categories:

...And I'm probably forgetting some thanks to brain fog.
What motivated you to become an indie author?
I had been slowly coming around to the idea of indie/self-publishing. It took me a long time to let go of the idea that I needed to be traditionally published for it to count - I spent years learning the ropes of the traditional publishing process, but now I can just do it myself? Whenever I want?! WITCHCRAFT!

The main push to indie authorship was finally admitting to myself that my chronic illnesses simply make me too unreliable for a career based in traditional publishing. I know that I'm still capable of finishing a manuscript, but I can't write to schedule because sometimes my body simply can't spare the energy. I wouldn't be able to sign a multi-book contract. I wouldn't be able to commit to author events, or even phone interviews. I wouldn't be able to get out there and market my book.

All this led me to this place - I can publish my books. If people want to buy and read them, that's all to the good. If my audience never reaches beyond my own family and friend circles, then so be it. With books published, there's at least a possibility of reaching people who want to read what I write, a possibility that doesn't exist if I sit on my manuscript for years because it wasn't picked up by traditional publishers and I don't publish it myself.

Indie publishing is a way for me to share my work, while not compromising my health to meet a schedule.
What are you working on next?
My current work in progress is a novel called 'Now I Have You'. JD is bored with her life, but then she meets the very nice and equally hot Tane. She is sure he's the one and he seems to feel the same about her. They develop a friendship which turns into romance, and everything is perfect. But is it? Is Tane really the person JD thinks he is?

I'm about a third of the way through this project, and I haven't written the blurb or tagline yet, so it's hard to give an outline without giving everything away! I think the above gives the gist of it, though.

I'd love to say my manuscript will be finished in February, but mid next year is probably closer to what my body and life will allow. With any luck it will be published before the end of next year. So keep your eyes peeled!
Published 2017-11-29.
Smashwords Interviews are created by the profiled author, publisher or reader. 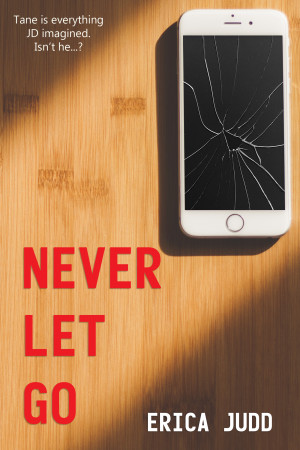 Never Let Go by Erica Judd
Price: $3.49 USD. Words: 93,110. Language: Australian English. Published: May 31, 2019. Categories: Fiction » Themes & motifs » Psychological, Fiction » Romance » Suspense
JD never thought she could have a rich hottie like Tane Cavendish, but their whirlwind fantasy romance is perfect - until Tane ghosts her. Hurt, she turns to his loser best friend. But soon Tane is back begging forgiveness, and JD is so crazy for him she can’t stay away. Months pass like her wildest dreams until she is betrayed again. She thought she knew Tane. The truth will change everything. 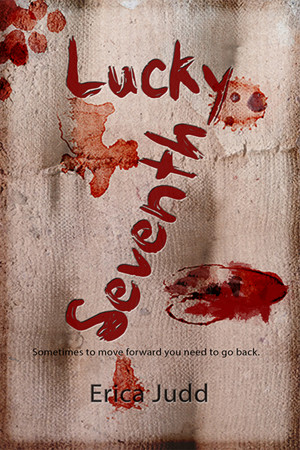 Lucky Seventh by Erica Judd
Price: $1.99 USD. Words: 69,490. Language: English. Published: November 23, 2017. Categories: Fiction » Themes & motifs » Psychological
Reco Hart lives a life of excess, using cheap vodka and casual sex to forget. But when he meets Vanessa Tanner, something changes. If he wants to move forward with Vanessa, Reco needs to go back and face his past. Can he escape the dark, haunted chambers of his psyche? Or will being Lucky Seventh haunt him forever?