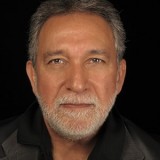 Published 2014-06-14.
What motivated you to become an indie author?
I met Harvey Stanbrough on a hot afternoon in Agua Rocosa. He had just gotten off the bus from the north and was passing through town. He stopped in the cantina there—the one run by my friend, the storyteller Juan-Carlos Salazár—for a cold Negra Modelo. He listened with rapt attention as I and Juan-Carlos told stories of the magic that permeates our lives and mentioned to me that I should publish some of my stories. I haven't looked back.
How has Smashwords contributed to your success?
That remains yet to be seen, but I mark success in writing the next sentence, then the next and the next until the story is finished. Then I mark success in writing the next tale.
What is the greatest joy of writing for you?
Reminding the world that magic still exists just outside our mundane, workaday lives, at that point where reality folds into imagination.
What do your fans mean to you?
Those who enjoy a good story mean everything to me. I invite them to cool themselves in the cantina.
What are you working on next?
The collection titled Stories from the Cantina is a series of five stories that stand alone but also are interconnected. After the fashion of Isabel Allende in her book The Stories of Eva Luna, I intend to write five more, then five more, and so on. And when all of them are written, I will combine them into a novel in which each individual story also will stand as a chapter. That in addition to writing separate stories of the kind found in my other collection, The Cycle of Ramón and Other Stories from the Cantina. Writing is great fun. Conveying the stories of my people is great fun. Why would I ever stop?
Who are your favorite authors?
Chiefly, Isabel Allende, Gabriel Garcia Márquez, Octavio Páz and Franz Kafka.
What inspires you to get out of bed each day?
The chance to observe the magic that sparkles anew in each moment.
When you're not writing, how do you spend your time?
Listening to Juan-Carlos Salazár or reading.
What is your writing process?
I write into the dark. An idea occurs—a thought or a line or a name or an occurrence—and I just write it. I try to surprise myself with every sentence. When the ending occurs to me, I just want to finish so I can begin the next story.
How do you approach cover design?
Harvey Stanbrough knows me and my stories very well. He personally designs all my covers for both ebooks and print.
What do you read for pleasure?
Other magic realism books and stories and anything by Hemingway or by my friend Paco. (Ed. note: For some reason, we aren't sure why, Gervasio refers to Nicolas Z Porter as Paco.)
What is your e-reading device of choice?
I read on Kindle. It's very convenient for reading in full light. Mi esposa reads on her tablet.
What book marketing techniques have been most effective for you?
To market my work, I just write the next story or the next collection. The cover and the 'hook' sell the current story. The ending of the current story sells the next one. I don't spend a lot of time doing anything I don't enjoy.
Smashwords Interviews are created by the profiled author or publisher. 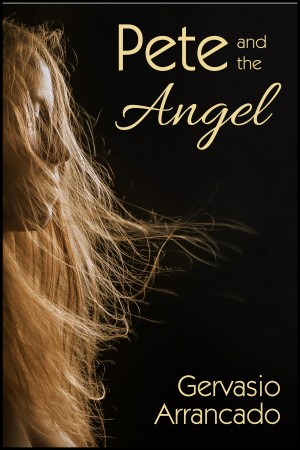 Pete and the Angel by Gervasio Arrancado
Price: $1.99 USD. Words: 5,710. Language: English. Published: August 18, 2016 by StoneThread Publishing. Categories: Fiction » Themes & motifs » Psychological, Fiction » Fantasy » Contemporary
It's a scalding hot day in Mexico when Pete sees something fall from the sky. Moments later a beautiful blonde woman is coming up the road behind him. Is she an angel? Maybe, maybe not. Come along and find out. 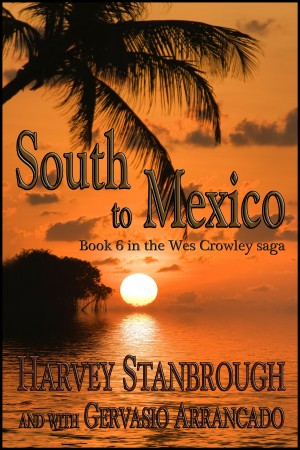 South to Mexico by Harvey Stanbrough & Gervasio Arrancado
Series: The Wes Crowley Novels, Book 6. Price: $4.99 USD. Words: 31,700. Language: English. Published: December 27, 2014 by StoneThread Publishing. Categories: Fiction » Western
This part of the saga contains a touch of the tall tale, a bit of magic realism, and the wide-open spaces of the Texas plains, the Mexican desert, and the sea. Of course, the plains, the desert and the sea are more similar than they are different. All are filled with angry gods who conspire to pit man against the elements and himself. Saddle up! There's plenty more to come! 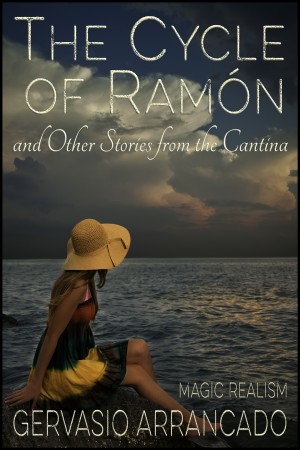 The Cycle of Ramón & Other Stories from the Cantina by Gervasio Arrancado
Price: $3.99 USD. Words: 20,470. Language: English. Published: June 1, 2014 by StoneThread Publishing. Categories: Fiction » Literary collections » American / General, Fiction » Fantasy » Paranormal
These are magic realism short stories. Love is bound through time, the heavens weep, the most beautiful woman in all of Mexico is cursed, a rabbit & a priest work through a drought, and the owner of a cantina relates tall tales that make Paul Bunyan pale in comparison. If you've enjoyed the works of Gabriel García Márquez and Isabel Allende, you'll enjoy these Stories from the Cantina. 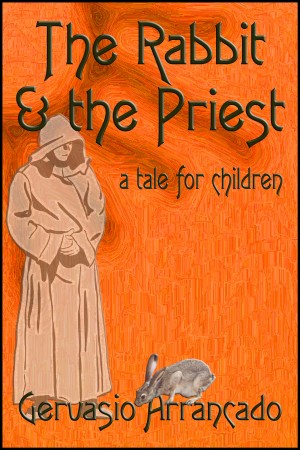 The Rabbit & the Priest: A Tale for Children by Gervasio Arrancado
Price: $1.99 USD. Words: 3,270. Language: English. Published: April 24, 2014 by StoneThread Publishing. Categories: Fiction » Fantasy » Paranormal, Fiction » Fantasy » Short stories
This is a magic realism short story, a tale for children. I hope adults will enjoy it as well. In a small town in Mexico, a drought has ravaged crops, killed stock and left the villagers hungry. What can one rabbit do to help? 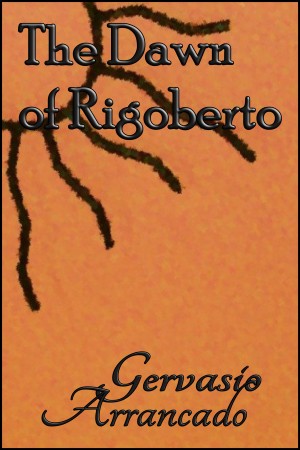 The Dawn of Rigoberto by Gervasio Arrancado
Price: $1.99 USD. Words: 2,210. Language: English. Published: April 19, 2014 by StoneThread Publishing. Categories: Fiction » Fantasy » Short stories, Fiction » Fantasy » Paranormal
In this short story, Rigoberto, an orphan, is the tallest, strongest, wisest and kindest man in the fishing village of Agua Rocosa. His mother wandered off within weeks of his birth & is rumored to be a witch, but has gained goddess status with many of the villagers. Nearing her death & as he obtains his thirty-third year, she gives him the gift of his father and much about his life becomes clear. 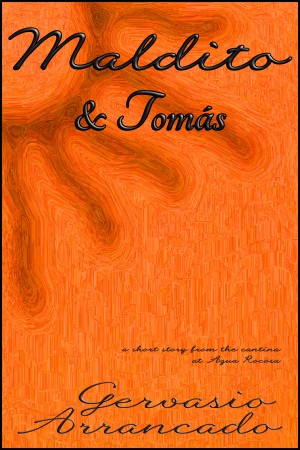 Maldito & Tomás by Gervasio Arrancado
Price: $1.99 USD. Words: 7,160. Language: English. Published: May 16, 2011 by StoneThread Publishing. Categories: Fiction » Fantasy » Paranormal
Tomás comes to help, but not everyone in a robe is a priest.... 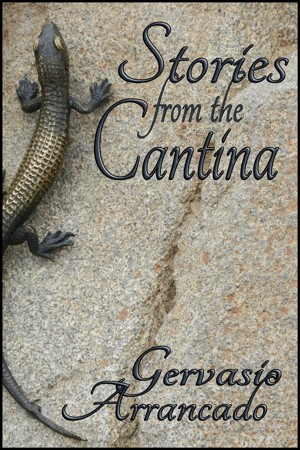 In these five stories, you will meet people significant to the life of young Maldito and the fictional village of Agua Rocosa. Eufemia and José, his parents; the Storyteller himself, Juan-Carlos; and several other colorful characters who live on the edge of magic. If you've enjoyed the works of Gabriel García Márquez and Isabel Allende, you will enjoy these Stories from the Cantina. 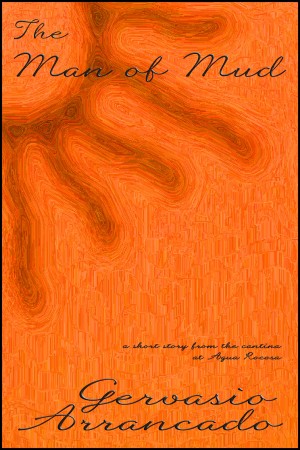 The Man of Mud by Gervasio Arrancado
Price: $1.99 USD. Words: 5,430. Language: English. Published: May 7, 2011 by StoneThread Publishing. Categories: Fiction » Fantasy » Paranormal
And on that strange day, a Man of Mud rose up from the plain north of the village.... Finally the Storyteller relates the story of the Man of Mud. If you've enjoyed the works of Gabriel García Márquez and Isabel Allende, you'll enjoy these Stories from the Cantina. 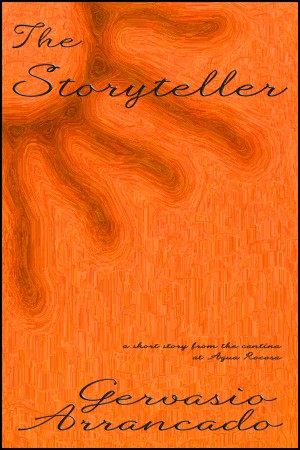 The Storyteller by Gervasio Arrancado
Price: $1.99 USD. Words: 4,800. Language: English. Published: May 7, 2011 by StoneThread Publishing. Categories: Fiction » Fantasy » Paranormal
Meet the Storyteller of the Stories from the Cantina. To keep his customers entertained, he relates stories of the magic that permeates that area where reality folds into imagination. If you've enjoyed the works of Gabriel García Márquez and Isabel Allende, you'll enjoy these Stories from the Cantina. 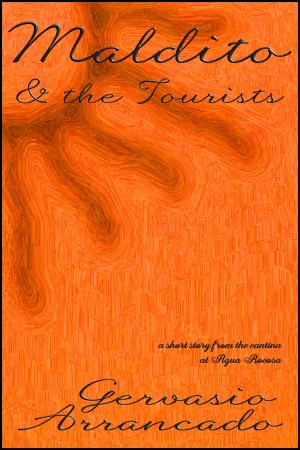 Maldito & the Tourists by Gervasio Arrancado
Price: $1.99 USD. Words: 4,720. Language: English. Published: May 7, 2011 by StoneThread Publishing. Categories: Fiction » Fantasy » Paranormal
Maldito develops his artistic talents and encounters tourists who are more than they seem. He sketches things others are simply not able to capture on paper. If you've enjoyed the works of Gabriel García Márquez and Isabel Allende, you'll enjoy these Stories from the Cantina.
View their profile to see all of their books