Published 2018-02-27.
Who are your favorite authors?
There are really too many to name. I grew up reading books by Victoria Holt, Susan Howatch, and Phyllis Whitney. Later, the first two novels by Kathleen E. Woodiwiss made a serious impact on me. When publishers began offering novels by writers like Elizabeth Lowell, Janet Dailey, Nora Roberts and Linda Howard, I was hooked on romance novels and decided that I wanted to write the kind of books I love to read.
What is the greatest joy of writing for you?
I like to get the stories out of my head and into readable form. While I read contemporary romance novels, I have a passion for historical novels. I've been a history geek for as long as I can remember and research is, for me, fun. I love novels full of life and love that allow the reader to feel the character's joys and suffering as they grow together through the course of the story. It helps that I'm a sucker for happy endings. And if someone reads one of my books and enjoys it, that's the greatest joy of all.
What motivated you to become an indie author?
I went the traditional publisher route many years ago, and after being rejected more times than I care to admit, I decided, if I was ever going to be published, it was time to do it my way. Smashwords gave me the platform to not only publish, but to have access to online bookstores. It was scary in the beginning, but I'm so glad I gave it a try
How do you approach cover design?
I let my cover designer do it. I fill out a questionnaire, supply the photograph, if I have one, and she goes to work. Of the books I've published so far, I have changed very little in the designs. It amazes me that she can see what's in my mind and then turn it into something amazing!
Describe your desk
This is strange, but I don't use my desk when I write. I have an office, a desk with a desktop computer, bookcases and file cabinets, but I don't write at my desk. There's a recliner in the corner that is my refuge from the "real" world. I put up my feet and go to work on my netbook. My husband is a computer guru and has me connected by wireless to the printer and the internet. So long as I have that--and a cup of tea--I can go anywhere in the world I want to go AND at any time period.
What is your writing process?
I start off with a broad outline which is really nothing more than a few paragraphs. Then I take those paragraphs and expand them with more details. I keep expanding and expanding until I have a foundation and a path to go from A to Z.. I write character sketches and make a list of characters appearing in the book--names and what they do. I want to make sure I'm not calling Joe by some other name or give him some other occupation. Then the real work begins. Did I mention research? Tons of it. More than I could ever need. Historical novels (and contemporary books, too!) need, not only to have the characters dressed correctly and speaking correctly, but every single detail HAS to be accurate. Readers are smart people who will catch even the slightest error. Deadpan, as I discovered, is NOT a medieval term.
How do you deal with writer's block?
I shove the block off my lap. Not really! I do it by writing. It was hard at first, but I discovered that the more I wrote, the more I was able to write. There are days, though, when I can't do anything more than dialogue. The next day, I go back and add narrative. On another day, I address the five senses, trying to include at least two in any given scene. Then there are those very rare occasions when I can't do more than a couple of paragraphs. But I always write something.
When do you find time to write?
Whenever I can, but I prefer writing at night, when the house is quiet. I've always been a bit of a bat, and that's when I'm the most productive. I took a partially completed manuscript of about 30,000 words to completion of more than 100,000 words in about 4 months, writing (something) every day.
How has Smashwords contributed to your success?
I love Smashwords! They have a great setup for indie authors that makes uploading a breeze. And their distribution system to retailers is tops. Plus, they listen, and over time have implemented improvements that make the process easier. Not only that, but their marketing strategies help with visibility. Very important when indies are responsible for their own marketing. I published my first book at Smashwords in 2012, and I'm so glad I did!
What are you working on next?
That's an excellent question. After getting fan feedback, they really want Book 2 of the De Montbrai Saga - Aerck and Anne's story. So that's where I'm headed--the 12th century. After that, I'll complete the series with Book 3 - Connor and Merlyn's story.
Smashwords Interviews are created by the profiled author or publisher. 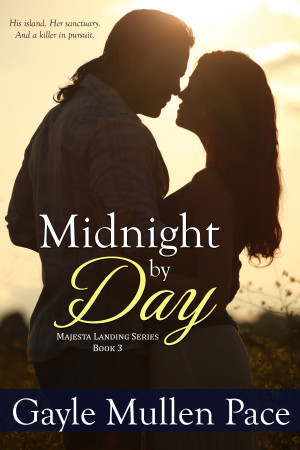 Midnight by Day - Book 3 by Gayle Mullen Pace
Series: Majesta Landing. Price: $2.99 USD. Words: 116,180. Language: English. Published: February 27, 2018. Categories: Fiction » Romance » Contemporary
You’ve already met two of the three Raines brothers; Kody in Pictures for Maddie, and Tec in His Norse Star. Now, meet brother Kavik Raines—mentioned, but missing in the first two books. Now he has a story all his own, full of mystery and secrets, with international criminals searching the world for the one that got away. 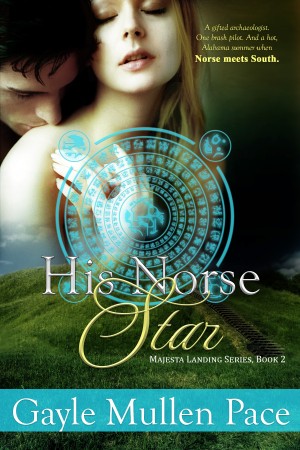 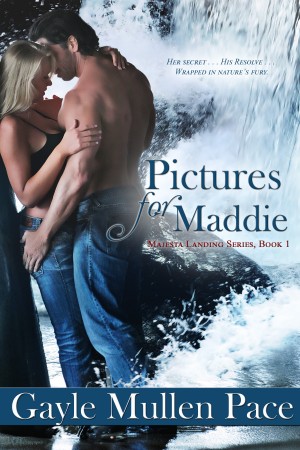 Pictures for Maddie (Majesta Landing Series ~ Book 1) by Gayle Mullen Pace
Series: Majesta Landing. Price: $2.99 USD. Words: 80,010. Language: American English. Published: May 31, 2014. Categories: Fiction » Romance » Contemporary
Pictures for Maddie is a contemporary romance set in the Tennessee Valley of north Alabama. Kodiak Raines, the mayor of Majesta Landing must deal with, not only a looming flood, but the return of the woman who broke their engagement. He finds Larke Scott standing on his doorstep with a stunning revelation that will change their lives forever. 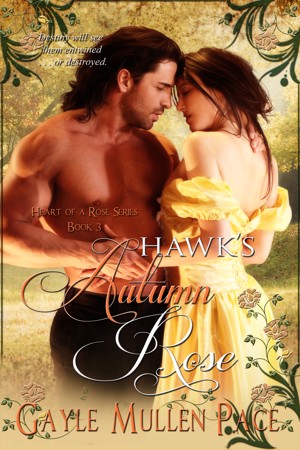 Hawk's Autumn Rose by Gayle Mullen Pace
Series: Heart of a Rose, Book 3. Price: $2.99 USD. Words: 102,300. Language: English. Published: November 1, 2013. Categories: Fiction » Romance » Adult, Fiction » Historical » Victorian
The exciting conclusion to the Heart of a Rose trilogy! A sinister danger is unleashed, threatening Lord Hawk and Miranda Kingswood’s world. Can he protect the woman he loves and convince her that he is worthy of her trust and devotion? 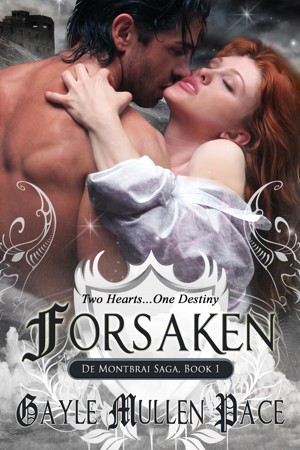 Forsaken (De Montbrai Saga, Book 1), a novel set in the medieval England of King Henry I, son of William the Conqueror. An outcast Norman knight seeks revenge for the murder of his family by stealing a marriage dowry and kidnapping the daughter of the man responsible for the crime. 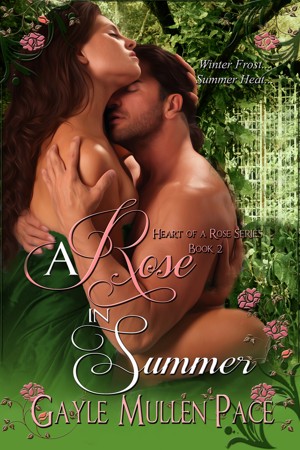 Heart of A Rose Series: Book 2. Miranda Kingswood has been reunited with the man who abandoned her, and she strives to discover why he has no memory of her. The Earl of Hawk, determined to secure his inheritance, declares that their marriage will last the required one year and after that he will seek a costly divorce. 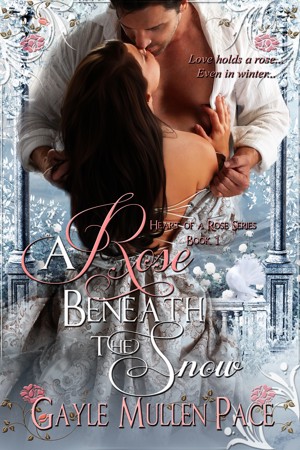 Heart of A Rose Series: Book I A Rose Beneath the Snow is the story of one woman’s rise from the seedier side of Victorian London to the grand ballrooms of the aristocracy as she chases her mysterious beginnings and comes face to face with her past.