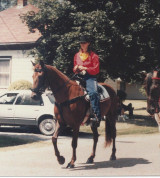 This interview has been viewed 1,033 times.

Published 2016-07-30.
When did you first start writing?
I started writing when I was in junior high.
What's the story behind your latest book?
My latest book is always changing.
What is the greatest joy of writing for you?
It relieves stress while "entertaining" someone else.
What do your readers mean to you?
My kind of writing isn't for everyone. I hope those who read my work at least know I put a lot into it. A woman told me once, "I really didn't like your book, but you're a good writer and you put a lot of research into the subject." That was the book Watchman's Point. And it was a compliment.
What are you working on next?
I'm not really sure, but plan on writing either about a murder that took place in Grimes, Iowa or the one in Agency, Iowa. Grimes is closer to me, so probably that one.
When you're not writing, how do you spend your time?
Working. I spend a lot of hours working.
How do you approach cover design?
I take my own photography and I have a million pictures to choose from, but finding something that works with the story within the cover is what counts.
What are your five favorite books, and why?
This is a tough one. I liked the first page of Shane for the description. I also like the beginning of the Scarlet Letter. The author's description of the door was remarkable. Lord of the Flies was a good book because it really showed the regression of man in this world and the harm he can do, especially if he thinks no one's watching.
What do you read for pleasure?
I don't get much reading time for pleasure. I like cars and indulge in the Buick Bugle, a car magazine directed at Buick owners.
Describe your desk
It's crowded between the police scanner, printer, computer and all kinds of papers that have to do with my writing, including but not limited to lists of characters that I'm using along with keeping track of chapters and pages. I don't like too many pages in one chapter. I have a fish aquarium on the corner of my desk.
How has Smashwords contributed to your success?
Smashwords has given me a chance to publish, whereas "regular" publishers always wanted hordes of money to publish my work or like my writing but, it's just not what they're looking for at the moment. Working with regular publishers can be pain staking, to say the least. I read about how many publishers turned down Stephen King and laugh. I bet they're kicking their asses at that.
Who are your favorite authors?
I can't say I have any favorites. There are a lot of good writers out there.
Do you remember the first story you ever wrote?
Yeah. It was in elementary school. I wrote about a guy who got trapped out in a snowy wilderness and everything he done to survive until he made it home. The teacher loved it and asked if she could keep it. Sure why not? What was I going to do with it.
What is your writing process?
From memory, from a lot of things.
Do you remember the first story you ever read, and the impact it had on you?
Not hardly.
What is your e-reading device of choice?
My smart phone.
What motivated you to become an indie author?
I met a gal at a writer's conference and she said I was really well written and asked if I had published? No, I hadn't. Messing with publishers takes a lot of time. I don't have a lot of time. She told me about Smashwords, so I decided to give it a try. It's worked well for me.
What inspires you to get out of bed each day?
Work. Sometimes as early as two in the morning. I have that kind of job.
What book marketing techniques have been most effective for you?
I haven't really used any, but am thinking about the local paper. I think local crime will get their attention, mostly because it's in a low crime area and murder catches their attention quick.
Where did you grow up, and how did this influence your writing?
Mid-west, so most of my stories take place in the mid-west. The first story of my mystery series starts off New York, but at the end of the book the main character and his new love are moving to Illinois where he grew up.
Smashwords Interviews are created by the profiled author or publisher. 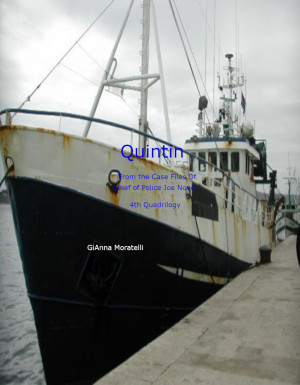 Quintin by GiAnna Moratelli
Price: $3.99 USD. Words: 24,450. Language: English. Published: May 24, 2019. Categories: Fiction » Thriller & suspense » Crime thriller, Fiction » Mystery & detective » Amateur sleuth
The end to Chief Joe Novelli's case is coming to a close. But not the way he wanted. A killer has not only revealed it's identity but who the next intended victim is. Someone close to Chief of Police Joe Novelli is about to die unless he can find a way to stop them. 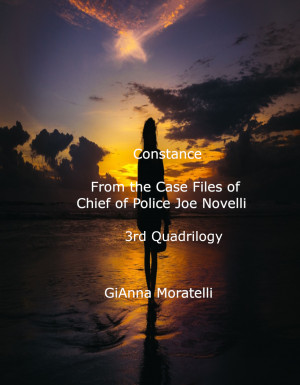 Constance by GiAnna Moratelli
Price: $3.99 USD. Words: 24,230. Language: English. Published: May 24, 2019. Categories: Fiction » Thriller & suspense » Crime thriller, Fiction » Thriller & suspense » Crime thriller
Years ago Constance's father decided she ought to marry Quintin McCord. The sports fisherman/ex-lawyer could take care of her he said. But now Constance has met the man of her dream, the Chief of Police Joe Novelli. The only problem is they're both married, and it gets more complicated when murders start happening on the beach across from the island she shares with her husband. 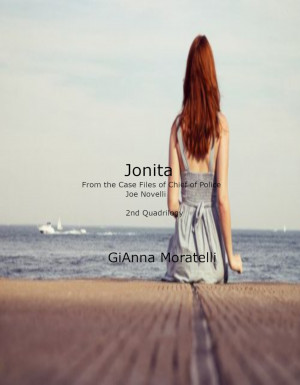 Jonita by GiAnna Moratelli
Price: $3.99 USD. Words: 35,050. Language: English. Published: May 23, 2019. Categories: Fiction » Mystery & detective » Police Procedural
Joe Novelli has his hands full trying to figure out who killed a girl out on the beach. And when he thinks his job can't get any harder someone vandalizes his office and then a cop from New York shows up expressing to him that she can do his job better than him. Or so she thinks. Then to top things off there's another murder. 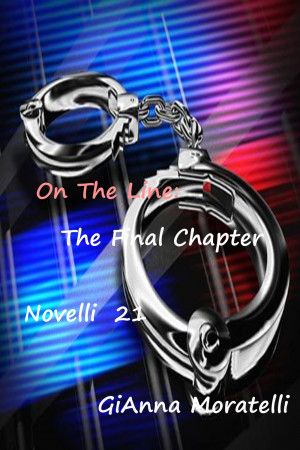 On The Line: The Final Chapter by GiAnna Moratelli
Series: Lt. Joe Novelli, Homicide. Price: $1.99 USD. Words: 59,370. Language: English. Published: June 20, 2017. Categories: Fiction » Mystery & detective » Police Procedural, Fiction » Mystery & detective » Police Procedural
Lt. Novelli's been shot. The only clue is the name of a woman named Shirley. But who is this Shirley? With no prints on the stolen car that was used in the shooting and no weapon, things are looking bleak. Luckily a news team was on the scene when the shooting occurred. But when a fire results in the death of two people, and the same news team is on the scene there may be more to it than luck. 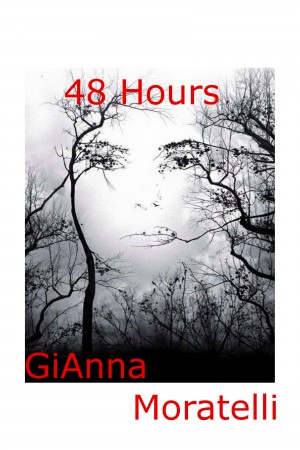 48 Hours by GiAnna Moratelli
Price: $1.99 USD. Words: 670. Language: English. Published: March 24, 2016. Categories: Fiction » Mystery & detective » Women Sleuths, Fiction » Mystery & detective » Police Procedural
Det.Shay McBride arrives on the scene to find Hanna Hoyt, raped and tied. Her roommate Marian Wait's missing. But Marian isn't the only college girl missing. Jayne Sander's has been missing for a couple of weeks. Lt. Joe Novelli gets called to a homicide of a young woman found dead behind a store. Do these missing college girls and the rape have a closer connection than Hanna's willing to tell. 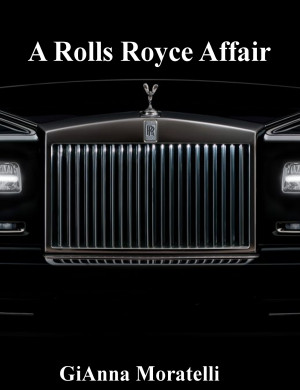 A Rolls Royce Affair by GiAnna Moratelli
Series: Lt. Joe Novelli, Homicide. Price: $1.99 USD. Words: 33,550. Language: English. Published: March 14, 2016. Categories: Fiction » Thriller & suspense » Action & suspense, Fiction » Mystery & detective » Police Procedural
Detective Gregg Sweet is found with a bullet in his head, assassin style. The newest detective on the department had found him a new girlfriend, Susan Bolin. But while his Rolls Royce affair of diamonds and money was spinning in his head, Susan wasn't free from a rich husband, who may not have been as thrill over her new love as she was. 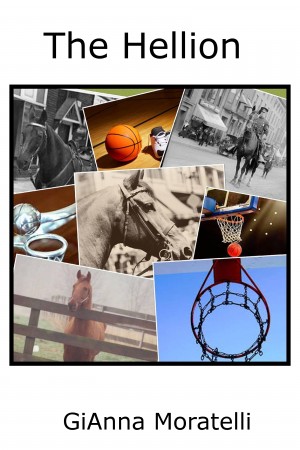 The Hellion by GiAnna Moratelli
Price: $1.99 USD. Words: 43,940. Language: English. Published: February 3, 2016. Categories: Fiction » Young adult or teen » Drama
Roxy loves her horse and Joey, her brother's star basketball friend. Rob wants a scholarship to college for basketball like Joey. But Roxy and Rob's parents have strict control. No dating and coming home to chores and working in their dad's garage is foremost. This strict control and two teenagers want of freedom will end in disaster for one of them. 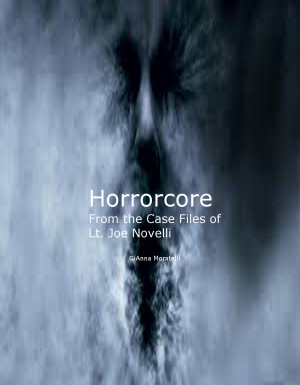 Horrorcore by GiAnna Moratelli
Series: Lt. Joe Novelli, Homicide. Price: $1.99 USD. Words: 34,350. Language: English. Published: December 23, 2015. Categories: Fiction » Thriller & suspense » Crime thriller
Margie Portman and her daughter, Tisha are found murdered. Tisha's best friend, Cheryl has been sexually assaulted and stabbed but she's still alive. Having returned from a Horrorcore concert, Lt. Joe Novelli has to determine if someone from the concert had anything to do with the murders or if it was someone closer to the victims. It's a twist that even will surprise Novelli. 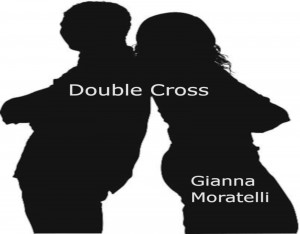 Double Cross, Lt. Joe Novelli, Homicide 17 by GiAnna Moratelli
Series: Lt. Joe Novelli, Homicide. Price: $1.99 USD. Words: 25,710. Language: English. Published: May 11, 2015. Categories: Fiction » Mystery & detective » Police Procedural, Fiction » Thriller & suspense » Crime thriller
Chris Blaskovich has been murdered. Everyone says he was a good guy, he didn't have any enemies, although he and his wife were at odds. His wife has the perfect alibi, she was out of town. But everything points to her being involved in his murder. It will take some inventive police work to catch this killer. 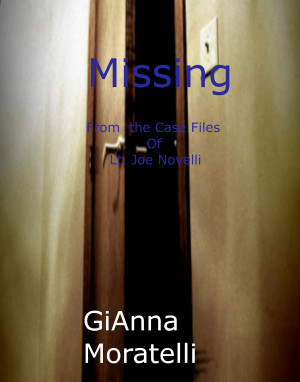 Missing by GiAnna Moratelli
Series: Lt. Joe Novelli, Homicide. Price: $2.99 USD. Words: 20,120. Language: English. Published: April 20, 2015. Categories: Fiction » Mystery & detective » Police Procedural, Fiction » Thriller & suspense » Crime thriller
Jessica Spain didn't come home after going to a movie with her friends. After interviewing Jessica's boyfriend, who says he took her home, Lt. Joe Novelli brings in a K-9 unit which tracks her to a neighbor's house. Taped up and found in a closet, Stan Shawl is arrested for abduction and rape. Shawl claims that it wasn't him but his twin brother Ed. Both men have the same DNA. Which one did it?
View their profile to see all of their books