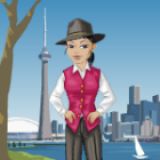 This interview has been viewed 2,672 times.

Published 2013-09-29.
What inspires you to get out of bed each day?
Cats punching me in the face. I get out of bed in the morning to feed them, but I stay out of bed because I've got a book to write.
When you're not writing, how do you spend your time?
In the summer, my spare time goes to my urban balcony garden. Indoors, it's knitting, quilting, canning... sometimes I break out the oil pastels. But most of my non-writing time is spent blogging and marketing my books. An author's work is never done.
Do you remember the first story you ever wrote?
When I was a kid, I wrote and illustrated stories all the time. As an adult, I'm pretty sure my first story became the ebook "Good Bi Valentine," an erotic comedy about a bisexual building super. I wrote it in pen, on paper. I don't do that anymore.
Do you remember the first story you ever read, and the impact it had on you?
My mother still has a cassette tape of me reciting Dennis Lee's "Alligator Pie" when I was two years old. The first book I remember reading repeatedly was "The Secret Garden." I was young enough to feel like I wasn't totally clear about what it meant. I understood the surface elements, but I knew there was something deeper. I read that book over and over, trying to find what I was missing.
How do you approach cover design?
Two or three years ago, the idea of creating my own covers scared the crap out of me. I'm glad I asked my computer geek brother to teach me about graphic design software, because now I love creating covers. I get to put my artsy skills to good use. Simple and sexy it usually the goal.
What do you read for pleasure?
Primarily Canadian literary fiction. I gravitate toward wartime fiction and novels set in the Depression era. I usually have some non-fiction on the go, as well--marketing books, Native Studies, Canadian history, transgender issues, and queer stuff, primarily.
Describe your desk
It's a chair.
Where did you grow up, and how did this influence your writing?
I grew up in Toronto, one of the most multicultural cities in the world. As a result, my characters are culturally and ethnically diverse. Also, I never felt judged or in danger growing up queer, and so my queer fiction might not be as super-angsty or coming out-focused as that of queer authors who were raised in a more hostile environment.
What is the greatest joy of writing for you?
The greatest joy of writing is that feeling of "where did this come from?" Sometimes it seems like my books are coming through me and flowing out my fingers, completely bypassing my brain. I rarely feel like I've created my work. I don't know where it comes from. That sense of mystery and awe is the best thing about writing.
How can readers find out more about you?
Follow me on Twitter, @gisellerenarde. I'm on there pretty much every day, and you'll find out more about me than you ever wanted to know. I blog biweekly at Oh Get a Grip! and I'm at my own blog, Donuts & Desires, almost every day.
Smashwords Interviews are created by the profiled author or publisher. 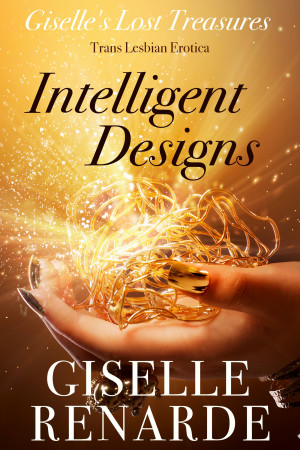 Intelligent Designs by Giselle Renarde
Series: Giselle's Lost Treasures. Price: $2.99 $0.99 USD. (67% off until Sep. 1!) Words: 3,470. Language: English. Published: August 13, 2020. Categories: Fiction » Erotica » Lesbian Erotica, Fiction » Erotica » Contemporary
Michelle came over again today. My husband wasn't home. She's supposed to be staging our house for sale, but I tend to distract her from her work. My husband is a good man, but I just can't seem to keep myself from cheating on him. And who could resist a girl like Michelle? Trans Lesbian Erotica by Giselle Renarde. 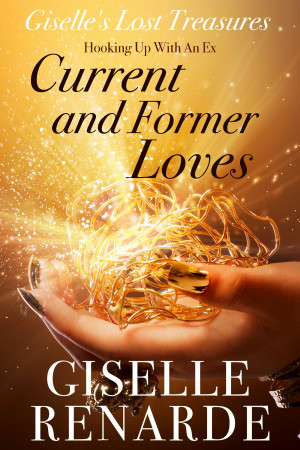 Current and Former Loves by Giselle Renarde
Series: Giselle's Lost Treasures. Price: $0.99 USD. Words: 3,070. Language: English. Published: July 26, 2020. Categories: Fiction » Erotica » Menage/Multiple Partners, Fiction » Erotica » Couples Erotica
It's been seven years since you broke up with Red. He's still pining for you. You've moved on--you're dating Nate now--and you want to feel put off by Red's not-so-subtle advances... but there's something kind of nice about knowing he still wants you bad. Nate tells you to go for it, when Red proposes dinner instead, and everything snowballs. Can your current and former loves agree to share you? 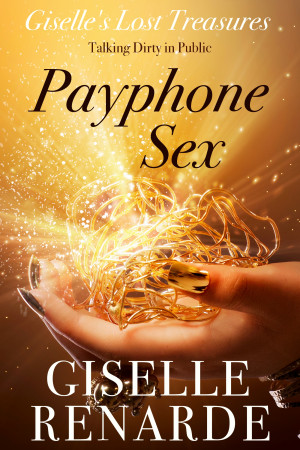 Payphone Sex by Giselle Renarde
Series: Giselle's Lost Treasures. Price: $2.99 $0.99 USD. (67% off until Sep. 19!) Words: 3,620. Language: English. Published: July 19, 2020. Categories: Fiction » Erotica » Couples Erotica, Fiction » Erotica » Comedy/Humor
Danny and Kat love talking dirty--especially in public. Standing at a payphone next to a busy sidewalk, Kat's taunting Danny with every saucy turn of phrase she can find. Could this relationship possibly get any kinkier? That depends. When Danny asks Kat to take action right there on the street, will she do it? 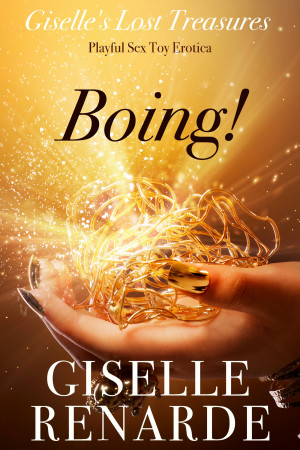 Boing! Playful Sex Toy Erotica by Giselle Renarde
Series: Giselle's Lost Treasures. Price: $0.99 USD. Words: 2,710. Language: English. Published: July 10, 2020. Categories: Fiction » Erotica » Couples Erotica, Fiction » Erotica » Comedy/Humor
You bought your girlfriend the biggest, bounciest sex toy you could find. Good for you! When she walks in the door with her clothes plastered to her skin, thanks to the rainstorm outside, will she want to play right away? Or will she tease you a little before putting on a show? 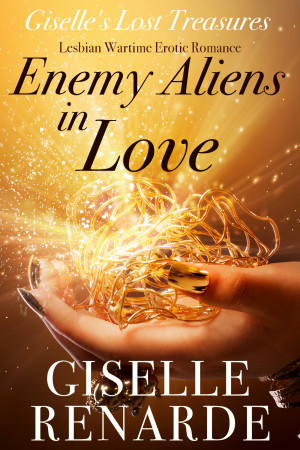 Enemy Aliens in Love by Giselle Renarde
Series: Giselle's Lost Treasures. Price: $2.99 $0.99 USD. (67% off until Sep. 9!) Words: 3,950. Language: English. Published: July 9, 2020. Categories: Fiction » Romance » Historical, Fiction » Gay & lesbian fiction » Lesbian
"Enemy Aliens" was the label put on Japanese Canadians during the second World War. After the bombing of Pearl Harbor, all Enemy Aliens were forced to live in internment camps. In one such camp, Sakura and Yuriko do do their best to charm secret information out of the young officers. Their true love, however, remains for each other. 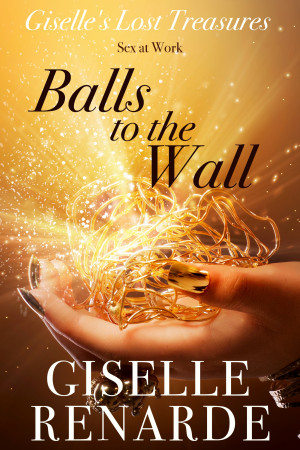 Balls to the Wall by Giselle Renarde
Series: Giselle's Lost Treasures. Price: $2.99 $0.99 USD. (67% off until Sep. 2!) Words: 4,770. Language: English. Published: July 2, 2020. Categories: Fiction » Erotica » Interracial, Fiction » Erotica » Comedy/Humor
Kat and Edson are never going to see each other after tonight. They've got a lot in common: they're putting themselves through grad school, both working at the same fast food joint, and each has a crush on the other. But they haven't admitted that last fact out loud. Not yet. Their restaurant is going to be bulldozed in the morning. Can they work up the courage to go out with a bang? 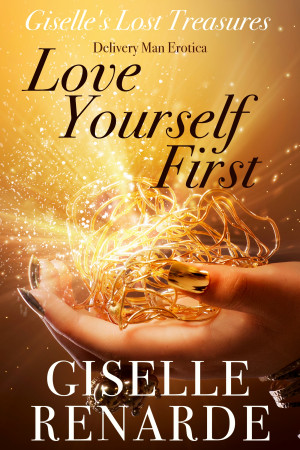 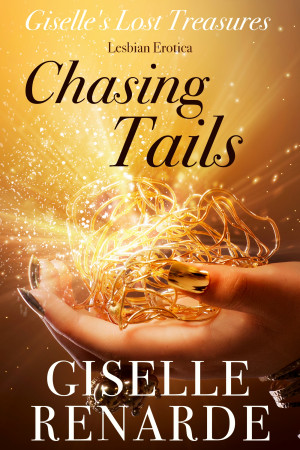 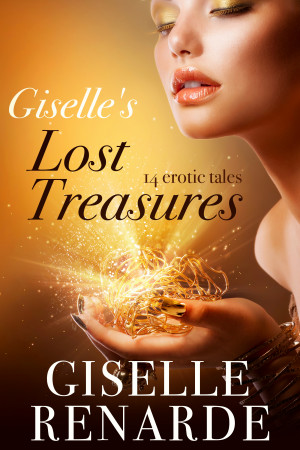 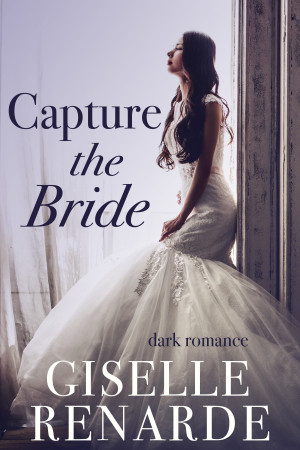 Capture the Bride by Giselle Renarde
Price: $3.99 USD. Words: 14,040. Language: English. Published: June 12, 2020. Categories: Fiction » Romance » Contemporary, Fiction » Romance » Adult
Tessa is two days away from marrying the wrong guy. What will it take to save her from a life of misery? When Tessa won’t listen to reason, her ex takes matters into his own hands. Alec won’t stand idly by while Tessa makes the biggest mistake of her life. Will Tessa change her mind before it’s too late? Or will Alec make the choice for her?
View their profile to see all of their books