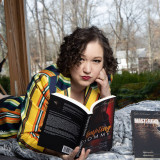 Published 2013-10-16.
How old were you when you started to write? What inspired you to start writing?
I was 22. I'd been reading Literotica for several years, but because I'm a speed reader I was starting to run out of the stories that I really enjoyed and new ones weren't coming out quickly enough for me, and a lot of them didn't have exactly the kinks I was looking for or they would have some and not others and I started thinking "Maybe I should just write what I want to read." And so I did. My first series, Office Play, ended up getting a lot of really supportive comments from people and it made me want to keep it up... especially because I def got off on writing the EXACT kind of story that I wanted to read. Still do.

And when I'm not reading either of those, I'm reading historical fiction or history books focusing on the Tudors, especially Henry VIII and Anne Boleyn =)
What genre would you classify your books as? What draws you to this genre of books?
I would definitely classify my books as erotic romances. A lot of the stuff I have on Literotica I would classify as pure erotica, although even there I would say I'm slowly moving in a direction towards erotic romances. Part of what draws me is that I find relationships between people absolutely fascinating. I love exploring the different ways a relationship can go right or wrong and I love that there are endless variations on the same love stories, depending on the people involved in the story. Plus... I love the sexy stuff.
What advice would you have for young writers?
Don't give up, because writing is one of those things that you can always get better at - that's one of the most lovely things about it. When people give you CONSTRUCTIVE criticism, don't get pissed, LISTEN to it. It's incredibly hard to listen to people tear up your work, but sometimes (a lot of the time) they have a point. Don't be afraid to change things. Also, know when to stand up for your work. I got TORN apart in my creative writing class by the professor in college, but one of the things that she kept saying was that it wasn't literary... but I knew that the audience I wanted was more general, I wanted to write more pop-literature than what she considered "true" literature. But I still took a lot of her advice on things that I thought were applicable. The best thing you can do is be open minded and be willing to look at your work with a critical eye, listen to constructive criticism that is given to you and READ. Read lots of work by authors that you love, study what they do and how they do it and try to apply it to your own writing. I can honestly say that I wouldn't be as good a writer if it wasn't for all the reading I do.
What is your favorite book and why?
My favorite book of all time is The Merro Tree by Kate Waitman. It has everything I love in it... an underlying message, an emphasis on the importance of the arts, romance, intrigue, a bit of a mystery, an underdog overcoming everything to succeed, and so many moments when I want to either cry or leap for joy. It's an incredible piece of work and it kills me that more people don't know about it.
What is your favorite quote?
Funny enough, neither are from a book, although one is from a movie made off of a book =)

"There's a skinny woman inside me, screaming to get out... but I can usually shut her up with cookies."

Seriously, that's one of them. The other one is from the Lord of the Rings:

Sam: I know... It's all wrong. By rights we shouldn't even be here. But we are. It's like in the great stories, Mr. Frodo. The ones that really mattered. Full of darkness and danger, they were. And sometimes you didn't want to know the end. Because how could the end be happy? How could the world go back to the way it was when so much bad had happened? But in the end, it's only a passing thing, this shadow. Even darkness must pass. A new day will come. And when the sun shines it will shine out the clearer. Those were the stories that stayed with you. That meant something, even if you were too small to understand why. But I think, Mr. Frodo, I do understand. I know now. Folk in those stories had lots of chances of turning back, only they didn't. They kept going. Because they were holding onto something.
Frodo: What are we holding onto, Sam?

Sam: That there's some good in this world, Mr. Frodo... and it's worth fighting for.
What does the future hold?
Ah good question. And I have SO many answers. I definitely want to keep writing... I'd love to eventually make it my full time job. That would be my dream. However, even if I never make it that far, I'm going to keep providing stories to Literotica and books to Amazon and Smashwords.

Once I'm done with the Domestic Discipline Quartet I'm going to start a series that will include the book version of Marriage Training (from Literotica) and will be called The Society of Sin. There will be four other books in the main series, about Gabriel's father and step-mother, his two sisters, and another two characters that will be introduced in the other books.

Once I'm done with the Stronghold series, or if I finish The Society of Sin first, I'll be starting on a new book series that will be set in the distant future. It's somewhat based off of Carolyn Faulkner's book Prima, except that I didn't agree with her vision of the future. I haven't come up with a title for the series yet, but I've come up with the plots for four or five books in it. The idea is that a disease has killed off a large portion of the population, but proportionally was much worse for women, and now we've gone back to a medieval mindset even though most of the technology is still in place, because women need to be protected / cherished as the bearers of children, etc. They are to be well-loved and also well-disciplined. Because of the lack of women in general, men often save up in groups - either brothers or close friends - to buy a wife ;) I'm still working out how the society works, but by the time I'm writing it I should have that all worked out.

There are several series that I want to work on, as well as a couple of standalone books, many of them in the Victorian timeline, some Westerns (cowboys... yum), and some contemporary. I'm also working towards two other pen names, one of which will focus more on romance and one of which will focus more on shorter / darker novellas that will usually be focused on a fetish (demon sex, were-animal sex, etc.). I've noticed there are a lot of novellas out there that sell for $2.99 and as long as they're about a specific kink, they do pretty well. So I kinda want to try my hand at that. I'll def announce all new releases on the blog, because a lot of them are going to only be 99 cents for the first week =)
Smashwords Interviews are created by the profiled author or publisher. 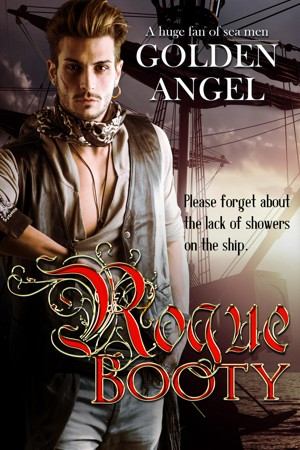 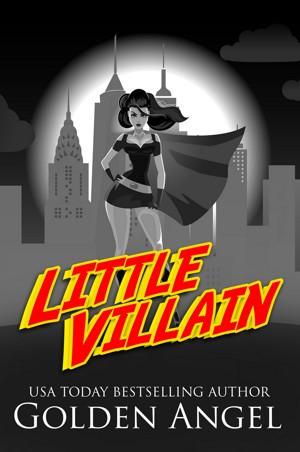 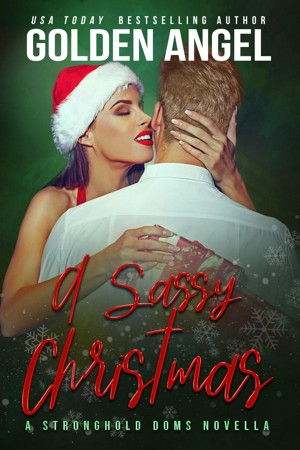 A Sassy Christmas by Golden Angel
Price: $0.99 USD. Words: 18,220. Language: English. Published: December 1, 2022. Categories: Fiction » Romance » Contemporary, Fiction » Romance » Holiday
All she wants for Christmas is for her passion to return - Master Adam and Angel just had a baby and things were supposed to get right back to normal within six weeks afterwards... but they've never been farther apart. 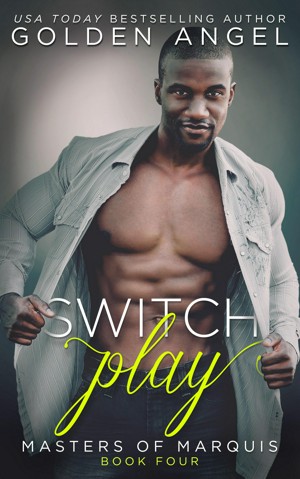 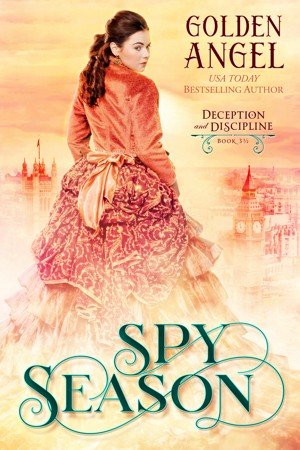 Spy Season by Golden Angel
Price: Free! Words: 11,920. Language: English. Published: August 10, 2022. Categories: Fiction » Romance » Historical » Victorian
On a dangerous mission for the Crown, Captain Anthony Browne narrowly escapes capture by a band of French soldiers when a lovely working lady offers him a most pleasurable cover for his visit to a brothel. Little does he know, she's the niee of his commander. 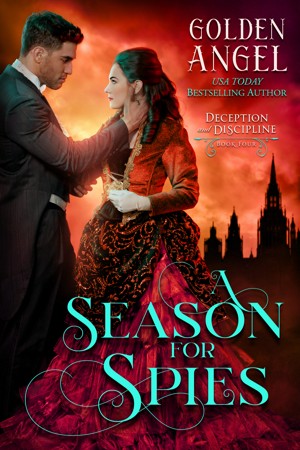 A Season for Spies by Golden Angel
Price: $5.99 USD. Words: 78,460. Language: English. Published: September 20, 2022. Categories: Fiction » Romance » Historical » Victorian
Passion and punishment - Evie gathered her debutante friends to take down a traitor, and their investigation led to marriage for everyone but her. Now it's time for the final showdown, and the final couple! 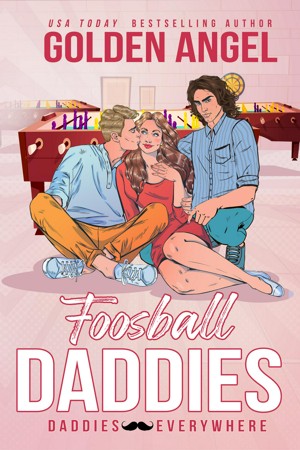 Foosball Daddies by Golden Angel
Price: $2.99 USD. Words: 18,920. Language: English. Published: August 16, 2022. Categories: Fiction » Romance » Contemporary
Two Daddies are better than one! Years ago, Cindy's desire for a Daddy Dom and Dane’s love of foosball unraveled her relationship with him, but she never forgot him. Now he's back and so is his best friend. 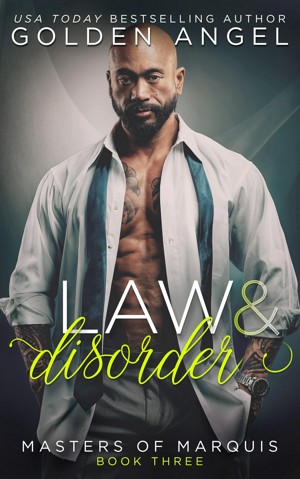 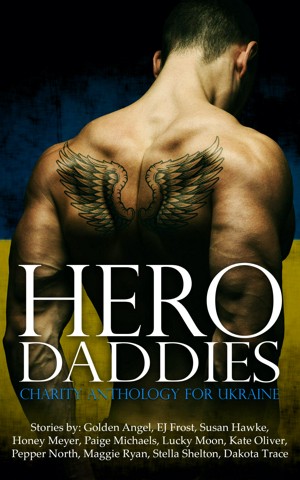 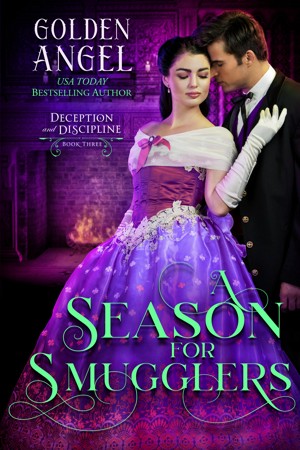 A Season for Smugglers by Golden Angel
Price: $5.99 USD. Words: 77,520. Language: English. Published: April 21, 2022. Categories: Fiction » Romance » Historical » Victorian
A bluestocking and a spy? Only scandal could be behind this marriage...
View their profile to see all of their books