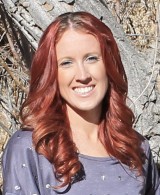 Published 2014-09-24.
When did you first start writing?
I'm a creator so I've been writing for as long as I can remember, but I wrote my first novella while I was in high school. I actually began writing Blood And Guitars around that same time, but I ended up putting it on the backburner for years to work on other projects. It has since become the project I'm most proud of.
What motivated you to become an indie author?
I love to be involved in every step of the process. I chose the indie route because I like to have input when it comes to the book covers, the pricing, and all of those details. The traditional publishing route isn't a great fit for me, but being an indie author allows me so much engagement with the readers and control in every step of the process. I wouldn't change one thing about it.
What is the greatest joy of writing for you?
It's cheaper than therapy! Lol. Writing really is a creative outlet, which is something I crave. I am always creating something, whether it's by making music with my guitar or drums, baking and decorating cakes, painting, or writing my latest story. Writing is just one of the many forms of self-expression I enjoy. It's the most difficult, and emotionally draining at times, but it's definitely the most rewarding, too. I love having an idea in my mind, and being able to tell the story that belongs to those characters and share it with others. There's no better feeling of satisfaction than having readers share in that journey with you.
What's the story behind your latest series?
The Blood And Guitars series stems from my desire to mash up two of the things I'm most passionate about: music and vampires. I had the idea for the story when I was in high school, and it later became this entire series I couldn't have anticipated back then. The idea came around before Twilight, and before vampires were really popular in fiction and the media, and I think that's part of why my books are so unique compared to others that are out there today. I loved the idea of this vampire named Aurora who's a young women that is just trying to find where she belongs in a world full of immortal creatures. She has a hard time relating to humans, but she's learned that living forever doesn't solve all of your problems. Then she meets Trey and has absolutely no idea that he's the frontman in a band who is very successful. He helps her remember what makes life worth living, and throughout that process she learns to open up and be vulnerable once again, even though she's forced to hide her true identity from him in order to keep him safe. You get this great element of the rock star life while Trey and his band are recording their new album in the studio, and you also get a glimpse of Aurora's world as she works at her art studio/gallery to create masterpieces. When their worlds collide this magic happens on a physical and spiritual level that neither one of them have ever experienced before. It's fun, exciting, a little nerve-wracking, and definitely challenging, but the characters are determined to experience the journey together.
What are you working on next?
I have several ideas I'm trying to flesh out, but readers can definitely expect more from me in the area of Paranormal Fantasy. That is the genre I love to read in, and it feels the most natural for me to write in. I also love the rock fiction edge that came with the Blood And Guitars series, and I think I may be carving out a niche for myself in the market by combining it with paranormal elements. One story idea I'm particularly excited will be a mash up of those areas, as well. I think my readers love the combination of those elements in my writing, and I plan to continue that in some form.
What do your fans mean to you?
Readers who take the time to review the books or get in touch with me in some form (Twitter, Facebook, e-mail, or my website) are a huge motivation for me to keep writing, and to write faster. They inspire me and remind me that I'm not the only one who cares about the journey my characters are taken. Trey and Aurora fans are particularly passionate, and I love their reactions to the stories I've written. I love hearing from readers on social media, or otherwise. Nothing will make my day faster than a message from a reader who is telling me how much they enjoyed the story I created. Any author knows how amazing that feeling is, and it never gets old.
Who are your favorite authors?
This is such a tough question, because there are so many amazing authors. One of my all-time favorites is Amelia Atwater-Rhodes. She was listed as one of Oprah's 10 teens that would change the world when I was a teenager. I found her books that way and I remember reading "In The Forests Of The Night" and just being completely fascinated by this world of modern vampires she had created. She was only 13 when she was first published, and I credit her for inspiring me to write my first novella. I also credit her for my extreme vampire fascination, along with Brad Pitt incredible performance in his role as Louis in the film "Interview With A Vampire."

I'm also a huge fan of Brandon Mull. I recently sat in on some panels he did at Salt Lake Comic Con, and I was so impressed by all of the writing advice he gave.

I can't talk about authors without mentioning J.K. Rowling. She's the queen of writing, and I'm just still upset that I didn't write Harry Potter. ;)

I love Thomas Winship (Author of Vaempires Series.) He's an incredible talent who is writing a very different kind of vampires that are really unique and fun to read.

As a kid I loved reading Bruce Coville. I think my fascination with everything Fantasy-related stems from his stories, particularly "Jeremy Thatcher, Dragon Hatcher."

I also love Christ Paolini. The Eragon books are outstanding. He's a modern-day Tolkien, in my opinion. I'm still hoping someone one day will scrap the first movie and start all over, making the whole series into movies. They are just that incredible, and they deserve to be put on the screen.
What inspires you to get out of bed each day?
I'm a mom and a wife, so writing is something I sneak in to whatever spare time I can manage. I live for my family. They motivate and inspire me every day. Seeing life through the eyes of my son is always an adventure, and I continue to be inspired by his creativity and unique ideas.
When you're not writing, how do you spend your time?
I love music, so I play guitar and drums a lot. I also write songs, which you get a taste of in Blood And Guitars. Although, I think I'm a much better songwriter when I'm writing as Trey than I am as Heather for some reason. I also love playing video games with my husband. It's not unusual to find us playing Halo with friends, or shooting Zombies on the Xbox. I love spending time with friends, which might result in a board game night, a Dr. Pepper party, or a Survivor or Walking Dead marathon. I also love to bake and decorate cakes, travel (I prefer places with palm trees and a beach), and go to concerts.
What is your writing process?
Music plays a huge role in my writing process. I love Spotify, and I have playlists for each book I write. I need the right music to set the tone for whatever scene I'm working on, or to help me get in a character's head. I write in my office (otherwise known as the lair) and use my desktop PC. I love having a Dr. Pepper or Mountain with yummy flavor shots from a local place called Swig, but I don't have one every time I write. I am a plotter, but I don't usually end up following my outline exactly, because I like to allow room for the story to grow and the characters to direct it with their choices as I go. I usually spend time going over a scene in my head for a day or two before it ever makes it on the page. That means I spend a lot of nights falling asleep with characters and scenes in my head, which results in some crazy, but sometimes inspiring, dreams.
Smashwords Interviews are created by the profiled author or publisher. 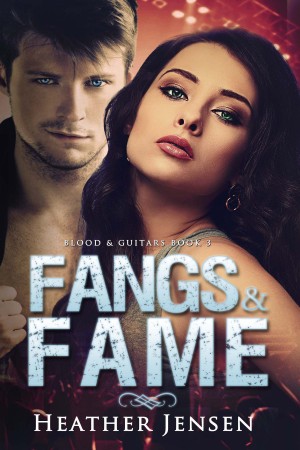 Fangs And Fame by Heather Jensen
Series: Blood And Guitars, Book 3. Price: $2.99 USD. Words: 117,870. Language: English. Published: September 24, 2014. Categories: Fiction » Fantasy » Paranormal, Fiction » Romance » Paranormal » General
Trey and Aurora are going on tour with Catalyst. Aurora does her best to help Trey adjust to his new life while trying not to lose herself in the whirlwind that comes with being married to a rock star. In between shows they face ex-girlfriends and strange vampires showing up at concerts, the challenge of keeping a blood stash on the road, and circumventing a Synod Elder who's calling in a favor. 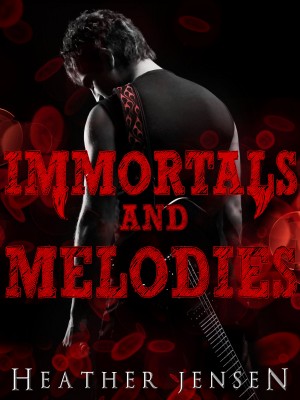 Immortals And Melodies by Heather Jensen
Series: Blood And Guitars, Book 2. Price: $2.99 USD. Words: 98,890. Language: English. Published: September 23, 2014. Categories: Fiction » Fantasy » Paranormal, Fiction » Romance » Paranormal » General
Trey is no stranger to chaos, but even the life of a rock star couldn’t prepare him for the consequences of loving a vampire. He’s risking more than just his career to be with Aurora. His life is in danger; threatened by the very group he must join to stay alive. If Aurora can’t figure out who is behind the violent attacks, Trey might not make it to the full moon. Is Aurora strong enough to carry 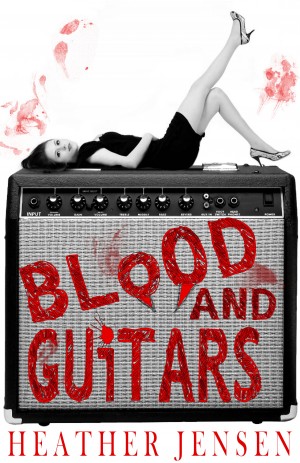 Trey is a world-renowned musician living a rock star's dream. As far as the world is concerned, he has everything he could ever imagine. Aurora lives in the shadows, bound only by the night from which she draws her power. Others of her kind are drawn to her, her flawless beauty concealing the internal scars she wears. The last thing she expects is for a mortal to rock her eternal world.