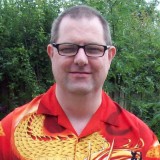 Published 2015-05-16.
Do you remember the first story you ever wrote?
It was a Fighting Fantasy game ("To Go North, turn to 281...").
I was very new to writing, but it was a decent effort and got a nice letter back from the publisher, pointing out improvements I could make to my work.
I then switched to writing scifi/action/horror as my second work.
How do you approach cover design?
For me, the cover has to come from the story, so that you eventually experience something in the book you think "that's were the cover came from". Maybe not an image from the book, perhaps something less direct - my first cover (Paradise Exhumed) is a mix of the hero's thought processes and the plot itself.
What do you read for pleasure?
I really enjoy Stephen King novels, and mostly o the characters, which are so rich, alive and engrossing.
I like a lot of old "pulp" stories for the action, adventure and great storylines: the likes of Robert E. Howard and Edgar Rice Burroughs in fantasy; Mickey Spillane and Raymond Chandler in detective stories.
I read Sherlock Holmes too, as I find the adventures wonderful. The original tales are obviously the best, but there are some excellent pastiches too.
What is your e-reading device of choice?
A battered old generic ebook reader. Its clunky and not terribly fast, but I love it. I've even repaired it recently - soldering in a new rechargeable battery. I don't like to just throw away things I like to get the latest one.
Describe your desk
Always cluttered! A PC screen directly in front of me. Books off to the left, beyond my printer/scanner. Fantasy models on shelves to the back right. There are snack-foods, fruit, notes, pens, diaries and painkillers scattered about. It need a good sort out, but I'd rather be writing.
Where did you grow up, and how did this influence your writing?
Although I grew up in Cheshire, UK, physically, I really grew up in my imagination. I read a lot and watched a lot of exciting TV - I spent a lot of my time feeding my imagination. So many things had influence - a few are... the old Dr Who's (especially Pertwee & Baker), Star Treks, Hammer movies, other Sci-Fi and fantasy shows, films and books, blockbuster movies (I loved the pace, excitement and action of stuff like the original Total Recall, for instance) and things such as manga.
When did you first start writing?
In Primary school, in breaks to ease the boredom (and because I knew I'd be a bestselling author by the time I was 15, which at least shows I had a good imagination!).
What's the story behind your latest book?
Cause and effect. Events happen two thousand years ago, during the Roman occupation, that have terrible repercussions in modern day Britain. It's two related stories entwined together. The Roman narrative is kin to an Edgar Allan Poe tale, with a determined and dangerous protagonist. The twenty-first century tale is a desperate chase and features a rather unique and terrible creature.
What motivated you to become an indie author?
The sense that the writing industry is getting worse and worse for new authors following the "old route". Also, I've had experience with submitting to agents which suggests that some (not all) agents' approaches to examining book-samples are very subjective. I think Agents should be representing the final potential readers, not their own whims.

Indie authors write directly for the reader. That really appeals to me.
How has Smashwords contributed to your success?
I've only been a member for a few weeks, but I've seen a lot of new interest develop. And it's great to be able to see how many samples of your work have been downloaded and how many people have viewed your site-pages.
I need to nurture this interest into growing sales.
What is the greatest joy of writing for you?
Reading something I wrote some time ago and thinking "damn, that was good". At those times you are reading like a reader rather than a writer/editor, and you can appreciate the work in a different light.
What are you working on next?
I'll be polishing the manuscript for the second, concluding volume of Era Of Darkness.
Who are your favorite authors?
Stephen King overall. I don't get scared by him at all - rather I love his characters, the worlds he creates and the richness of his storytelling. Funnily, I often feel sad finishing one of his books, as I'd always love some more.
What inspires you to get out of bed each day?
Often painkillers - I suffer from arthritis and can stiffen up at night.
After that, it's "progress" - that I know I'll do something, whether big or small, with my writing. Each day is another step forwards.
When you're not writing, how do you spend your time?
Reading. Playing PC games. Watching TV. Building and painting model kits (usually Star Trek related - I'm working on the original Bridge right now)... And scribbling notes of new ideas for new stories.
Smashwords Interviews are created by the profiled author or publisher. 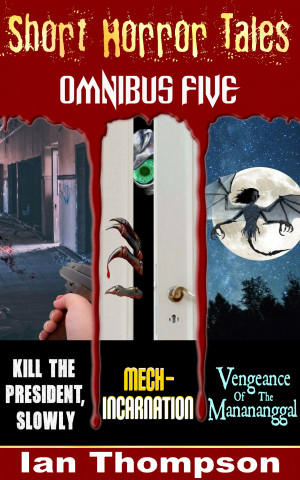 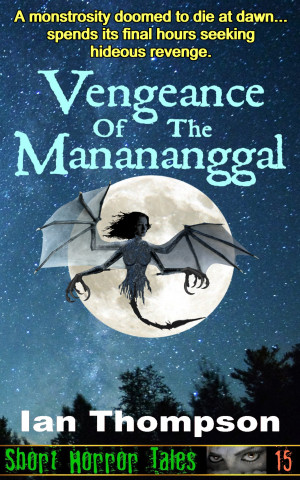 Vengeance Of The Manananggal by Ian Thompson
Series: Short Horror Tales, Book 15. Price: $1.50 USD. Words: 25,740. Language: British English. Published: June 10, 2020. Categories: Fiction » Horror » General, Fiction » Thriller & suspense » Supernatural
If you saw someone being attacked, would you stop to help them? A salesman driving on a late-night errand sees a thug assaulting a woman on the side of a forest road. The driver is an ordinary guy, he's no hero, but he can't just allow the victim to be hurt or killed – so he stops his car and rushes to her defence... And a dark nightmare begins. 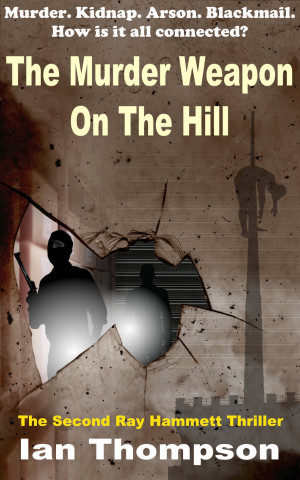 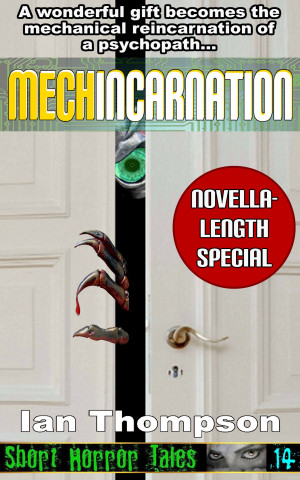 Mechincarnation by Ian Thompson
Series: Short Horror Tales, Book 14. Price: $1.99 USD. Words: 28,070. Language: British English. Published: June 26, 2019. Categories: Fiction » Horror » Crime, Fiction » Thriller & suspense » Action & suspense
When Police Lieutenant Dan Conway arrives at Crawford Mansion, he finds a gruesome massacre. Someone has taken control of a robot created for sick, wheelchair-bound Leon Crawford – and has turned it into a war machine. This mechanical killer is lightning-fast and possesses unbelievable strength. Who is controlling the robot? Why is he killing? And can the machine ever be stopped? 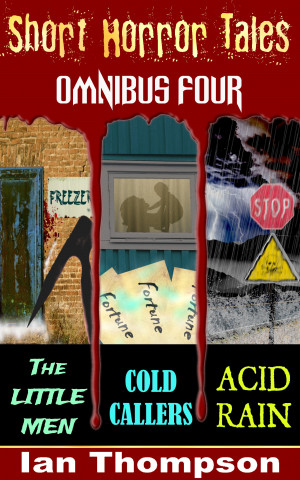 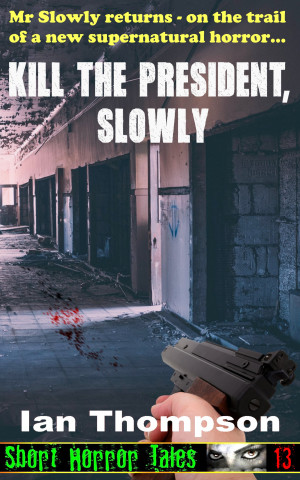 Kill The President, Slowly by Ian Thompson
Series: Short Horror Tales, Book 13. Price: $1.50 USD. Words: 17,830. Language: British English. Published: July 9, 2018. Categories: Fiction » Horror » Crime, Fiction » Thriller & suspense » Supernatural
Adam Farrisher, President of Avernus Studios, has created a new TV show – and people are dying to watch it. Over a hundred have perished so far. The assassin Mr Slowly is given a new mission: to stop Farrisher and his TV show dead. To succeed, he will have to overcome a sinister mystery, prowling flesh-eating horrors, a debilitating sickness … and his own worst nightmares. 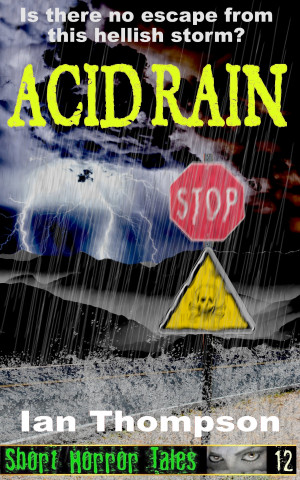 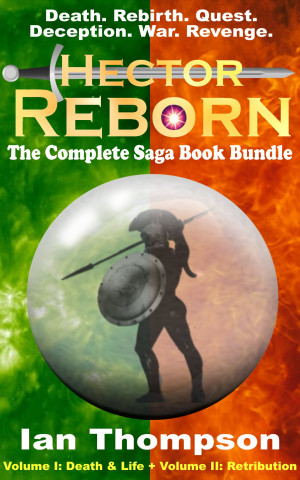 Hector Reborn: Complete Book Bundle by Ian Thompson
Series: Hector Reborn. Price: $4.99 USD. Words: 193,330. Language: British English. Published: January 30, 2018. Categories: Fiction » Fantasy » Dark, Fiction » Fantasy » Epic
The entire Hector Reborn saga in a great value Bundle! Reborn on a new world, Hector encounters new races, gods and magic. He grows aware of malevolent evils inflicted upon people - and swears to put them to an end. But what is really happening? Who can he trust? What fate awaits a hero who has already died? 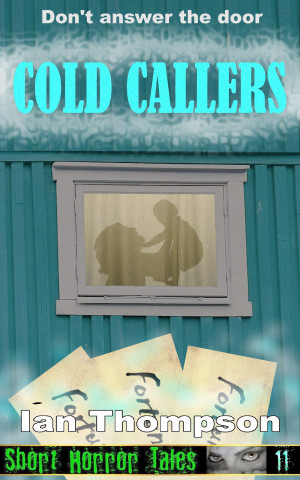 Cold Callers by Ian Thompson
Series: Short Horror Tales, Book 11. Price: $1.50 USD. Words: 15,980. Language: British English. Published: January 23, 2018. Categories: Fiction » Horror » General, Fiction » Thriller & suspense » Supernatural
How far will a mother go to protect her infant child? Marcie and her baby are alone in the creepy old house they call home. A frantic knocking on the front door heralds the arrival of the Cold Callers – and a night of harrowing terror begins for the mother and her child. The house is under siege by creatures than are neither human nor animal... Creatures with horrific intent... 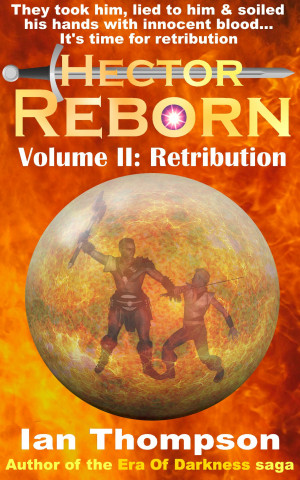 Hector Reborn - Volume II: Retribution by Ian Thompson
Series: Hector Reborn. Price: $3.99 USD. Words: 100,260. Language: British English. Published: January 16, 2018. Categories: Fiction » Fantasy » Epic, Fiction » Fantasy » Dark
Reborn on an extraordinary new world, the Trojan Prince Hector was deceived into making a terrible error - and countless innocent Atlans have been condemned to a fate far crueller than death. Now he fights alongside the Atlan survivors against terrible odds: the Nemalites, their Shaltine warriors, the monstrous Viron gods... and, worst of all, his resurrected Greek nemesis Achilles.
View their profile to see all of their books