This interview has been viewed 1,970 times.

Published 2013-08-26.
Where did you grow up, and how did this influence your writing?
I lived in Novato, California until I was seven and then we moved across country to Vernon, Connecticut. Living on the east coast certainly influenced my writing in that a great deal of the settings are in places near and dear to me, like the lakes region of New Hampshire and of course, York Beach, Maine.
When did you first start writing?
I wrote my first story when I was in sixth grade and my father recently gave it back to me. I think I'll laminate it because it shows that I was even a bit twisted back then. I wrote on and off through high school and college. A great deal of which was poetry that I unfortunately lost due to a computer crash early in my marriage.

That was a sick feeling - years of work transcribed lost. And I didn't keep the paper back ups. I learned a valuable lesson about redundant back up then.

I put away the writing for almost twenty years until my daughter asked if I could do anything, what would it be.

That was in 2007 and I haven't looked back...
What's the story behind your latest book?
Tigress is my latest at the point of writing this interview and it's the second in my Night Hawk series. I wanted to tackle the vampire lore and do it in a fresh way. I also have some fun with angel lore as well.

It is a fun foray into the fantasy realm and I am having a lot of fun with it.
What motivated you to become an indie author?
I burned a lot of bridges with very amateur query letters to agents and by the time I had ironed out exactly what a query letter was, there wasn't many agents left on the list I had put together and at the time, I chose to work on my craft a little more.

When I thought I was ready to saddle up on the query-go-round again, I targeted small presses and that's when eXcessica accepted my first book - Survival Games. Soon after that, their sister imprint FIDO accepted Dark Reckoning.

While I was under eXcessica, I volunteered to help behind the scenes, learning the ropes of formatting and jumped into editing for FIDO when they called for editors.

When FIDO dissolved and eXcessica decided to move into the co-op space, I was confident enough to take a jump into indie publishing and re-released my titles under my own imprint. Soon thereafter, an author that I had edited under FIDO approached me about starting our own publishing house.

And Novel Concept Publishing, LLC was born.
How has Smashwords contributed to your success?
Smashwords offers a relatively easy upload process and a wealth of distributors that they are hooked into. The broad distribution has helped with branding and recognition which is important of to an indie.
What is the greatest joy of writing for you?
The creative process is wonderful and last year I was able to write a book with my twelve-year old son - that in itself was the greatest joy I've experienced. I'm currently writing the second in his Death Chronicles series.
What do your fans mean to you?
Everything. The fans I have are avid proponents of my work and I adore them. I especially love it when someone leaves a comment on my website or guest book. I always try to send a thank you back and I've ended up becoming friends with some of them as well. Last spring, I even met up with a fan in Florida when I was there visiting family.
What are you working on next?
I'm working on a few things - the second book in The Death Chronicles (Highway to Hell) due out this fall. The third book in the Night Hawk Series (Trinity Rising), also due out this fall. And Victim, which recounts a teenager's experience of being bullied in high school. The third one is a mix of fiction and memoir and it's the book my daughter has been hounding me to write for years. I'm hoping to get that one out by the end of 2013.
Who are your favorite authors?
Stephen King, Jonathan Maberry, Poppet, Cat Connor, Ty Drago, Suzanne Collins, Heather Brewer...

As you can see it's a mix of adult authors and YA authors and there are so many more that I can't think of right now.
What inspires you to get out of bed each day?
My alarm and the thought that when I get home from my day job and feed the family, I can step into my writing world and live vicariously through my characters for a little while to unwind.
When you're not writing, how do you spend your time?
Reading, hanging on the beach, kayaking, editing, playing with cover art, sitting around a camp fire or the fireplace at home during the winter. Family, friends, fun.
Smashwords Interviews are created by the profiled author or publisher. 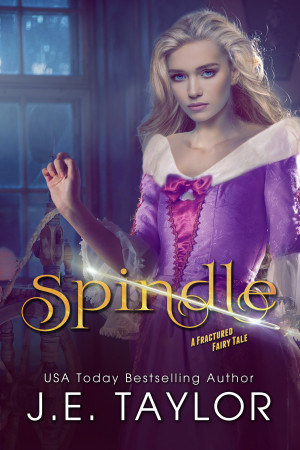 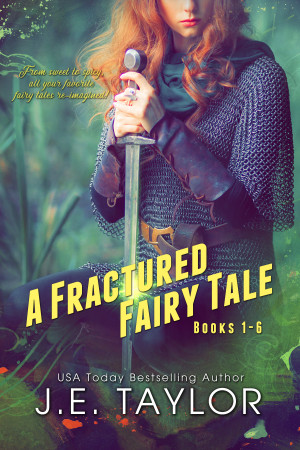 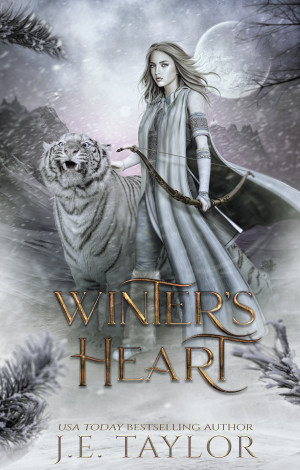 Winter's Heart by J.E. Taylor
Price: $2.99 USD. Words: 27,120. Language: English. Published: November 13, 2019. Categories: Fiction » Romance » Paranormal, Fiction » Fantasy » Paranormal
Myths. Magic. And a prophecy realized. Lisa Winters is supposed to save the small town of Opal from destruction with magic she does not possess. The white tiger has awoken, and he wants revenge on the people who betrayed him, as well as the sorceress who bound him in frost. 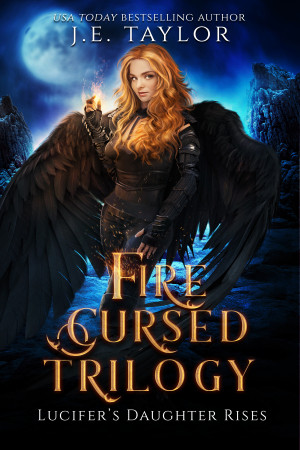 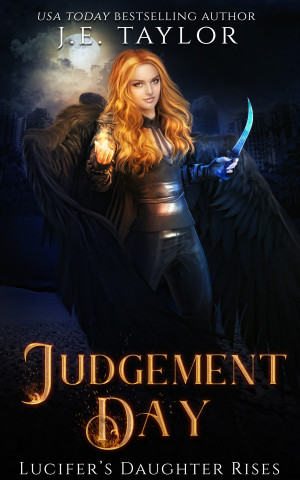 Judgement Day by J.E. Taylor
Price: $2.99 USD. Words: 43,310. Language: English. Published: October 19, 2019. Categories: Fiction » Young adult or teen » Fantasy, Fiction » Young adult or teen » Paranormal
Nothing is easy. Especially when your only choice is between death and never existing at all. Faith Kennedy faces the toughest challenge of her young life. She must hunt Lucifer and put him down at all costs, or otherwise the world will burn. But if she succeeds, she may wipe herself, and everyone she loves, out of existence. 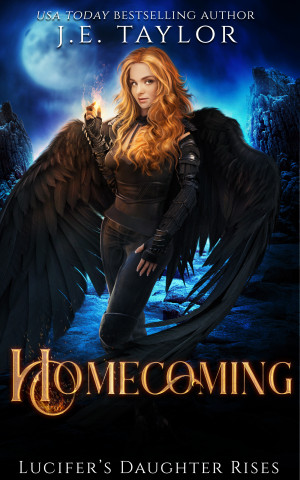 Homecoming by J.E. Taylor
Price: $2.99 USD. Words: 56,130. Language: English. Published: October 18, 2019. Categories: Fiction » Young adult or teen » Fantasy, Fiction » Young adult or teen » Paranormal
Being supercharged doesn't mean you can stop the inevitable. Faith Kennedy must hunt down the devil before he can claim her boyfriend as his own. If she fails, she may have to kill her one true soulmate. 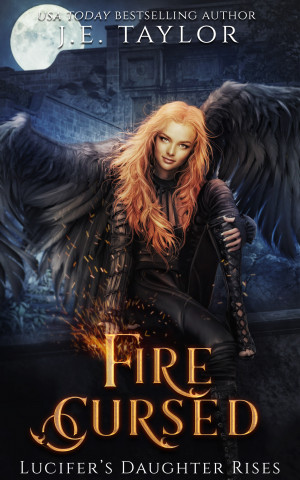 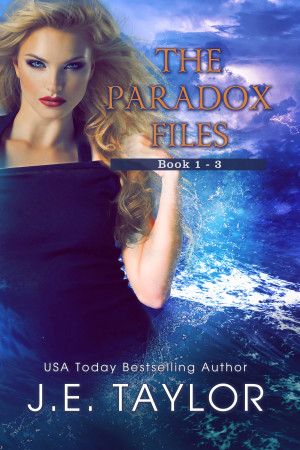 The Paradox Files: Books 1-3 by J.E. Taylor
Series: The Paradox Files. Price: $7.99 USD. Words: 95,380. Language: English. Published: December 4, 2018. Categories: Fiction » Fantasy » Urban, Fiction » Fairy tales
A protector. A lost soul. A siren looking for salvation. Kylee Paradox is a bounty hunter of the damned. If just one innocent dies during the hunt, then it's Kylee's soul on the line. 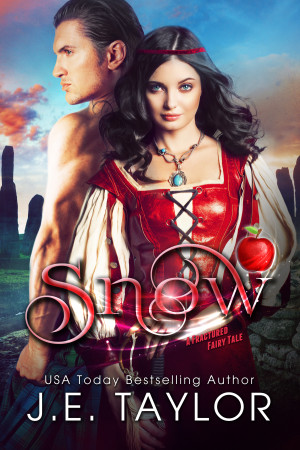 Snow by J.E. Taylor
Price: $2.99 USD. Words: 21,850. Language: English. Published: October 31, 2018. Categories: Fiction » Fairy tales, Fiction » Romance » Paranormal
Even though Maggie White has been battle-ready since the day she went into hiding, she is not prepared for the army of the dead or their tainted blades. 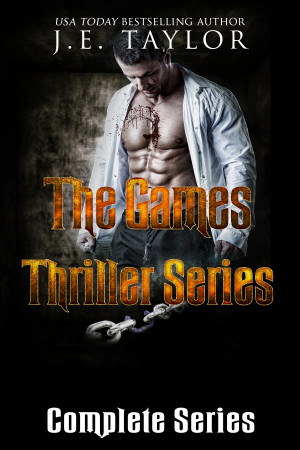