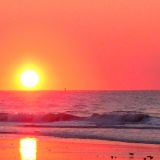 Published 2015-03-25.
Describe your desk
I walked into the forest the day after a storm. There, in a burnt section of grass, was a very old tree which now lay on its side. The cut had been cleanly made by the lumberjack known as lighting. Sad to see this once mighty forest soldier fallen, I decided to save it from the slow decay that this new phase, this death, would offer it. Using my ax, I chopped the trunk into pieces which could be hauled away without disrupting the peace of this sanctuary. I spent long hours for the next month carving and crafting, listening to the wood, until at last the new function of the tree came into being. There it stood- my mighty desk- a gift from nature.
Sorry, sorry, sorry… that was all made up. Bummer, I know. But that story was way better than the reality, which is that this desk was on sale at Staples. I do actually have some wood working talents, but the largest thing I ever created was a clock. A very nice clock, mind you, but still. I am related to someone who could turn a tree into a desk. He built a tractor out of wood. I think that’s pretty interesting. He has a full time job at a machine shop now though, so he doesn't exactly have time to go into the forest and find a down tree from which to build me a desk.
What's the story behind your latest book?
The reference guide, Preparing to Write Settings That Feel Like Characters, is the result of a discussion about an #MSWL post. A literary agent said that, on her manuscript wishlist, was a book where the setting felt like it was a character in the story. Someone asked me if I knew how to do that. They said they searched online and in various ebook stores, but couldn't find something on the subject. I looked, but there were only two articles with vague information. So, being that I do happen to know how to do this, I decided to write a book on it.
What motivated you to become an indie author?
The market for "Preparing to Write Settings That Feel Like Characters" is going to be a small one. The book is really only aimed at fiction writers, and only ones that have an interest in this particular story trait. There aren't many books in print that have settings as characters, so it probably isn't something many authors are interested in learning. I imagine there might be a few though. So I've created this book for them. Given that I know it doesn't have the market to sell to millions, I figured that a traditional publisher wouldn't be interested. Also, this subject is my blog topic for the A to Z challenge 2015, and I didn't wish to deal with anyone telling me that I couldn't give half the information away for free. I didn't make it as a book to earn tons of cash. I made it as a guide to my fellow writers who want to learn about this fun topic. This is just my way of sharing knowledge, not my way of trying to crack any best-seller list.
Do you have any tips on overcoming writer's block?
Go write a letter of resignation.
http://www.pinterest.com/pin/391109548862482187
What is the greatest joy of writing for you?
When I've created "something" unique or different, and it really "hits home" for a reader, because nothing else s/he has ever read or watched conveyed that "something," and the reader feels moved as a result-- that's the greatest joy of writing for me.
What do your fans mean to you?
Fans mean that my characters will outlive me, and that my knowledge may be passed on. Fans are a kind of immortality.
When you're not writing, how do you spend your time?
I enjoy video games (such as The Sims and Sid Meier's Civilization), finding drawings of dragons on Pinterest, and watching movies.
What are your five favorite books, and why?
Divergent series by Veronica Roth - This is a favorite of mine because I like the power, and the flaws, that main character Tris has. She seems so much more real to me than other characters I've encountered, especially young female ones.

The Catcher in the Rye by J. D. Salinger - This was the first book I read that was so vastly different from anything a school library offered. It became my favorite because the main character was so ordinary, so much like many people I knew, and yet so totally unlike any fictional character I had encountered before.

Yefon: The Red Necklace by Sahndra Fon Dufe - The voice is so authentic, and the story is so gripping, powerful, and educational, that it made the book one of my new favorites.

Protector of the Small series by Tamora Pierce - I have no idea what it says about me, but I fall for action stories with female leads. This was the fantasy book I read with a main character female on the path to knighthood, and as such, it instantly became one of my favorites.

Harry Potter series by JK Rowling - Every time I think I have a direct answer to why this is among my favorites, I discover yet another reason that I love it! Just throw me in the fandom boat and be done with it.
Who are your favorite authors?
Other than myself?
Ia Uaro
J. D. Salinger
Stephen King
J. K. Rowling
R. L. Stein
Richie Tankersley Cusick
Stephenie Meyer
Kevin Smith, aka Silent Bob
Rosanne Bane
Bill Bryson
What is something odd thing about you?
I have lived in a part of Pennsylvania (USA) where the belief that photography can steal the soul of a person is still prevalent.

My Lenni Lenape people also hold the belief that a name is sacred. Our people use nicknames or only part of our true name in social settings. (We refer to each other according to the relationship- Mother, Father, Brother, Friend, etc.) Each person for thousands of years has had a unique name. The common custom today of a baby being named shortly after birth by the parents is very different from our ways. A child would be about seven years of age when brought to the Name Giver, who is a person selected by the Great Spirit (or God). The true name may be given at once, or may take years, for the Name Giver must have a vision to discover what it should be. No other may ever have that name. It dies along with our body and travels with our spirit. A witch could kill simply by using our true name. It is believed that knowledge of the true name could also trap a soul.

So please, feel free to just call me J, and to enjoy the sunrise image I use to identify myself online.
Smashwords Interviews are created by the profiled author or publisher. 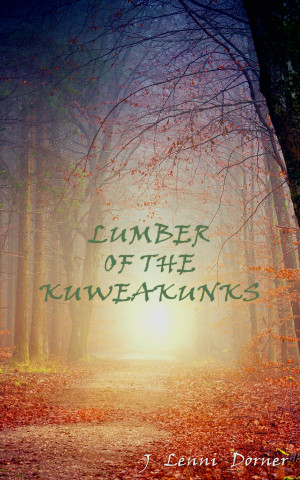 Children are missing. One minute they were in class, the next they had vanished. They aren't the first people to disappear from the area. Hokus Wood has a mythical secret. A history lesson might be the key to getting the children back. 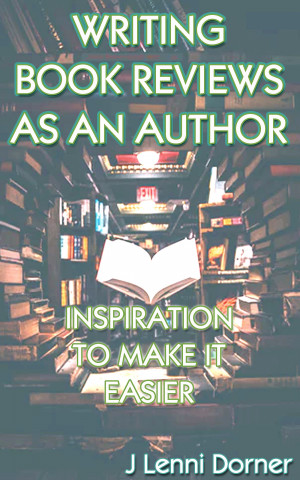 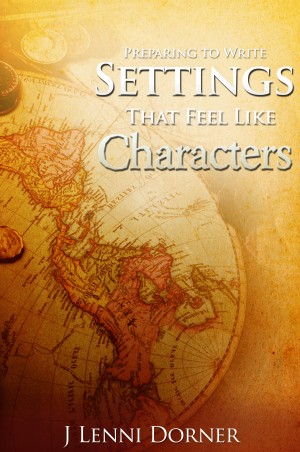 This reference guide is a tool to help you organize your thoughts and ideas to obtain the goal of making a setting that feels like a character. The Setting Character Sketch (to copy and use with the book) is on the blog of J Lenni Dorner.