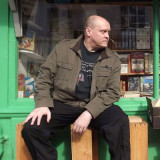 Published 2018-06-25.
In no more than ten words, why did you become a writer?
A progression from storytelling that has been even more fun.
How did you get your first proper opportunity?
A Canadian-based website specialising in science fiction, science fantasy and speculative flash fiction, 365 Tomorrows ( http://365tomorrows.com ) brought to my attention a specialised form of story making – flash fiction. I found a knack for it and became a staff writer for the site in late 2011. I had three stories a month published on the site and increased to four stories each month from April 2016. They publish a new story every day, either from the half-dozen staff writers or submissions from authors around the world.
What motivated you to become an indie author?
My writing rarely produces material that would be considered mainstream. After spending a long while taking a good, hard look at the publishing industry, I decided that having gone as far as getting my own paperbacks printed in addition to ebooks via Smashwords, not going further would be silly. In 2013 I became a UK registered publisher and have been regularly publishing books ever since.

My books. My way. Delivering my best work, in high quality formats regardless of platform, to the people who enjoy it, and doing so at a reasonable price.
What’s the worst thing about self-publishing?
Apart from the derisory view that many people still hold regarding books published by the author without the implicit ‘seal of approval’ gained by having a deal with a publisher, I have found that the doubts are the worst. From the quality of each story to the cover art, format, layout and design, every aspect may feel and look right, but the little doubts regarding worthiness persist.
Can you share some of the ‘great works’ that have inspired you?
Guy Gavriel Kay’s Fionavar Tapestry Trilogy is, to me, the finest piece of fantasy ever written. The sheer scope of the work, implicitly and explicitly, is staggering in its all-encompassing sweep. For science fiction, Kevin J. Anderson’s Saga of the Seven Suns stands as the most massive (seven volumes and a graphic novel prequel) work that delivers a satisfying story. Joel Shepherd’s first in the Cassandra Kresnov trilogy – Crossover - is a beautiful example of science fiction thriller that addresses some deep concepts. In the graphic novel format, J. Michael Straczynski’s Midnight Nation is a masterpiece. Timeless classics for me are Michael Moorcock’s Elric of Melnibone and Robert W. Chamber’s King in Yellow. Finally, the early works of Andre Norton and any of Mick Farren’s fiction – I consider them to be the two writers that have had the greatest influence on my writing style.
What do you think is the secret to having a good writing career?
Keep writing. Never stop. Seek out people who will be honest about your writing, in grammar and in content. But never let anyone dictate to you about the stories you are telling. They can advise you, but it is your story. Tell it your way.
Do you agree that you must ‘write what you know’?
In part. Having a ‘working’ knowledge of a topic can lend technical depth and provide insights that the average reader is unaware of, but really, you should write what you want to and do it when the inspiration arrives. Get it down on ‘paper’, at least enough to capture the feel and idea. Even if it’s not fit for publication, it’s all good practice, keying your creativity to the outlet of writing. Imagination is designed to take you places where you haven’t been, after all. If that place happens to be an area where there are genuine experts available, do research and strike up a conversation with them after you have captured the core of the work. Insight from professionals can improve your work, but only you can create the story.
What are you goals for the future?
Distressingly simple, really: write more. I have many more stories to tell and I’d like to get to a point where I can take the time to work on the couple of really big writing projects I have had lying around in fragment and note forms for over 20 years.
Who are your favorite authors?
I am more inclined toward favourite books rather than the whole works of many authors, but, if you pushed for an answer, I'd have to say Mick Farren and Andre Norton have written the highest number of books I love.
It's been four years since the interview. How have things progressed?
I've continued writing and have been fortunate in being able to expand my proofreading and editing group, which keeps the quality of my work up. Every book is better than the last in some way.

Twenty-two books have been published with the 23rd and 24th coming this year (2018).

I remain astonished that many of my earlier editions have sold out and I now have regular readers.

I continue to write four stories a month for 365tomorrows.com and still love doing it. The flash fiction format has always been easy for me and I have extended my use of it into a 'building block' method for creating larger works.

My writing remains chaotic, with over a dozen books in progress as I type. But, I wouldn't have it any other way.

I hope even more readers find that their imaginations and my writing get along.
Smashwords Interviews are created by the profiled author or publisher. 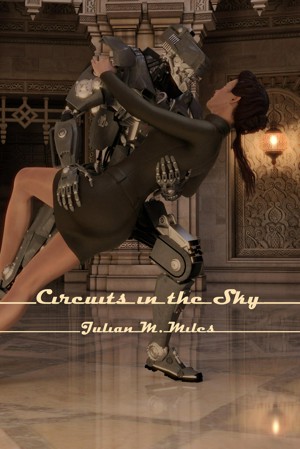 Circuits in the Sky by Julian M. Miles
Series: Visions of the Future - Short Story Collections. Price: $1.99 USD. Words: 43,470. Language: English. Published: August 20, 2022. Categories: Fiction » Science fiction » Adventure, Fiction » Science fiction » Short stories
From alternate history, through dystopian tomorrows, to the furthest reaches of mankind’s exploration of space, Julian uses short fiction to conjure many visions of what could be. This book draws from his annual Visions of the Future series to provide a selection of fine tales for your entertainment. 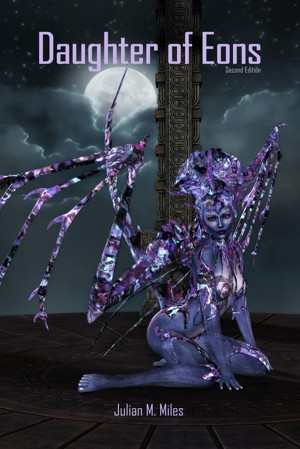 Daughter of Eons: Second Edition by Julian M. Miles
Series: Visions of the Future - Short Story Collections. Price: $1.99 USD. Words: 53,970. Language: English. Published: August 20, 2022. Categories: Fiction » Science fiction » Adventure, Fiction » Science fiction » Short stories
From dystopian tomorrows, through parallel worlds, to discoveries at the furthest edge of mankind’s colonisation of space, the stories in this book will take you far from the days and the ways that you know. Julian has collected the best of the short stories from the out-of-print first 5 years of his annual 'Visions of the Future' short & flash fiction anthologies into this spectacular volume. 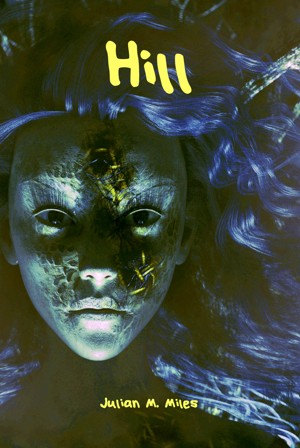 Hill by Julian M. Miles
Price: $2.99 USD. Words: 39,810. Language: English. Published: August 10, 2022. Categories: Fiction » Horror » Occult
D.I. Dan Higgin is getting back to being a police officer who deals with mundane things. Until a hunted man knocks on his door, and tells him of a strange girl, a flash drive, and the truth about a place called Blaecken Hill. 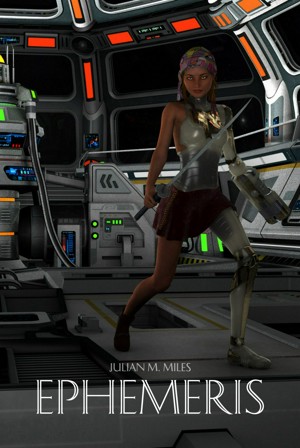 Ephemeris by Julian M. Miles
Series: Visions of the Future Anthologies, Book 11. Price: $1.99 USD. Words: 41,160. Language: English. Published: December 22, 2021. Categories: Fiction » Science fiction » Adventure, Fiction » Science fiction » Short stories
In an increasingly uncertain world, the possibilities for the future range from apocalyptic, thru dystopian, to hopeful. The further they get from today, the stranger things could become. From that simple inspiration, Julian has spent the last year creating dozens of vistas for this book: from dystopias and disasters to the furthest reaches of space. 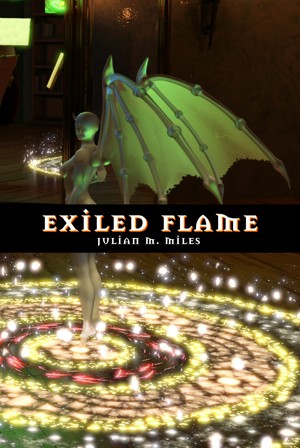 Exiled Flame by Julian M. Miles
Price: $2.99 USD. Words: 27,130. Language: English. Published: October 19, 2021. Categories: Fiction » Science fiction » Adventure, Fiction » Science fiction » Cyberpunk
DS Tanner and DC Reeves don’t know why this seemingly uncatchable gang are stealing bodies. Narbyl is doing the best he can to protect his people, but what arrived today will change everything. If one side or other don't get lucky, it could also kill millions. A tale about angels, bodysnatching, criminal investigation, demons, goddesses, hacking, loyalty, and magic in a cyberpunk future. 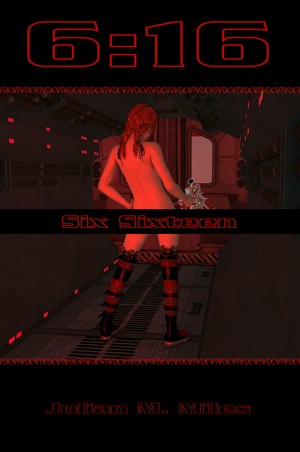 Six Sixteen by Julian M. Miles
Price: $2.99 USD. Words: 39,060. Language: English. Published: July 1, 2021. Categories: Fiction » Science fiction » Cyberpunk, Fiction » Horror » Crime
Conn Docherty has been a contract detective in Metropolis London for twelve years. He thought he'd seen everything the 22nd Century could throw at law enforcement. Then a naked, three-metre-tall woman holds up a tube train. He’s about to find out that what he's experienced is nothing compared to the insanities and truths that lie just out of sight. 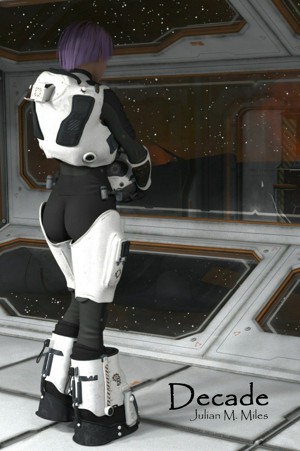 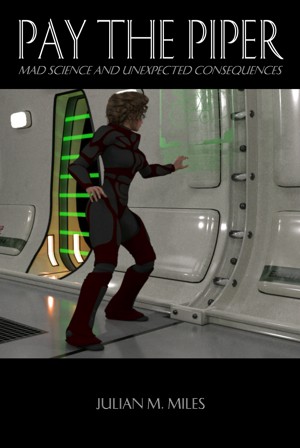 Pay the Piper - Mad Science and Unexpected Consequences by Julian M. Miles
Series: Visions of the Future - Themed Collections. Price: $0.99 USD. Words: 21,950. Language: English. Published: November 14, 2020. Categories: Fiction » Science fiction » Short stories, Fiction » Science fiction » Adventure
A mad scientist has been the villain in so many stories. The twentieth and twenty-first centuries have let us witness some results that previous generations would have regarded as further examples. This anthology collects stories that feature science gone awry or run amok, by accident or design, drawn from the first nine volumes of his Visions of the Future anthologies. 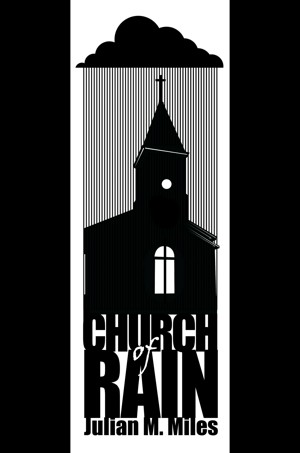 Church of Rain by Julian M. Miles
Price: $2.99 USD. Words: 22,530. Language: English. Published: August 31, 2020. Categories: Fiction » Horror » Weird fiction, Fiction » Horror » Occult
This planet has known many powers. Some have been regarded as divine. Several are departed, but not necessarily gone. These powers have often clashed. Myths tell of cataclysms, atrocities, and stranger events. Roy often dreams of an impossible church. He’s sure it’s waiting for something. That something just happened. It's going to kill him unless he can work out what it is and how to stop it 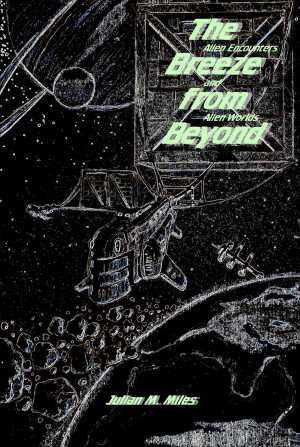 The Breeze from Beyond - Alien Encounters and Alien Worlds by Julian M. Miles
Series: Visions of the Future - Themed Collections. Price: $0.99 USD. Words: 21,960. Language: English. Published: May 7, 2020. Categories: Fiction » Science fiction » Adventure, Fiction » Science fiction » Short stories
The heart of science fiction has always been what we could find out among the stars, or what has already found us on or near Earth. This anthology collects stories that feature a range of close encounters – where, in some cases, we’re the aliens - drawn from the first nine volumes of his Visions of the Future anthologies.
View their profile to see all of their books